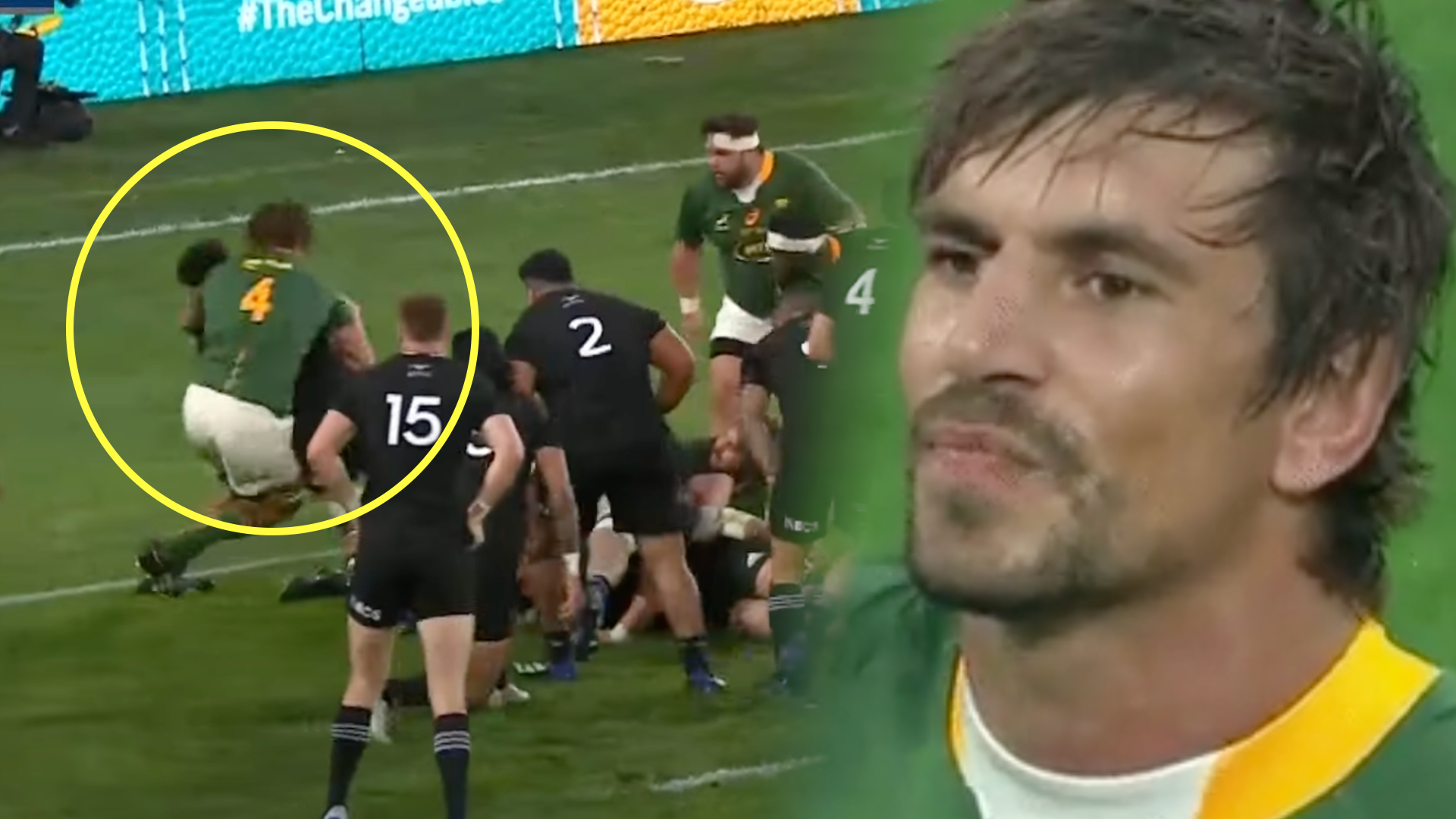 Ardie Savea is a very, very hard man to stop when he is within five metres of the try line such is his strength and explosive power and there are not many players that could overpower him. Eben Etzebeth, however, is one of those players.

The Springboks lock showed what an absolute freak of nature he is at Ellis Park yesterday against the All Blacks, with one of his most insane contributions coming in the first half. The All Blacks No8 was literally over the line as he clambered over a ruck, but was grabbed by the Bok centurion who proceeded to savagely manhandle him and throw him back into the field of play. It was stunning piece of play, which perhaps did not get the credit it deserved at the time as hooker Samisoni Taukei’aho scored just seconds later. But it is no exaggeration to say that only one player on the planet could have done this to Savea, and unfortunately for the All Black, it was the one he was right next to as he dived for the try.

Savea was able to get his own back over the Boks later in the match from close range, as he was able to wrestle through the clutches of Kwagga Smith and Jasper Wiese before offloading to David Havili for the late try that put the All Blacks in the lead. This was not Etzebeth he ran into though, so the lock can feel pretty happy for himself.

Despite being held up by Etzebeth, Savea was sensational in the All Blacks’ win, putting in a World Rugby player of the year performance in Johannesburg. A try would have topped off his performance, but it does not detract from how epic he was in what was a historic victory.