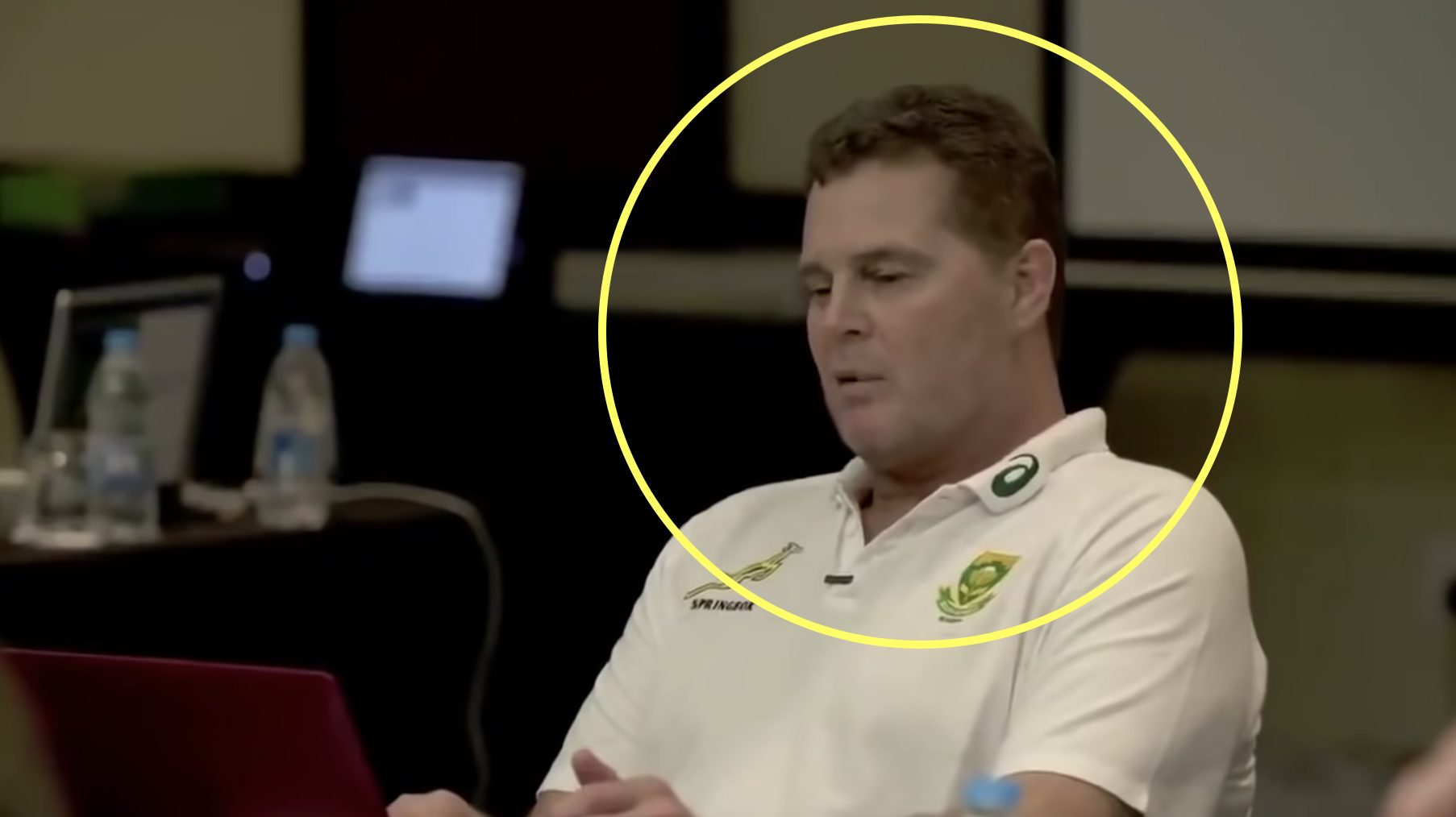 Reports have emerged that South Africa Rugby are about to leak the much anticipated sequel to Rassie Erasmus’ blockbuster 62-minute rant over the officiating of the referees during the the Springboks’ series with the British & Irish Lions, this time with a whole extra minute of rambling.*

The 63 minute epic still stars the South Africa director of rugby as the beleaguered hero, but after defeating his archenemy Nic Berry in the summer, he now takes on World Rugby, who banned him with immediate effect from all rugby activities for two months and from all match-day activities until September 2022 because of his first film.

The latest instalment includes some fan favourite catchphrases from his smash hit such as “we don’t want to nit pick and show every mistake they made” and “if you think this was going over the top and this shouldn’t go out to the media, then I did this in my personal capacity, not as part of the Springboks. And I’ll withdraw myself from the Springbok management team.”

Fans of the wider Rassie ranting cinematic universe will have to wait until next year for the Endgame finale though, where the South African takes on the Grand Overlord Warren Gatland.

Like the first video, this latest one will be ‘leaked’ again, although the written report from the World Rugby hearing reveals South Africa actually emailed Berry after the first Test to warn him that they will be going public with their complaints.

While Erasmus serves his ban, there are rumours that he will be collaborating again with his longstanding artistic partner Jaco Johan. The world waits with bated breath to see what they can deliver with the Oscars fast approaching.

SA Rugby, who were also fined £20,000, confirmed in a statement that “both parties confirmed they will exercise their rights to appeal the verdicts.”

*There are no reports.