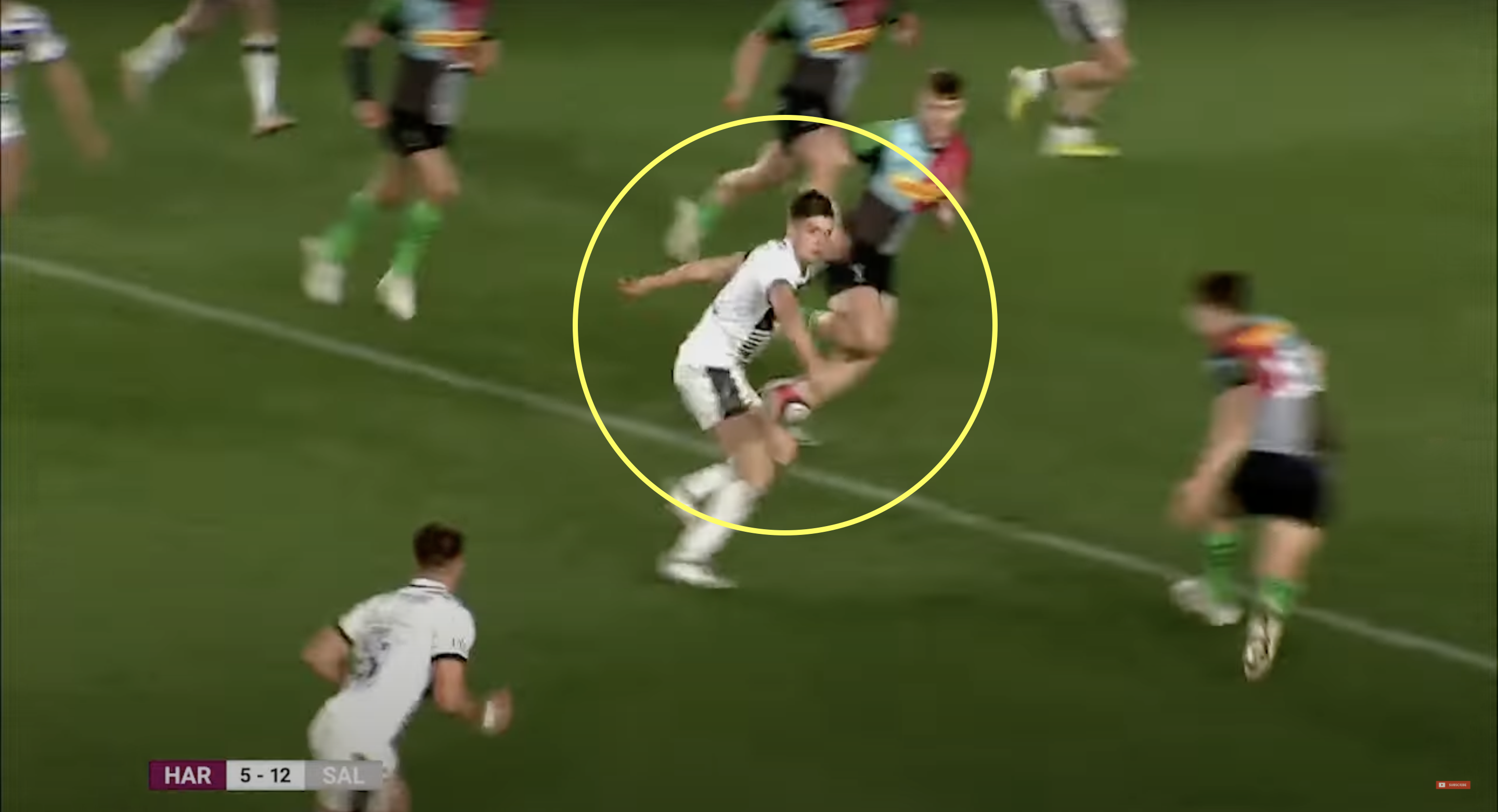 If the Premiership Rugby Cup is there to allow some clubs to blood some youngsters into professional rugby, Sale Sharks director of rugby Alex Sanderson would have liked what he saw yesterday at the Stoop against Harlequins.

A team full of up and coming players, with a mix of experienced heads, beat the reigning English champions Harlequins 34-29 last night in London, scoring some cracking tries in the process. Their third try was particularly impressive as their backs showed the full bag of tricks with their passing.

The try was finished by Simon Hammersley, but this was a very well worked team try, which involved the entire backline. From the long pass from scrum-half to Will Cliff to inside centre Tom Curtis, to his pull back pass for fly-half Kieran Wilkinson wrapping around, to his quick flick to blindside winger Jack Metcalf, to his one handed offload to fullback Joe Carpenter, to his perfect pass to allow Hammersley to run onto the ball at pace, this was a well executed move under serious pressure.

Sale will hope that this will give them a bit of momentum ahead of a crunch match against Saracens this Friday at the AJ Bell in the Gallagher Premiership.