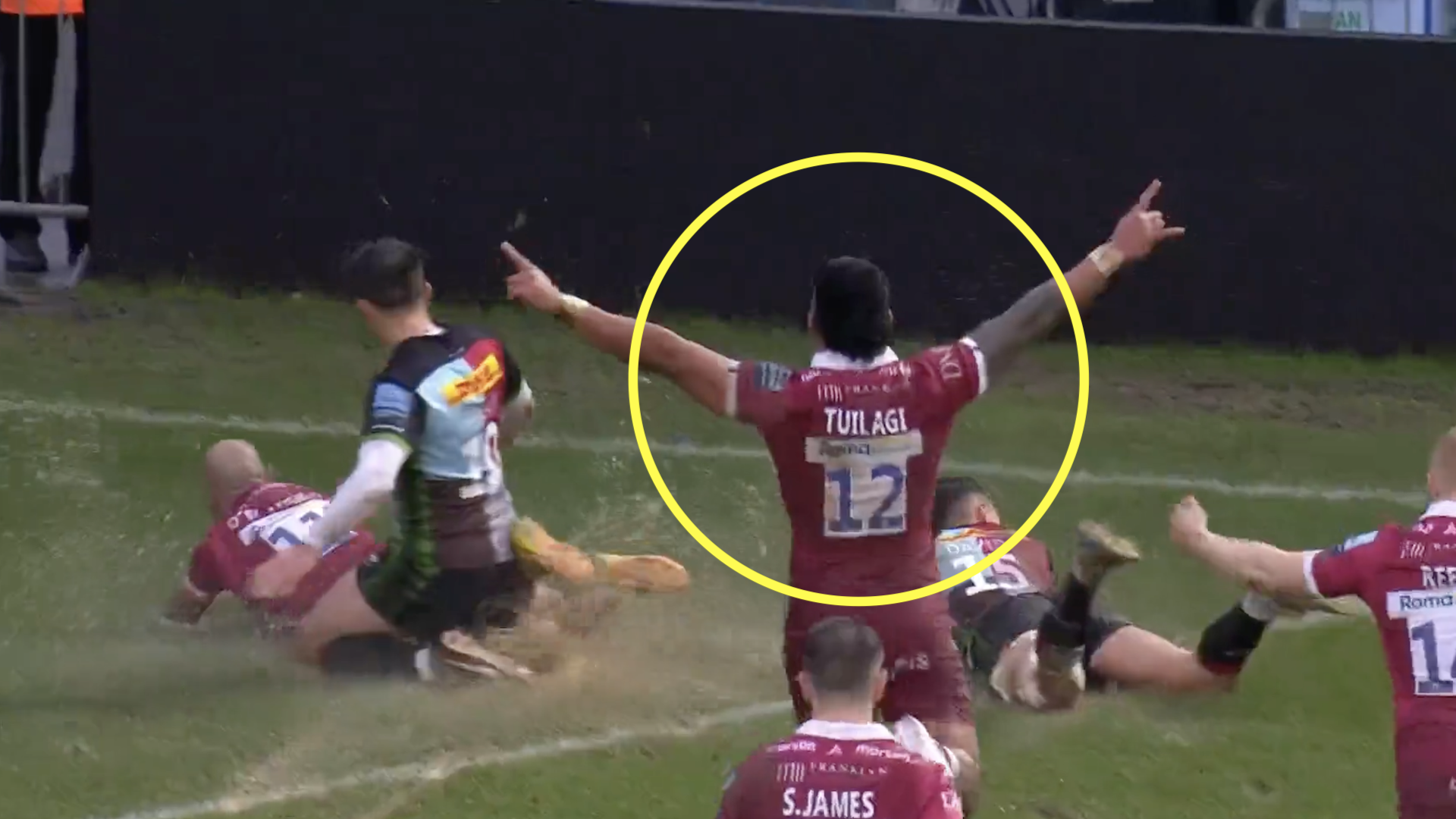 Sale teach England how to use Manu Tuilagi

There were a lot of things that England got wrong over the autumn, a lot, but how they used Manu Tuilagi was one of the most noticeable things.

Not that many of England’s backs did particularly well, but every time Tuilagi made a carry he was swarmed by defenders, meaning he made very few breaks or beat very few defenders. Given how poor England were, it is wrong to write off the 31-year-old, but his Sale Sharks and England teammate George Ford has highlighted how to use the 110kg centre.

“If you create a one-on-one for Manu, or half a shoulder for Manu, he’s impossible to tackle pretty much. Also, it’s about how we can get Manu with time, with space, and with those opportunities in phase play, not just off a set-piece.

“You can design a play off a set-piece but you need to get Manu with the ball in his hands when it is a little bit more unstructured, when he can get the ball in a channel and he’s got a one-on-one.

“Again, that’s a lot of deception, that’s not just giving it to Manu and ‘there you go, take the whole team on’. It’s about your team mindset and philosophy.”

Well Sale pulled off a move that bought into that philosophy at the weekend against Harlequins. However, this time Tuilagi was part of the deception that Ford spoke of. What’s more it was with a move that was very similar to the one that England played a lot over the autumn (so much so that the All Blacks were able to pick it off and score and interception try through Dalton Papili’i).

On this occasion Tuilagi was a decoy runner who fixed Quins defenders Cadan Murley and Andre Esterhuizen, so much so that they were unable to drift across the field and cover fullback Luke James, who ran through a gap and put Tom O’Flaherty in to score.

Ford probably had a huge play in this move despite not playing. The fly-half has likely been another coach for Sale while he recovers from an Achilles injury.

The fact that this was against Harlequins, coached by England’s new attack coach Nick Evans, may have given him some ideas for England this Six Nations.

That is beautifully constructed by @SaleSharksRugby! 🦈