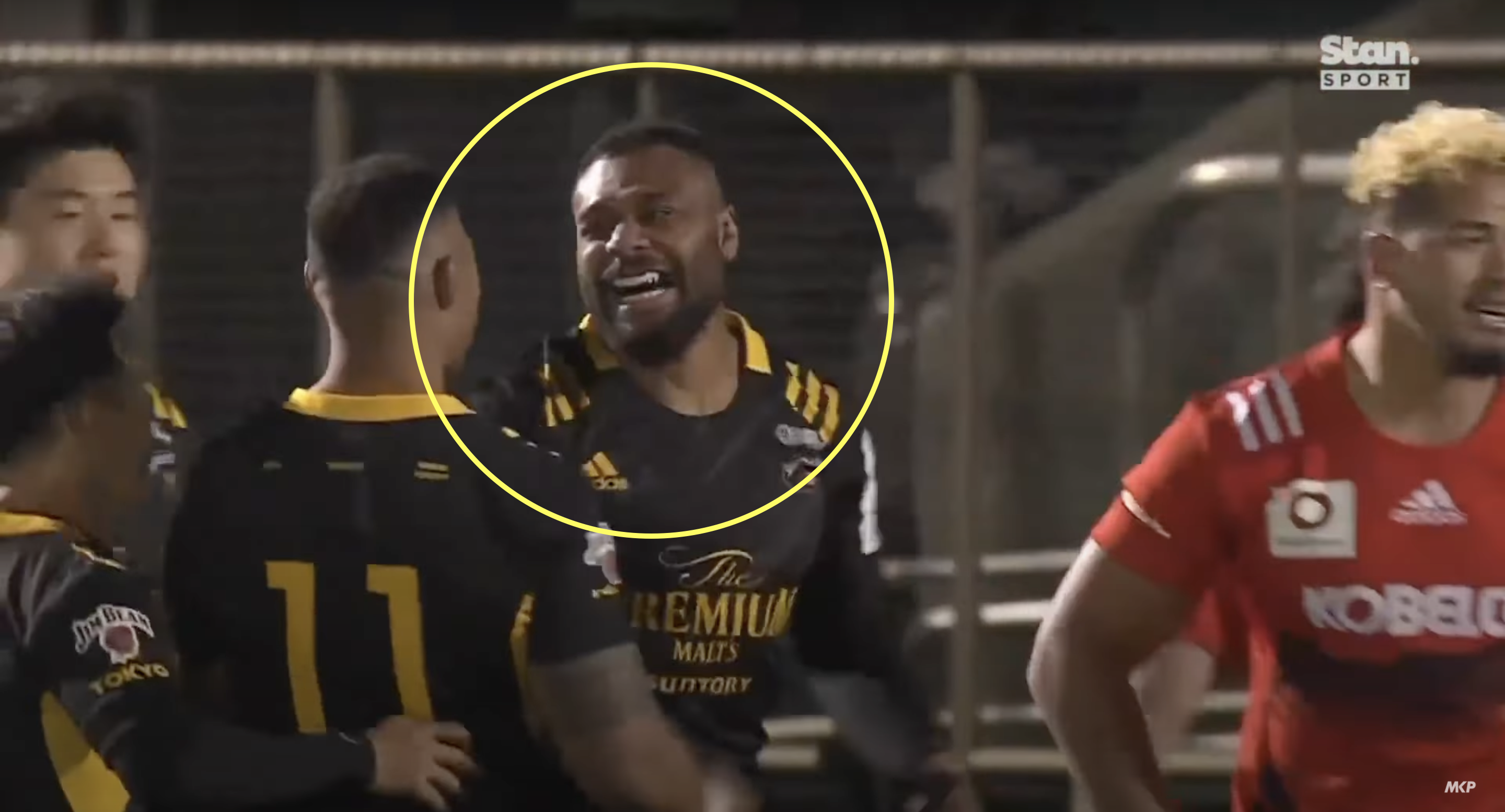 Samu Kerevi is actually playing on another level currently

You would be hard pushed to name an Australian player who has been in better form than Samu Kerevi over the past 18 months, as he continues to tear it up in Japan.

Playing for the high flying Suntory Sungoliath, the 28-year-old has been at his rampaging, offloading best, and perhaps one of his best performances of the year so far, against the Kobe Steelers in March, has been shared by Jacob McDonald on YouTube.

A tweaking of the Giteau Law last year allowed Kerevi to rejoin the Wallabies camp, alongside Quade Cooper, and they made a huge impact to Dave Rennie’s side. There is little doubt that he will be one of the players that will be brought back into the Wallabies fold later this year.

Of course, his Wallabies exile has not solely been because he has been in Japan, as he also turned his attention after the World Cup to sevens, as he sought to compete at the Olympics. But the 2023 World Cup will now be his main focus, and there’s no way Australia cannot pick him, regardless of where he plays.

Rugby Australia boss Andy Marinos addressed this issue earlier this year, saying: “The updated policy follows extensive consideration and consultation, to ensure we could find the right balance between the importance of selecting players within our domestic competition structures.

“It also allows the selection of overseas players as an exception, rather than a rule and only if that player has made a significant contribution to the game in Australia.

“Rugby is a global sport and we recognise the challenging environment we operate within where we realise we cannot keep all players on our shores.

“This policy shows we will continue to prioritise the players that are playing in Australia.

“These will be the first group of players considered for international selection before further consideration is given to any players playing abroad.”