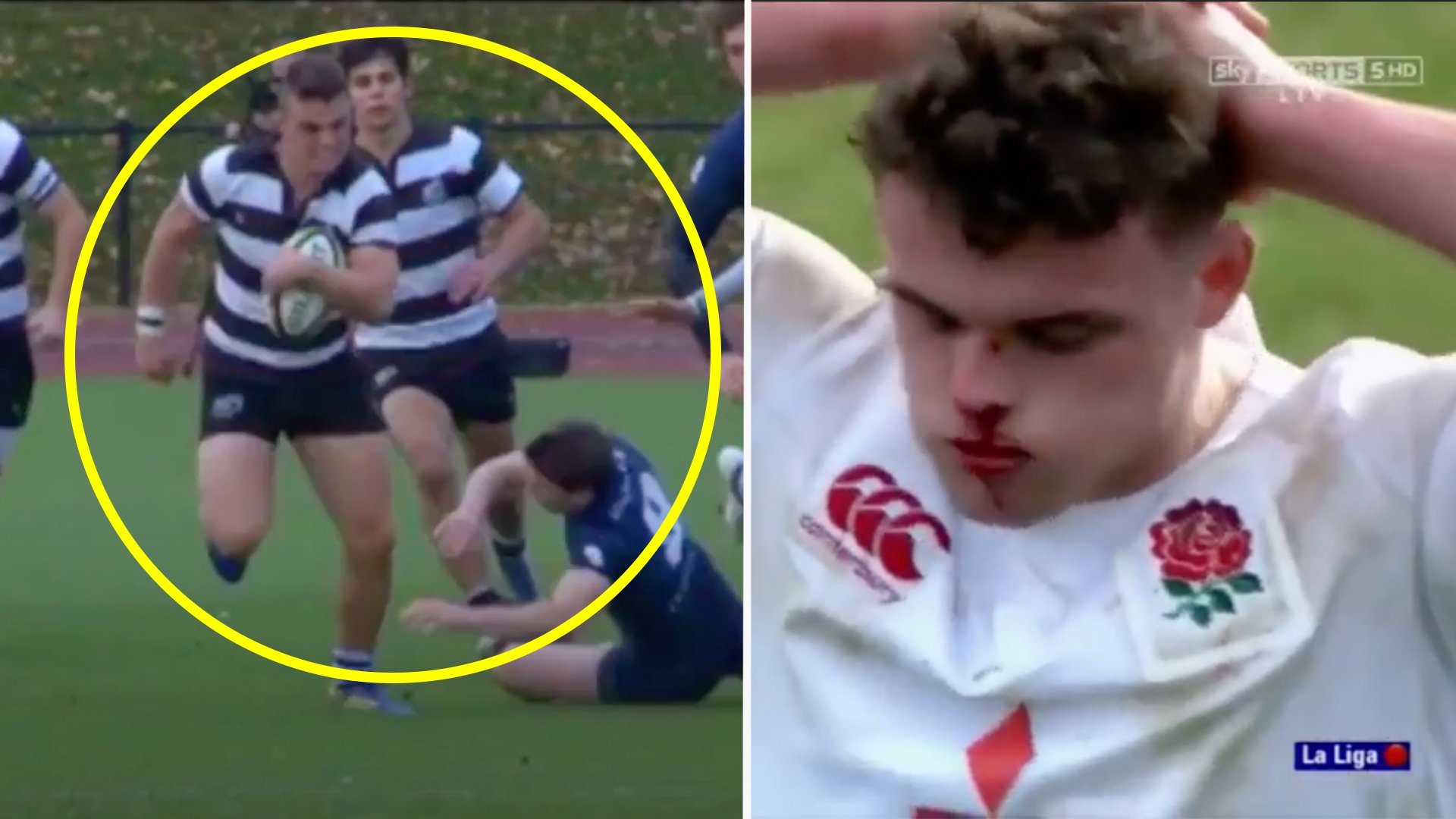 Saracens back row Ben Earl has one of the most destructive schoolboy highlights that we have ever seen! A highlight video has recently emerged showing just how good he was when he was at Tonbridge school in Kent.

We were sent these highlights late last night by a user under the name of ‘Edward Surguy’.

We didn’t think much of it, it is quite common for rugby players who go pro to have decent schoolboy highlights. However, when we saw Ben Earl and his highlights from when he was at school, we were left speechless.

Earl committed his long term future to Saracens this year…

@Saracens is delighted to announce Ben Earl and Max Malins have committed their long-term future to the club.
The Academy graduates have penned fresh terms at Allianz Park and will remain in north London until the summer of 2023. pic.twitter.com/nAcwpfiaHH

The Saracens back row played at centre mainly for the Kent-based school, and he left nothing but destruction in his wake.

In the video, he swats aside players on the opposite team like they are not there. We counted six players which he bounced entirely out of the way in the video!

How good has Ben Earl been for Saracens?

RugbyPass recently did a piece on Ben Earl, speaking about how much he has thrived for the London team this season.

Having been released by England for club duty earlier in the year, Earl was a leader by example for a Saracens pack bereft of Maro Itoje, George Kruis, Jamie George and the Vunipola brothers. Even amongst a Rugby World Cup winner like Vincent Koch, a seasoned international like Will Skelton and a player that has exemplified everything that Saracens are about for a decade now in Jackson Wray, the 22-year-old Earl was the focal point of everything positive about Saracens’ pack.

This came directly from the article written by Rugby Scout Alex Shaw!

All you need to do is watch one minute of the highlight reel below of Earl at Tonbridge school to know that he was at a different level to the players around him.

This is a brutal highlight reel which shows how much England players stand out among the competition!