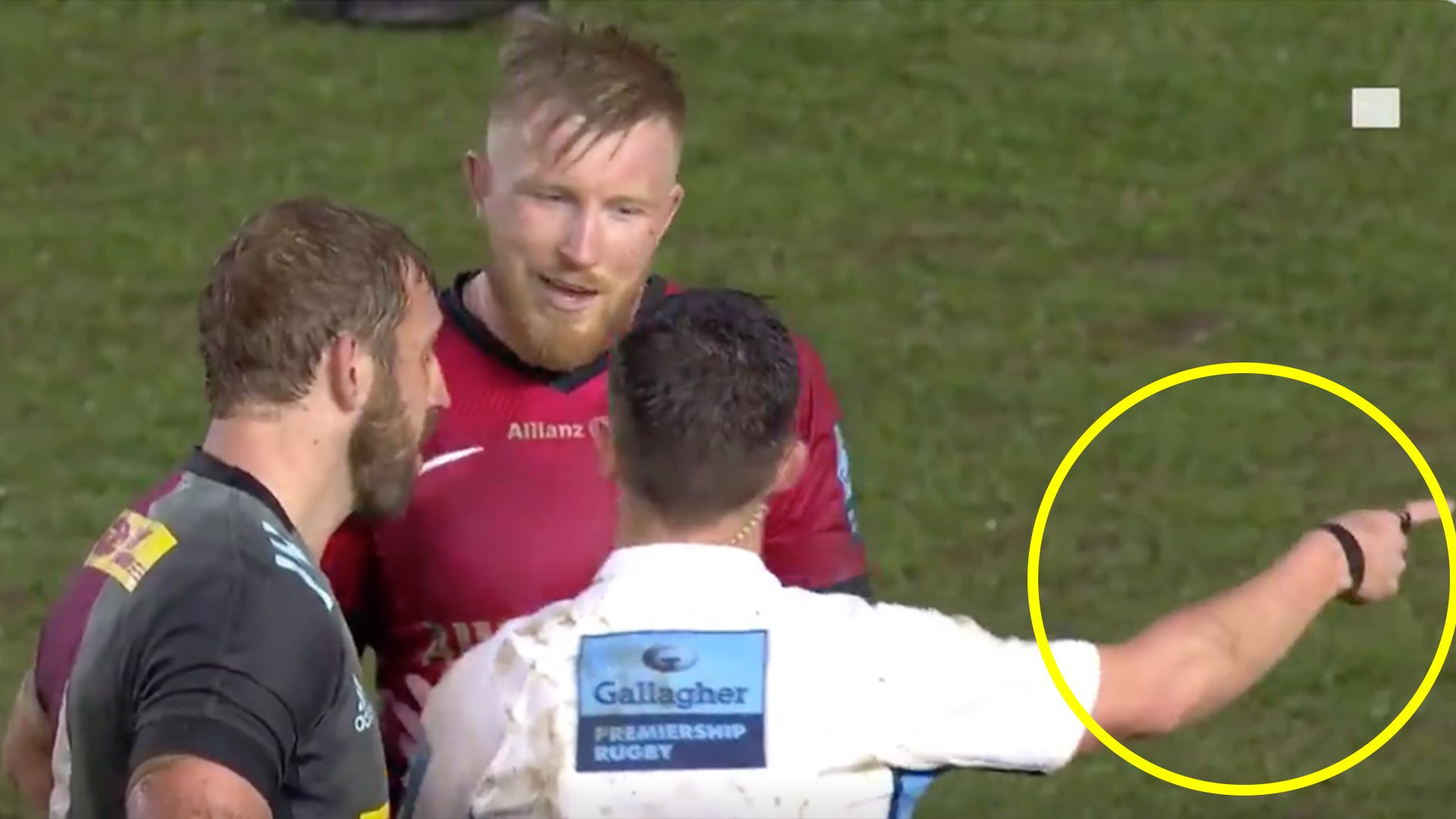 Saracens captain Jackson Wray learnt a timely lesson in rugby today, never EVER disrespect a referee. When you disagree with a ref this is what will happen no matter who you are.

Saracens were well and truly beaten by Harlequins today at the stoop, as they went down 41-14 to a Harlequins team that were bent on defeating the relegated side.

England chasers Alex Dombrandt and Marcus Smith were on superb form for Quins, pushing their case for late inclusions into the national team.

Referee Luke Pearce had enough of Saracens captain Jackson Wray when he kept contesting the decisions that he made.

Pearce swiftly decided to boot out Wray and he picked his own replacement himself!

Fans online loved this no-nonsense attitude from the official…

Luke Pearce has a tendency to not take any sh** from unruly players, even if they’re the captain. It appears that there had been a lot of tension between the Sarries captain and Pearce for some time, and this was bound to happen.

We can’t think of a case where something like this has happened where a captain has been stripped of their captaincy.

This was Saracens worst defeat in four years. Disagree with me if you want.

The reigning champions, who were found to have persistently breached the salary cap, were overawed in the first half as Cadan Murley’s two tries and Danny Care’s effort set up a convincing win.

Without their international stars due to the upcoming Six Nations and with little to play for, Saracens fielded a young side and were ruthlessly exposed by Quins, who climb into the top half of the table.

This stripping of captaincy and tough loss proves to be another dark moment for the London-based team who have had one of the worst rwo weeks a rugby club has ever had.