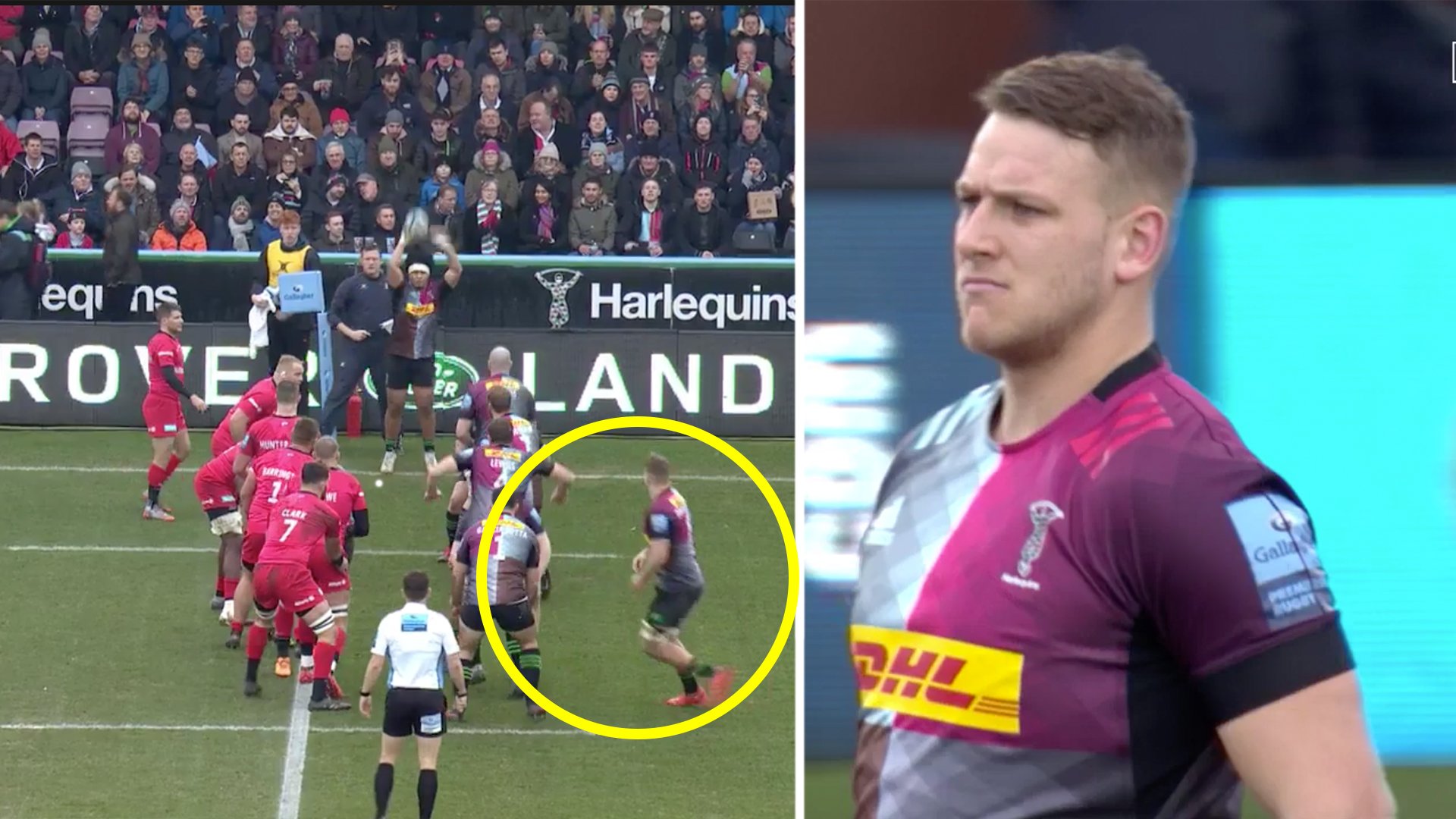 Many people will now know about Harlequins Number 8 Alex Dombrandt. He just did this in the first 40 seconds of the game and Saracens can’t handle him.

Last week Alex Dombrandt learnt that he would not be involved in the England squad for the 2020 Six Nations. Fans couldn’t believe it as the Number 8 has been in incredible form for Harlequins in the Gallagher Premiership.

He has clearly not let this disappointment affect him, and it took him just 40 seconds to dismantle Saracens in the big Sunday clash…

In the first 10 seconds of the game, he ripped the ball out of two Saracens players, and then in the first lineout he makes a break then throws an outlandish pass to set up Danny Care for a try

“Alex Dombrandt shouldn’t be in the England squad” ….said only one person ever….

Dombrandt and Smith off the scale good so far.

Dombrandt should be in that England squad.

Dombrandt is a superb rugby player.

Quins really do step it up a gear against Saracens. Night and day between this side and the one played sale the other week. Dombrandt making Jones look foolish with England omission. #GallagherPrem

Eddie are you ok? #Dombrandt

Dombrandt has been long overdue a spot in the England team. He plays Number 8 for Harlequins and he has been utterly dominant in that position for the London team.

With Billy Vunipola out of the England team with a broken arm, what is Jones’ reasoning for not selecting him in the squad.

It appears to be completely mindless.

Number 8’s with this kind of talent shouldn’t be consigned to just playing in the Premiership.

And to make things even more shocking, this lad is just 22. Twenty-two!

Here is the run impact that he made at the very start of the match. It’s incredible to think that someone playing this well would not be involved in the England team.

Currently, England are looking at putting either Ted Hill or Lewis Ludlam in the 8 position for the team, but surely Dombrandt would make the better fit for a side that could really use his size and power.

Here is the video of his instant impact at the club.