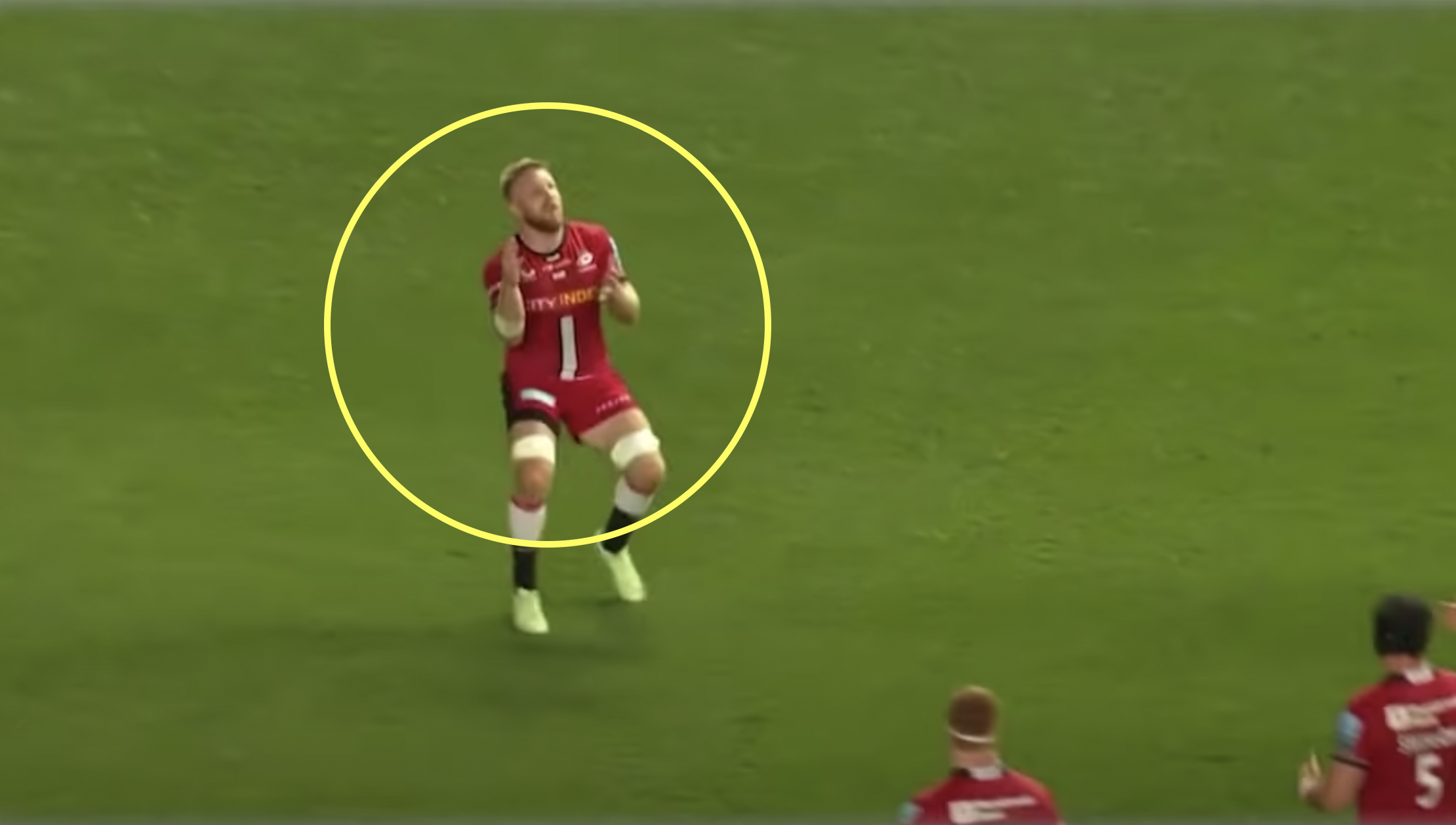 Saracens star proves he really is a certified badass

Saracens loose forward Jackson Wray sent a message out to his followers on Twitter today addressing the injury he picked up against Northampton Saints at the weekend. Nothing out of the ordinary, just the normal messages that players share after an injury.

The 31-year-old veteran wrote on Twitter: “Thanks for all the messages guys, injuries are unfortunately part of the game we love. Look forward to being back on the field with the boys!”

This does not seem that strange or unusual until learning that the injury Wray picked up was actually a fractured skull. Suddenly, a message like this makes him look like the ultimate badass. This is not just a normal rugby injury that the back row is talking about, it is a severe injury that he just casually seems to be brushing off.

Thanks for all the messages guys, injuries are unfortunately part of the game we love. Look forward to being back on the field with the boys!

There is not yet a timeframe on when Wray will be back in action, but he joins a fairly sizeable injury list in North London. Saracens shared their injury list on Wednesday:

Is recovering from an ankle injury and will be back at the start of February.

Has a calf injury which will keep him out until the start of February.

Has had surgery on his shoulder, due to return in March.

Seeing a consultant this week after suffering a fracture in his skull last weekend against Northampton Saints.

Surgery on a knee injury sustained on International duty was successful, is continuing his rehab but will remain on the sidelines for the rest of the season.

Progressing well after ankle surgery, is due to return in mid to late January.

Had shoulder surgery in October and will be back in action at the start of February.

Despite the injury to Wray, Saracens came out 30-6 winners over the Saints at Franklin’s Gardens.