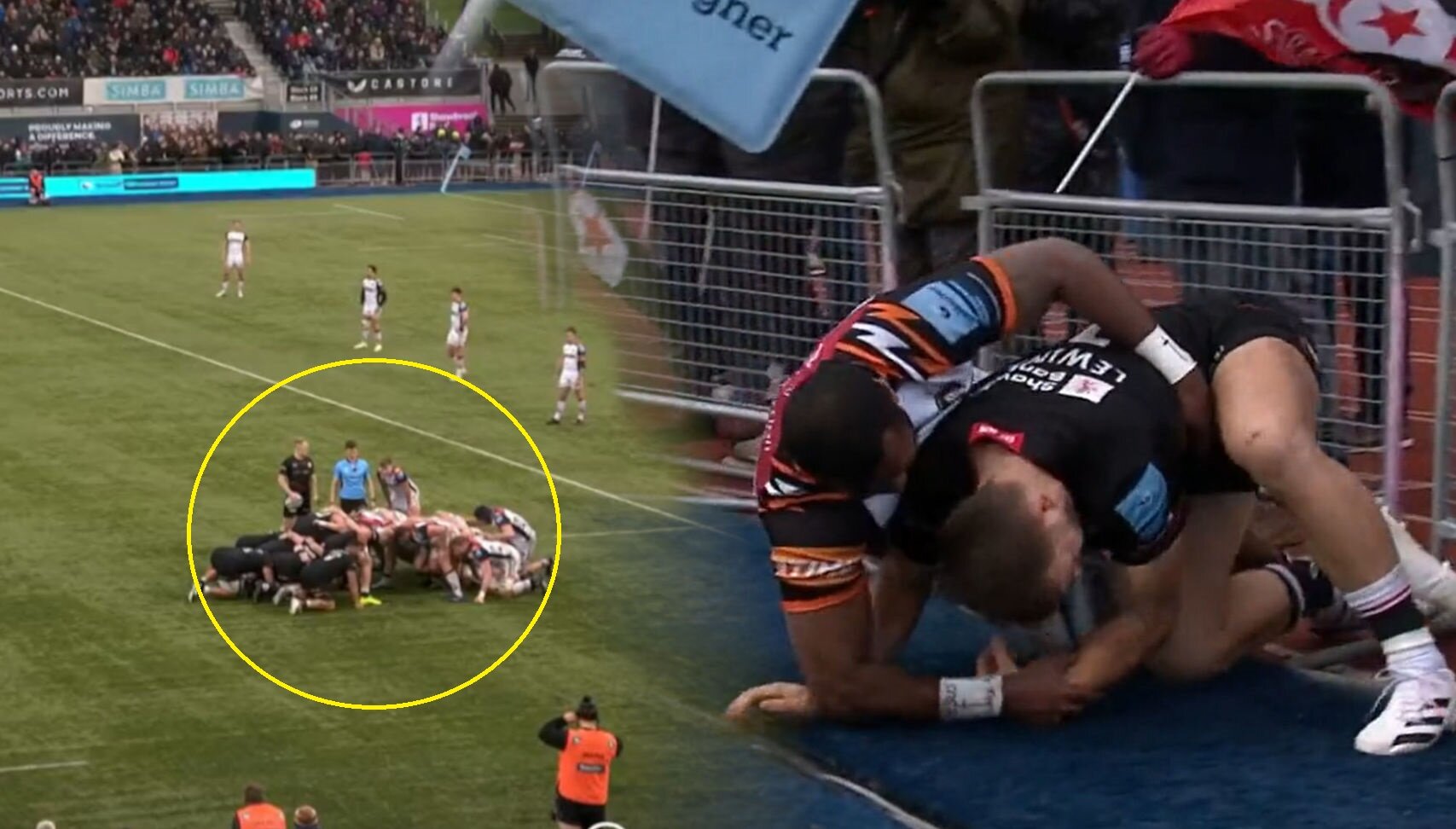 Saracens sent quite a message to Gallagher Premiership leaders Leicester Tigers and the rest of the league today with an epic 34-27 win.

The three-time European champions scored five tries to pick up maximum points, with perhaps the pick of the bunch being a brilliant first half try from a scrum. A wonderful pull back pass from man of the match Nick Tompkins to Alex Goode enabled the fly-half to put Elliot Daly in space, who in turn passed to Alex Lewington who scored.

Such was the speed and slickness of this move that blindside winger Kini Murimurivalu was not able to get across in time. So much so his desperate dive across once Lewington had scored actually resulted in the Fijian being given a yellow card, and Saracens subsequently being handed a penalty at the halfway line immediately after, which they converted.

The Tigers did mount a comeback though, but a late try from Tom Woolstencroft, his second of the match, secured the win for the hosts, which meant they climbed to second in the league, leapfrogging champions Harlequins.

Tremendous shape from @Saracens as Alex Lewington dots down in the corner.#GallagherPrem pic.twitter.com/MIBJKdFGlW