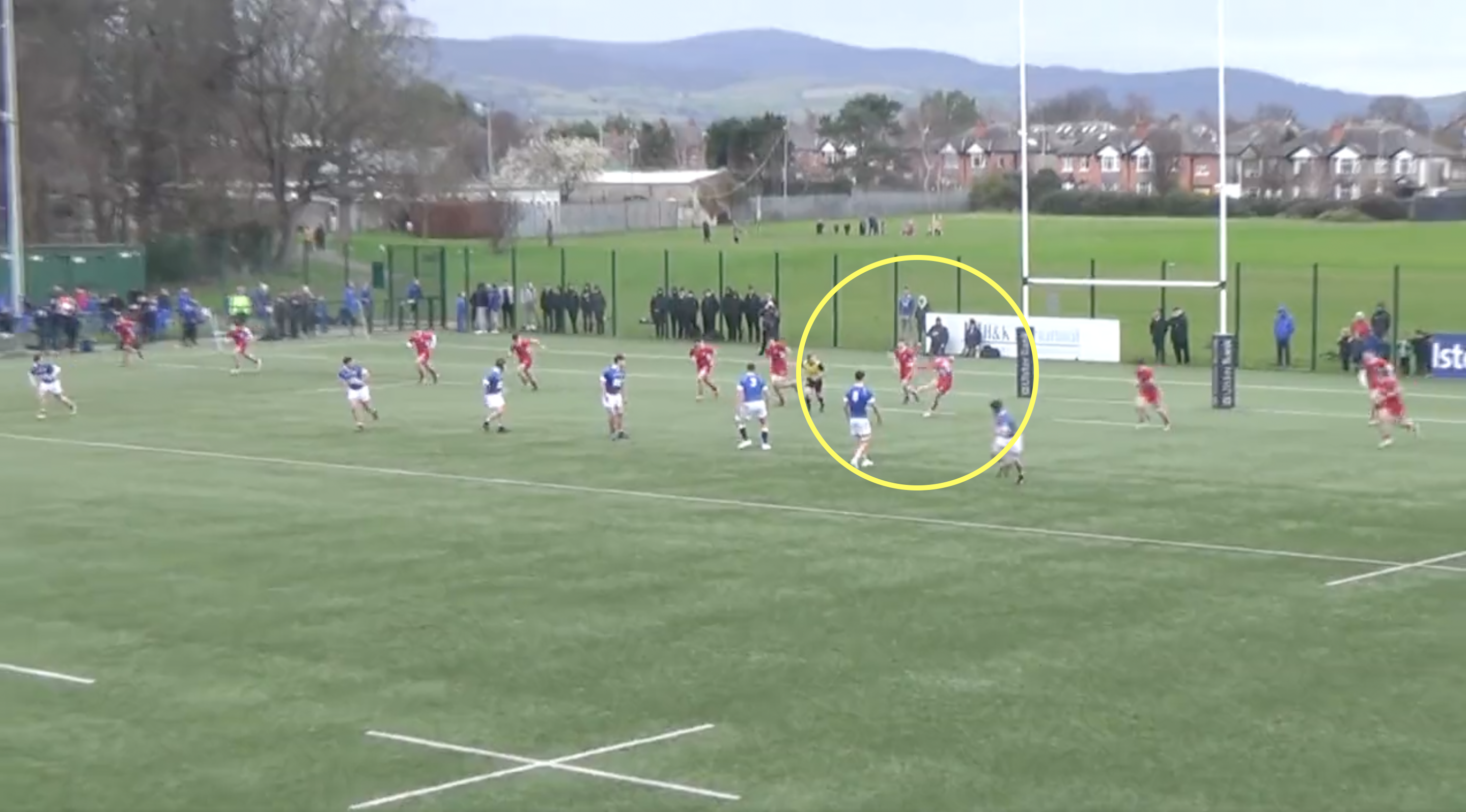 Schoolboy produces the greatest kick of all time

Frans Steyn, Stuart Hogg, Elliot Daly and Jordie Barrett can all eat their heart out- the best kick ever has been recorded and it took place far away from the Test arena.

A schoolboy produced what has to be the longest successful kick ever in a Leinster Schools Cup game, from under his own posts into touch five metres out from the opposition’s try line. It is actually impossible to produce a better kick in rugby without the ball going dead, which is why this is surely the best ever kick that actually helped a team rather than resulted in a scrum where it was taken.

Some on social media have pointed out that there is often a strong wind at the ground, which makes it very easy for each team to kick monster kicks in one direction.

Both players were kicking on other sides of the planet, with Hogg in Exeter and le Roux in South Africa, and were given five attempts each to post their longest kick.

The pair both have monster kicks on them, but le Roux may have reverted to dirty tactics in order to get the win. While Hogg may have had the wind on his side, as is customary at Exeter Chiefs’ Sandy Park, le Roux clearly was kicking at altitude. While eagle eyed viewers may have spotted the sign which said Paul Roos Gymnasium where Willie was kicking, which is not at altitude, it is obvious that he had that sign shipped to Johannesburg in order to give his kicks way more distance.

Playing at altitude has saved the Boks on countless occasions before, and it gave le Roux a major advantage over poor old Hogg who was having to kick at sea level. Then again, the South African would have had to turn to these tactics as he would have known going into the contest that the Scot has an absolute rocket of a boot.

Take a look and see who won:

Take a look at the kick in Ireland:

Some kick this in Leinster Schools Cup game. #Rugby pic.twitter.com/wb25KAQm2U