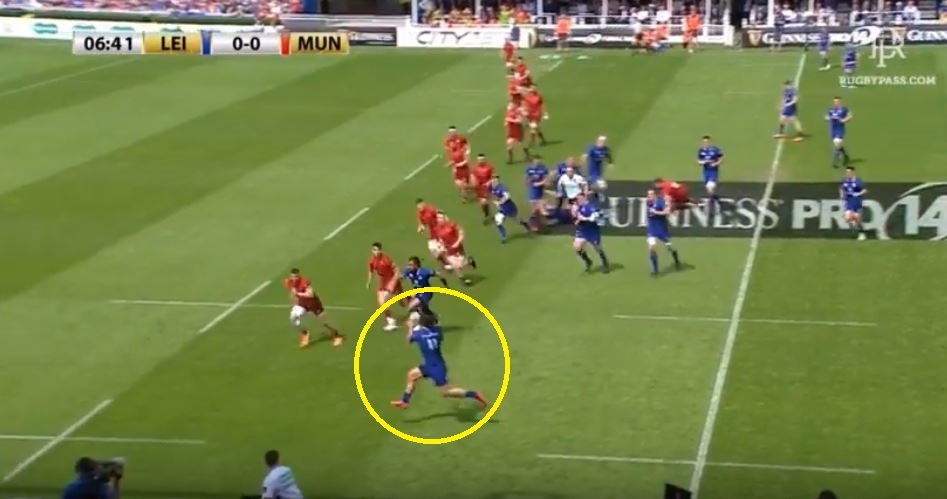 James Lowe ran outgoing Munster winger Simon Zebo in the opening minutes of the Pro14 semi-final clash between Leinster and Munster at the RDS.

It could be possible that Zebo’s comments about wanting Racing to smash Leinster were talked about in the changing room, though Lowe doffed his hat to Simon, wishing him all the best with his move to Racing next season, remarking: “Where’s he going, Racing? Bet he’s on big money heh, good on him!”