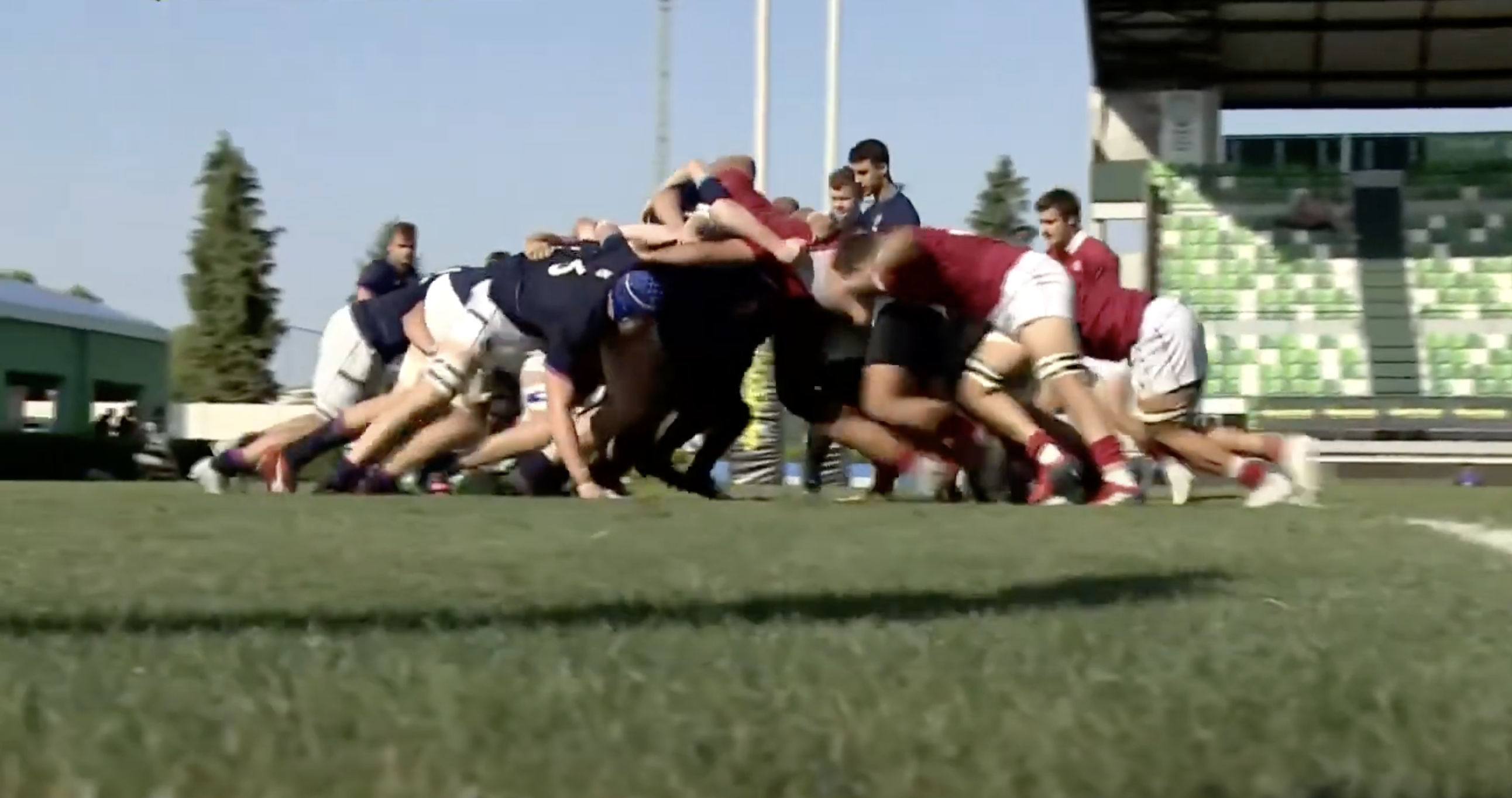 Georgia live to scrummage and they do it mightily well as Scotland under-20 will confirm after their clash in the U20 Six Nations Summer Series from the Stadio di Monigo in Italy this week.

Georgia came away 55-17 victors and were able to truly emasculate the Scottish pack at times with some immense scrummaging and mauling.

Having already registered their first try of the match with a driving maul after initially going down by twelve points, Georgia pulled a stunning 25 metre maul out the bag for their second try of the match.

This was Georgia U20’s 25 metre maul try in their 55-17 demolition of Scotland. pic.twitter.com/3SicZPhqA5

By now, the Scottish pack were all too aware that they had a challenge on their hands, and the Georgians did not let up, steamrollering them soon after in the scrum, which led to their third try of the match. The Scottish had the put in on the own scrum five metres out, but were simply no match for their opponents once they began to shove.

It is any pack’s worst nightmare to be on the receiving end of a scrum like this. Take a look:

This was other play that demonstrated Georgia U20’s pack power vs Scotland was this cleanly won scrum against the head 5 metres from the line to create another try. pic.twitter.com/2KGIZxlK6P