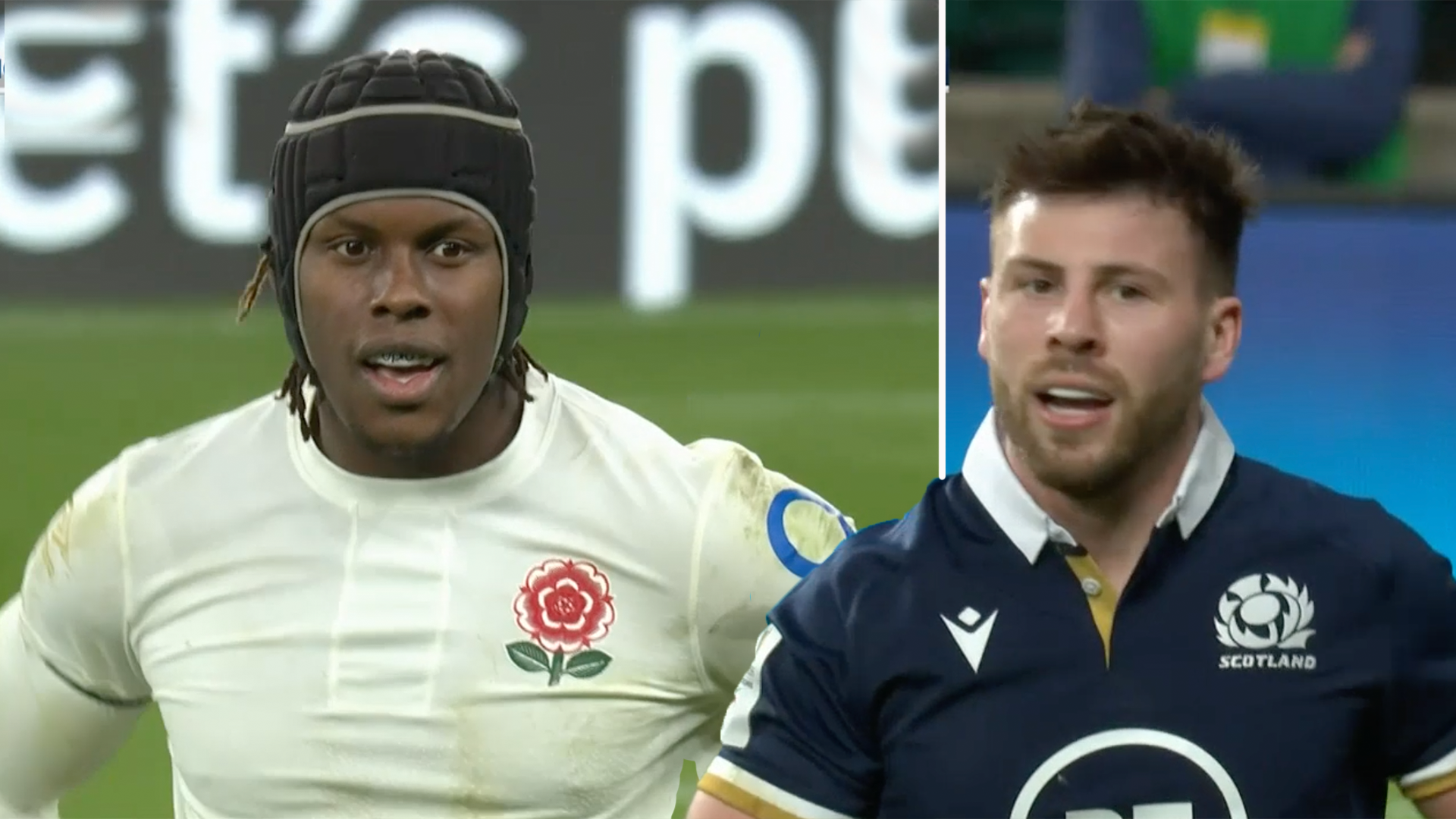 Scotland scrum-half Ali Price endured a torrid first half in the Calcutta Cup showdown against England at Twickenham this afternoon.

The 27-year-old was under constant pressure from England second-rower Maro Itoje at every opportunity with the Saracens man looking to charge down his box kicks on several occasions.

It took just three minutes for the first charge down and we saw more as the half wore on.

Fans cottoned on to this very quickly with it becoming apparent that Price was being hassled and hurried by the 26-year-old.

Here was some of the savagery on show from followers on Twitter.

Ali Price needs a higher trajectory on those.

Itoje has Ali Price in his pocket so far

— Please refer to me as Britney Spears from now on ✨ (@LinebreakRugby) February 6, 2021

Every time Ali Price box kicks from now on pic.twitter.com/y1lBbQ5wZx

Every time Ali Price touches the ball, this is all he is seeing 😅#GuinnessSixNations #ENGvSCO pic.twitter.com/giw6MUSsz3

Ali Price every time a ball comes back to him knowing Itoje is close by.. #ENGvSCO #SixNationsRugby pic.twitter.com/drTzdkT7Aj

As the half wore on we could see Price attempting to go for more box kicks for Scotland but it was clear that he feared another charge down from the England lock who would always be there lying in wait to slap it down.

Fans noticed that the Scotland 9 was becoming worried, with seemingly no help from his blockers around the breakdown.

Scotland lead the game going into the break but not before losing their talismanic fly-half to the bin after this tripping offence.