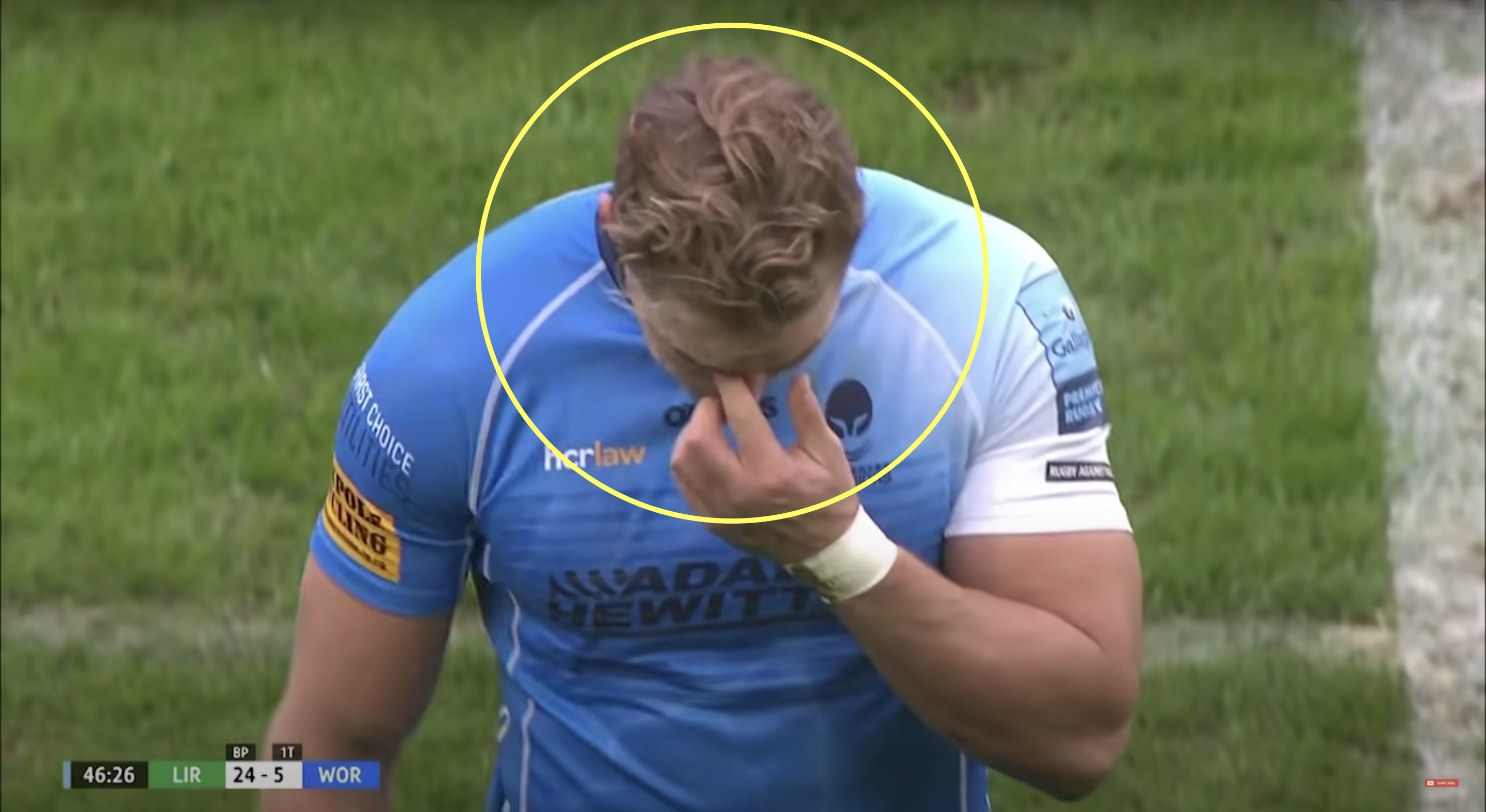 Gregor Townsend’s worst nightmare was realised yesterday as one of his star Scotland players Duhan van der Merwe picked up a red card during the Six Nations fallow week for Worcester Warriors.

Van der Merwe has probably been Scotland’s most consistent performer so far this Six Nations, but is now likely to face a ban after being dismissed in the second half against London Irish yesterday for leading with the forearm to the head of tackler Kyle Rowe.

He will no probably miss trips to Italy and Ireland, meaning Scotland could find themselves in a precarious position come the end of the Championship. Bizarrely, the player who could benefit most from the red card was actually Rowe himself, as it may lead to his Scotland debut.

Fans have raged online about the decision, saying it was simply a hand-off. Here are some of the comments on Twitter from those who thought it was not a red:

“Oh dear…really? Not funny but thats a hand off slightly mistimed. How is that red?”

“The games going soft – No ways in hells that is a red. Is it even a penalty.”

Here are some from those that think it was a red:

“It’s about changing player behaviour. We had all this “going soft” nonsense over players taking out in the air. Consistent application of the law, you hardly ever see it happen dangerously now. This will be the same.”

“The way you know it wasn’t ‘just a hand-off’ is that he doesn’t touch him with his hand.”

Read some of the comments here: