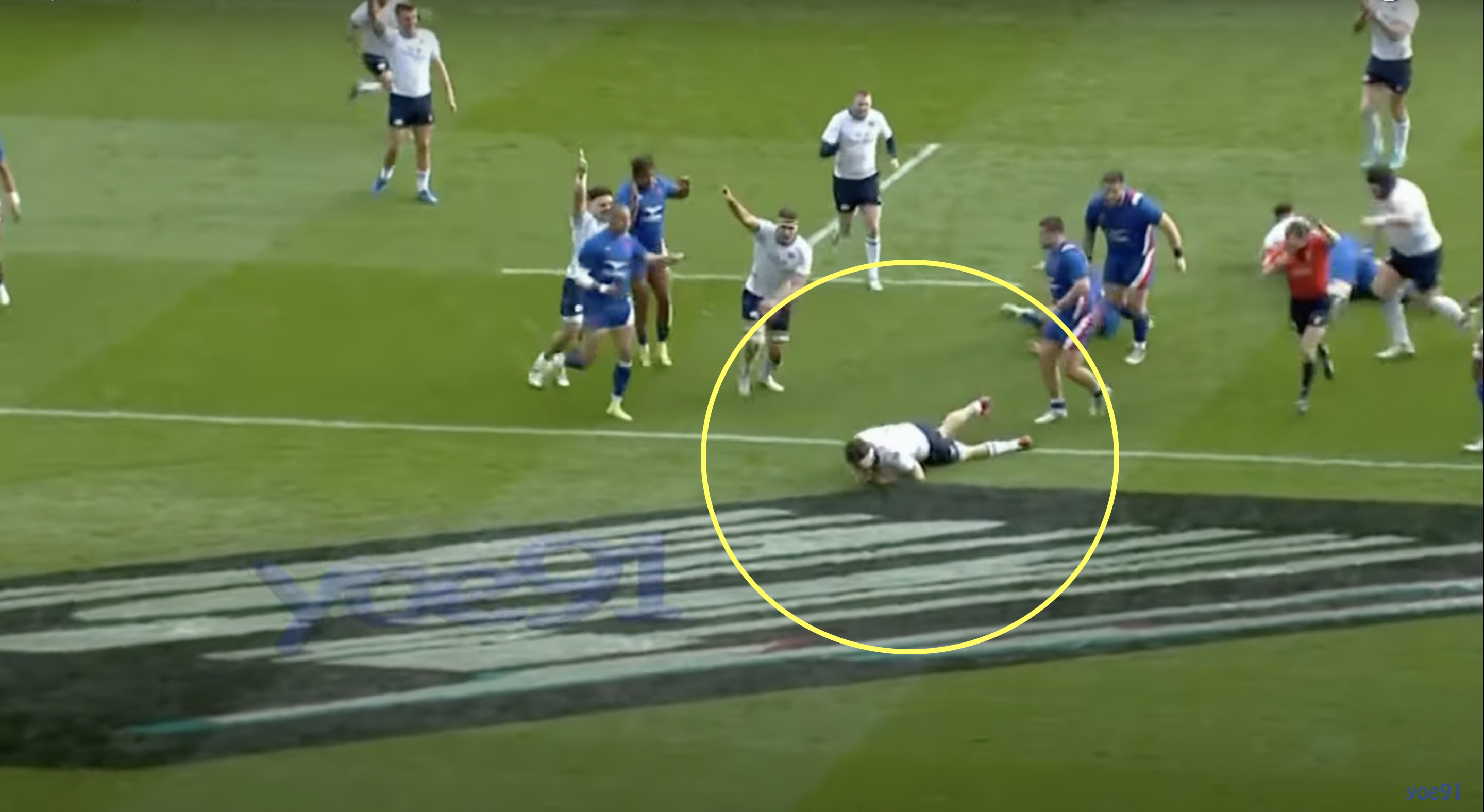 Scotland’s Rory Darge shows he is a Test match animal

Scotland flanker Rory Darge had massive boots to fill at Murrayfield, but made quite a debut in his side’s loss against France on Saturday.

With Hamish Watson having to pull out due to Covid-19, the 22-year-old Darge shifted from blindside flanker to fill Watson’s No7 shirt in what was his first appearance for Scotland.

Now Scotland head coach Gregor Townsend has a problem on his hands when Watson returns for next match and later when Jamie Ritchie returns. Three great flankers, only two positions.

The Glasgow Warriors loose forward tackled well against Les Bleus, was a menace at the breakdown and carried hard, even scoring a first half try.

Speaking after the game, Darge reflected on his debut. “It was a proud moment lining up for the anthems and then to get that score but at the end of the day it was a loss and we’re gutted about the result,” the flanker said.

“I was very nervous before the game because obviously it was my first start at a new level. It’s not quite doubts, but you have nervousness about how you’re going to fare. I was still confident but I had nerves.

“The pace was very fast. It’s not something I’ve experienced much except maybe when I played La Rochelle with Glasgow. It was also probably a step up in terms of physicality.”

Scotland now sit in fourth place in the Six Nations table, level on points with Wales, and have matches against Italy and Ireland coming.

“They’re still huge games for us,” said Darge. “We have to look forward to them because they’re all we have left now in the tournament. We’re gutted that potentially we’re not going to be playing for as much as we could have been if we had beaten France but they’re still massive games.”