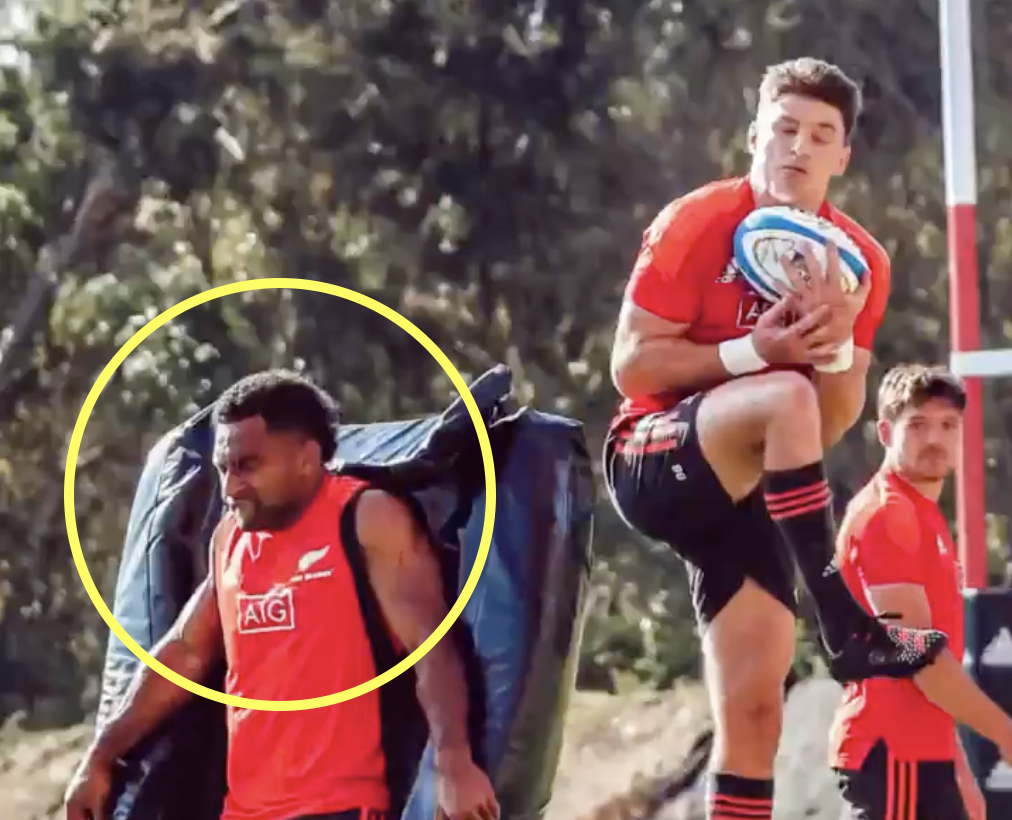 Sevu Reece feared for his life in All Blacks training

All Blacks winger Sevu Reece was given the unfortunate task of carrying the climbing bag for high ball practice this week.

That task in itself is not too dangerous usually, but when his teammate Jordie Barrett is on the prowl, it suddenly becomes a completely different ball game. The fullback’s red card for kicking Wallabies winger Marika Koroibete in the face while in the air in the third Bledisloe Cup Test is still proving to be divisive. The fact that he was not banned later that week only added to the furore.

Whether Barrett should have been red carded, and punished, or not is a debate that will rage on, but one thing that is unequivocally true is that he absolutely leathered Koroibete in the face. Equally, Reece would not have been too interested as to whether Barrett was within his rights or not when he was standing under him in practice.

Of all players in world rugby, Barrett will now be the most wary of where his foot goes when he jumps up to catch a ball, meaning he may actually be the most danger-free player to train with. Nonetheless, he now has a reputation.

The All Blacks will need to prepare for an aerial bombardment for when they face the Springboks in back to back Tests from next weekend, but first they must overcome Argentina this Saturday. Both players started in the 39-0 win over the Pumas on the Gold Coast last Sunday, but Reece drops out of the matchday 23 for the repeat fixture in Brisbane while Barrett retains his No15 shirt.

The All Blacks can actually return to number one in the world rankings this weekend if they beat Argentina by more than 15 points and the Wallabies beat the Springboks. Such a result would more or less secure the Rugby Championship for Ian Foster’s side as well.