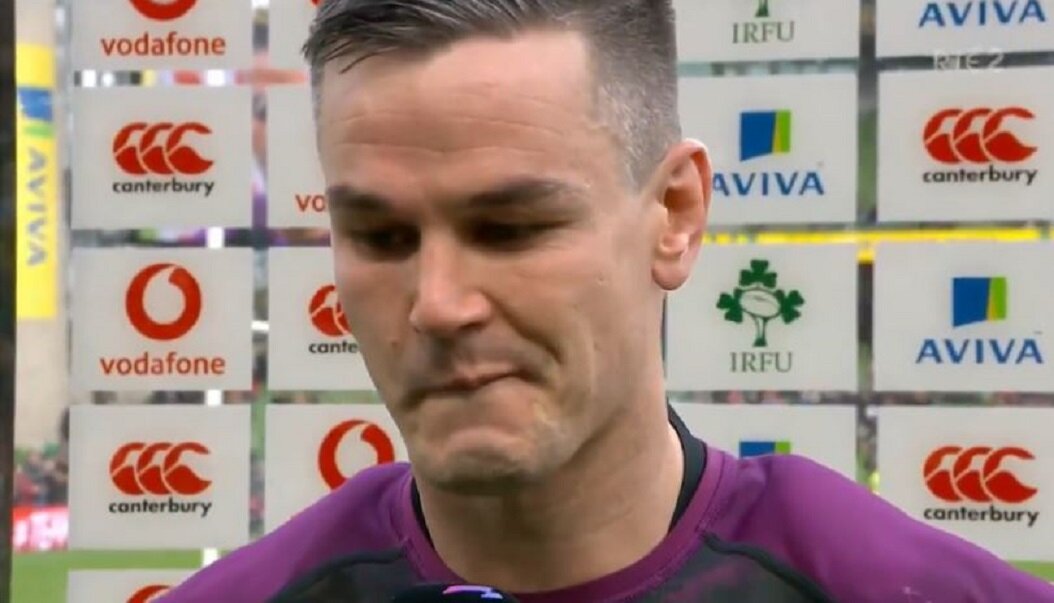 This was raw emotion from Johnny Sexton, who were used to seeing shouting at people.

He showed vulnerability here and hits right in the feels.

Sexton of course was captaining the side on his 100th appearance for Ireland, so he had a right to get emotional.

RTE: An emotional Johnny Sexton receives an incredible reception from the home crowd after making his 100th Test appearance for Ireland.

An emotional Johnny Sexton receives an incredible reception from the home crowd after making his 100th Test appearance for Ireland. pic.twitter.com/mnCkkDN1yC

He started every game of Ireland’s 2018 Six Nations Grand Slam campaign scoring 44 points and was named World Rugby World Player of the Year later that season after playing a central role in securing a series win over Australia and a first home victory over New Zealand at the Aviva Stadium.

A two time British and Irish Lions tourist in both Australia in 2013 and New Zealand in 2017 he has played in six Tests for the Lions and a further eight tour games.

At Leinster, where he was appointed captain at the start of the 2018/19 season, Johnny has won four Heineken European Champions Cups, a Challenge Cup and four PRO12/14 titles. Johnny has made 163 appearances for Leinster scoring 1469 points.