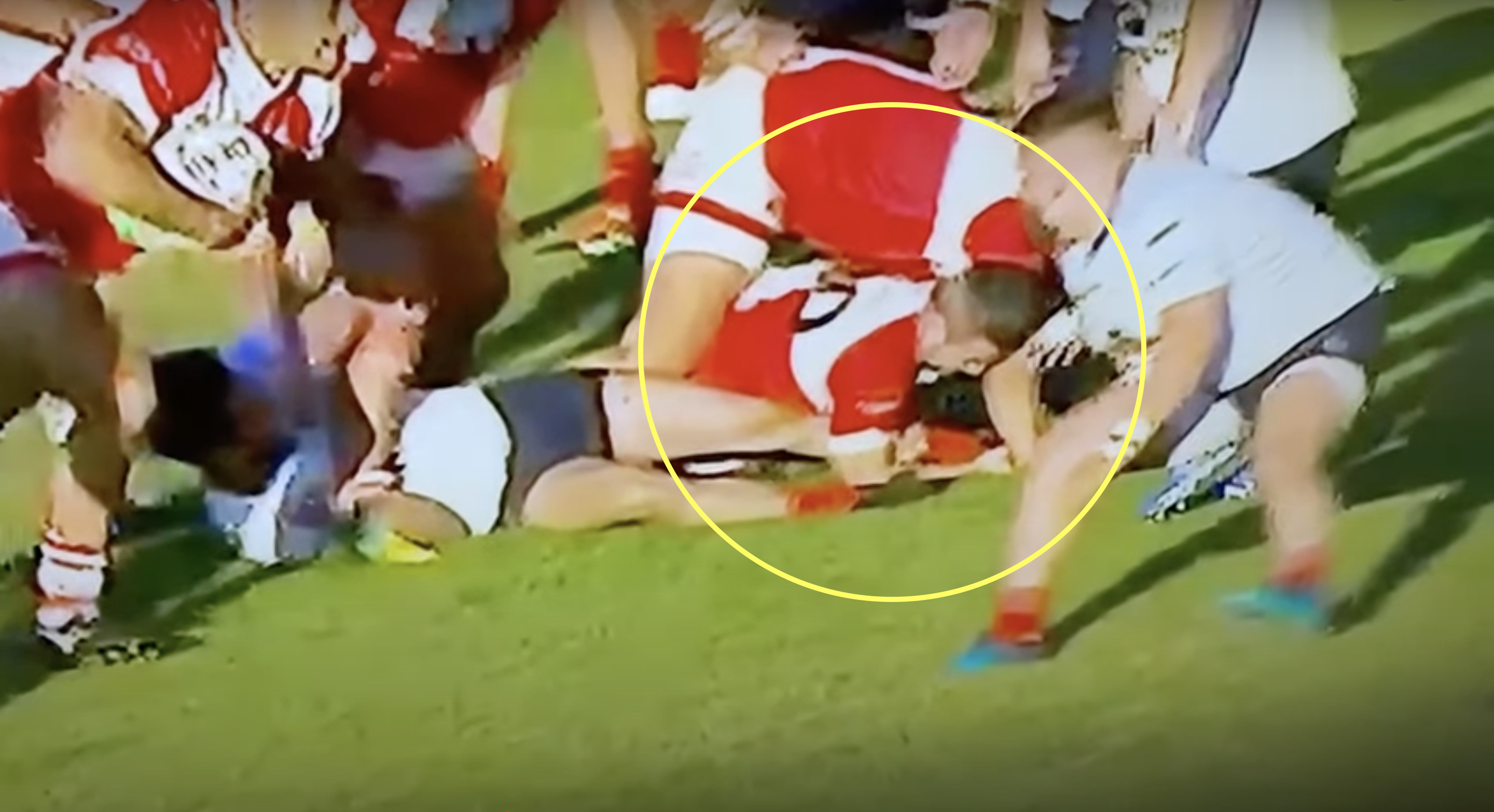 Sickening act of thuggery surely has to result in lifetime ban

There are some acts on a rugby pitch that simply do not deserve to be dealt with at a rugby tribunal, rather in a court of law with a player standing before a judge and jury. A recent incident in Argentina was one of those.

In a match this month in the Unión de Rugby de Buenos Aires (URBA) Primera A division between Los Matreros and Pueyrredon, a Los Matreros produced a sickening piece of thuggery at a ruck that has now been shared online.

The Pueyrredon player sat up an appeared to be in a lot of pain, although it could have been worse had his teammates not intervened. Had they not, this unhinged Los Matreros player looked willing to go all the way and inflict a potentially career ending injury. Players like that simply do not belong in rugby, and must be booted from the game.

There are some people that believe rugby has gone soft, but there has never been a time in the game’s history where something like this has been acceptable. Take a look here (WARNING: the video is quite graphic):

This is not too dissimilar to what former Northampton Saints flanker Calum Clark did to Leicester Tigers’ Rob Hawkins ten years ago, only it was the arm of Hawkins that was bent back on that occasion. Clark did actually break his arm, and was duly handed a 32 week ban.

Take a look at that incident (WARNING: graphic video):