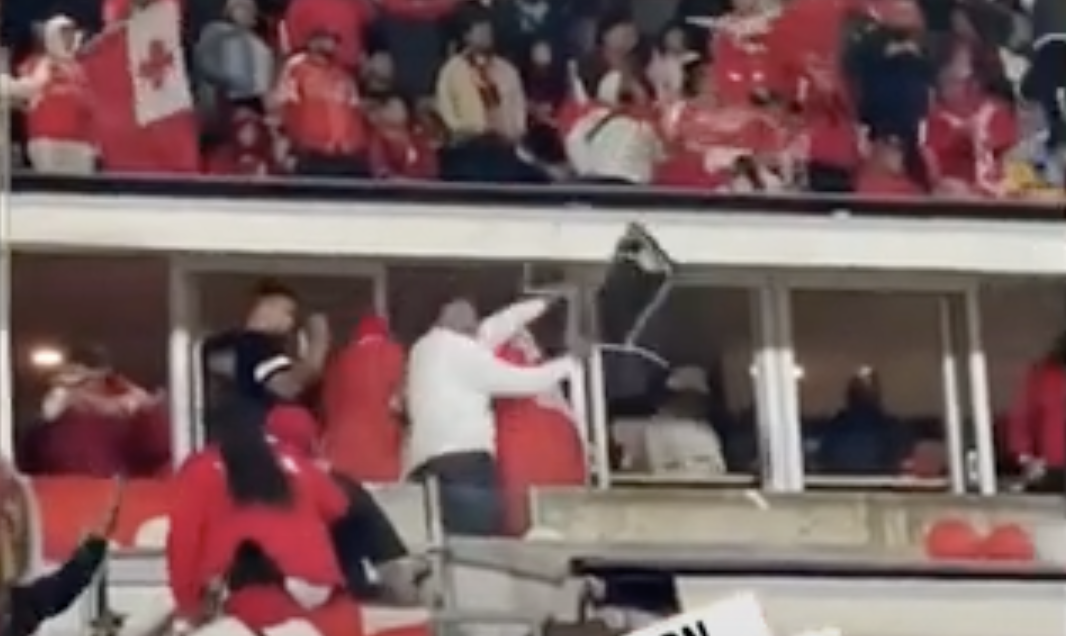 Crowd brawls do not get any stranger than the one seen at Mt Smart Stadium last week as New Zealand rugby league took on Mate Ma’a Tonga.

Footage has been shared online by various fans in attendance at the stadium, and it seems to show a battle between people in a corporate box and fans in their seats.

Bizarrely, people in the box have been captured throwing plates at other fans, who then in turn climbed into the box and started throwing chairs in what escalated into one almighty melee.

Take a look at the footage:

Crowd trouble after the Kiwis/Tonga game from nrl

This ugly incident took the gloss off what was an epic event, where the crowd was absolutely electric as New Zealand came away 26-6 winners.

Perhaps the most electric moment of the entire evening was the Haka vs Sipi Tau, the pre-game War Dances of each side. The atmosphere in the stadium was sensational for these pre match. Take a look: