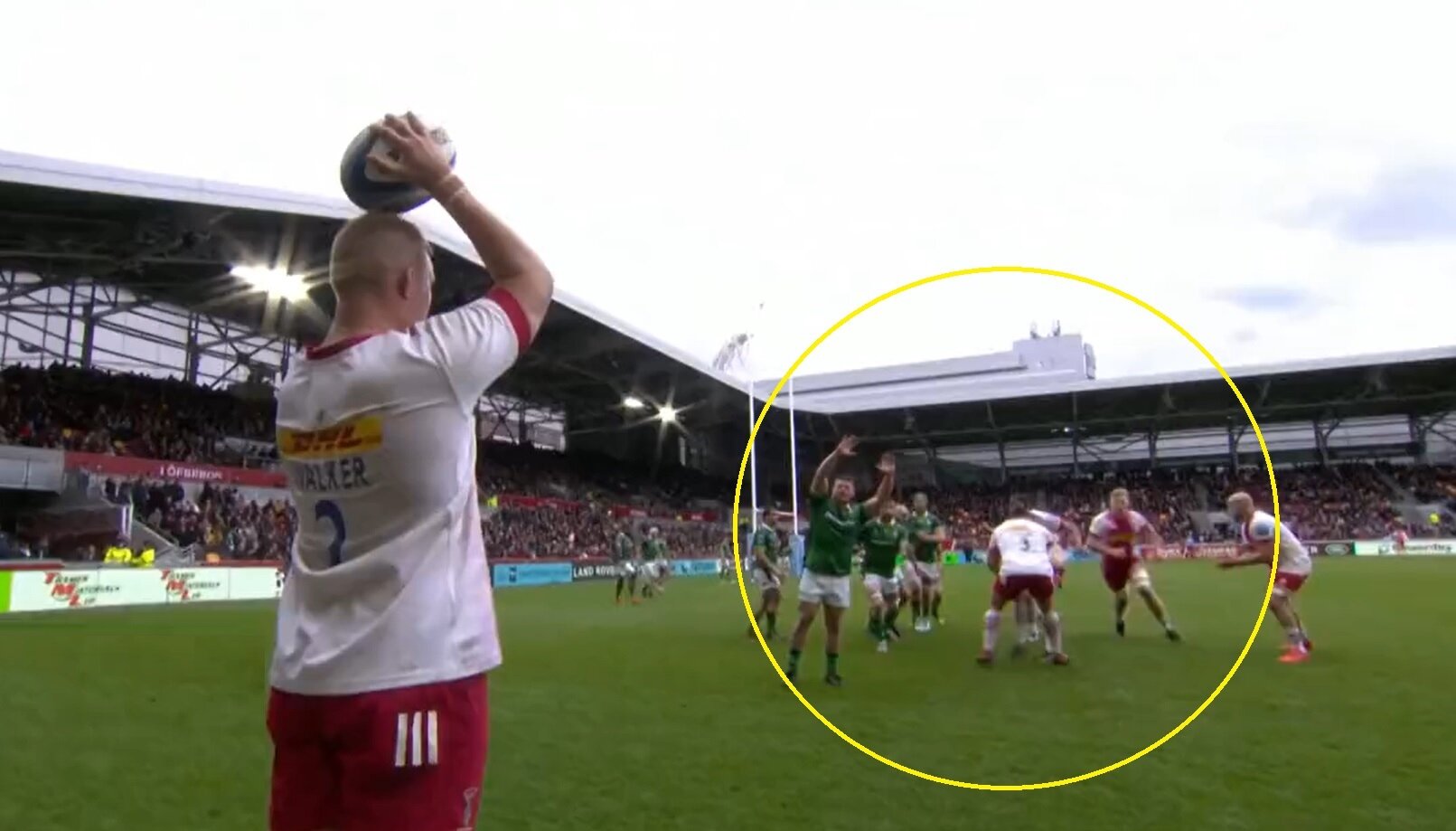 This lineout is pure sneaky from Harlequins and we absolutely love it.

Jack Walker throws to second row Hugh Tizzard who has simply run to the front of the lineout from the rear, after the front pod does a dummy lift.

London Irish are left flat-footed and Tizzard offloads it back to Walker who smashes over for the meat pie.

Simple but effective slight of hand from Harlequins.

Harlequins are now on a run of five straight Premiership victories after losing three in a row previously; until today they have not won five consecutive games in a single Premiership season since between December 2018 and March 2019.

Harlequins have won their last three Premiership matches away from home after winning just one of their previous four; all nine of their away games this season have been decided by margins of 10 points or fewer.

Harlequins have the highest scrummaging success rate amongst all teams in this season’s Premiership (95%); additionally, they have also conceded fewer scrum penalties than any other team (20), while London Irish have conceded the second fewest (24).

No player has made more carries (234) or carry meters (2050) in this season’s Premiership than Harlequins full-back Tyrone Green; Green also ranks second in terms of defenders beaten so far this term (69).

Jack Walker secures the first-half bonus point for @Harlequins with some clever thinking at the lineout!#GallagherPrem pic.twitter.com/8EtRU9a9a5

The average winning margin was 11.9 points per game – a figure only once beaten in the previous four seasons.

786 tries were scored in 2020-21, a figure that has only been surpassed twice before, even though ten games were not played.