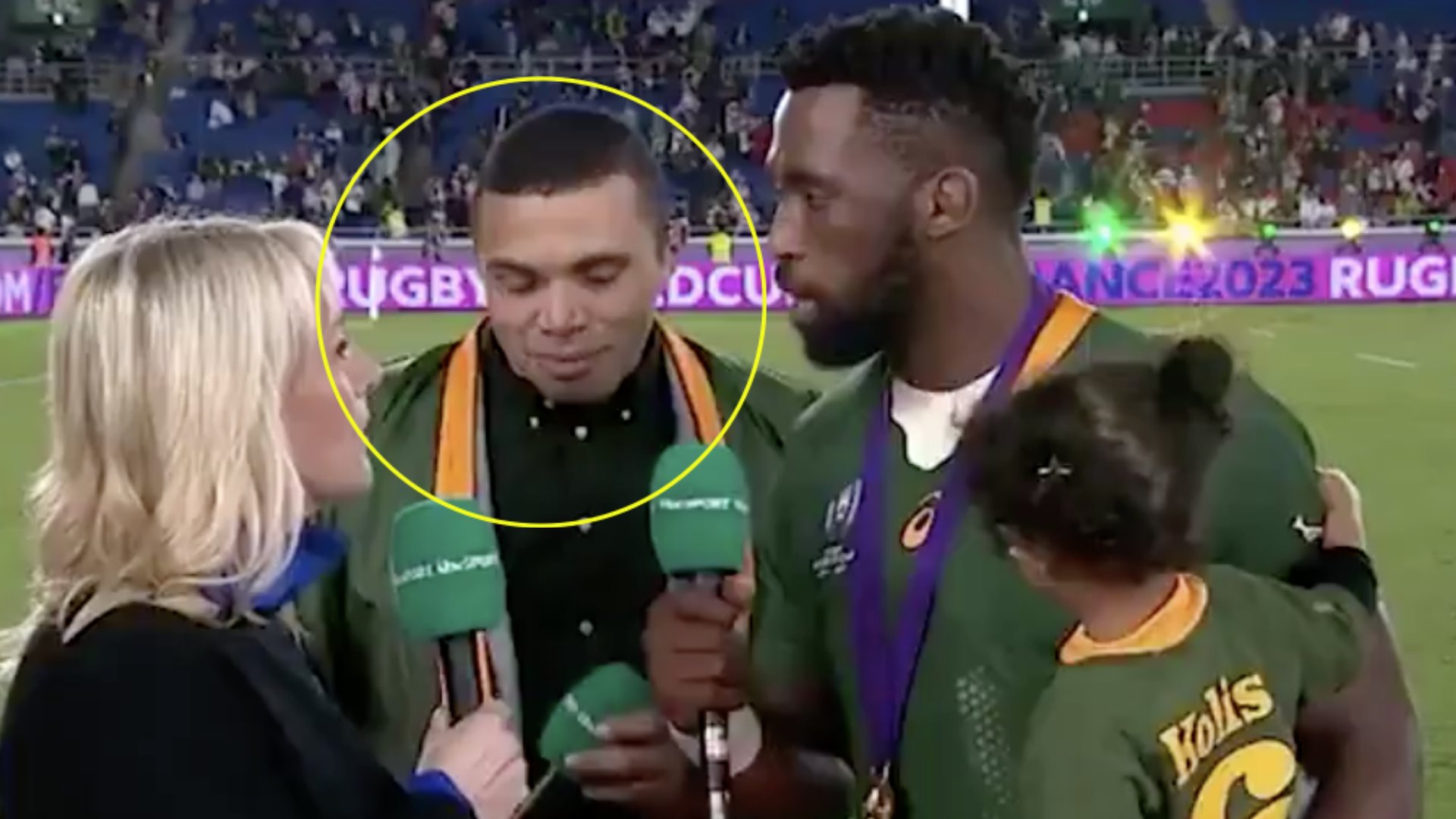 This was incredibly special to see. Bryan Habana couldn’t hold back his emotions here as Siya Kolisi produced this stunning post-match interview to match his performance.

Makazole Mapimpi became the first Springbok to score a try in an RWC final. All of their RWC final points before that had come from penalties or drop goals. Makazole Mapimpi has scored nine of his 14 career test tries in Japan, most by any test player not representing

ITV Rugby did an interview with the Springboks captain directly after the match and Kolisi spoke brilliantly about how much this win would do for the people of South Africa.

Kolisi spoke in this interview about what this win means for his children and for the people of the Rainbow nation, Habana was visibly choking up when he was hearing him talk about this.

South Africa won the game by 20 points which is an incredibly impressive margin to win by against this team.

Just look at this interview here and the emotions with Siya Kolisi and Bryan Habana. It’s hard to think of a more deserving team to win this tournament than the men in green when you see moments like this.

A 20-point margin of victory is the biggest since 1999 when Australia beat France 35-12. The 1987 final was also won by 20 points with New Zealand beating France 29-9.  Frans Steyn became the 21st player to win a second World Cup and joins Os du Randt (1995, 2007) as the only players to win RWCs 12 years apart. Handre Pollard raised his career RWC points total to 162 and moved into outright seventh place past Scotland’s Chris Paterson. Andrew Mehrtens is next on 163.

What a turnaround for this team and Habana knows it.