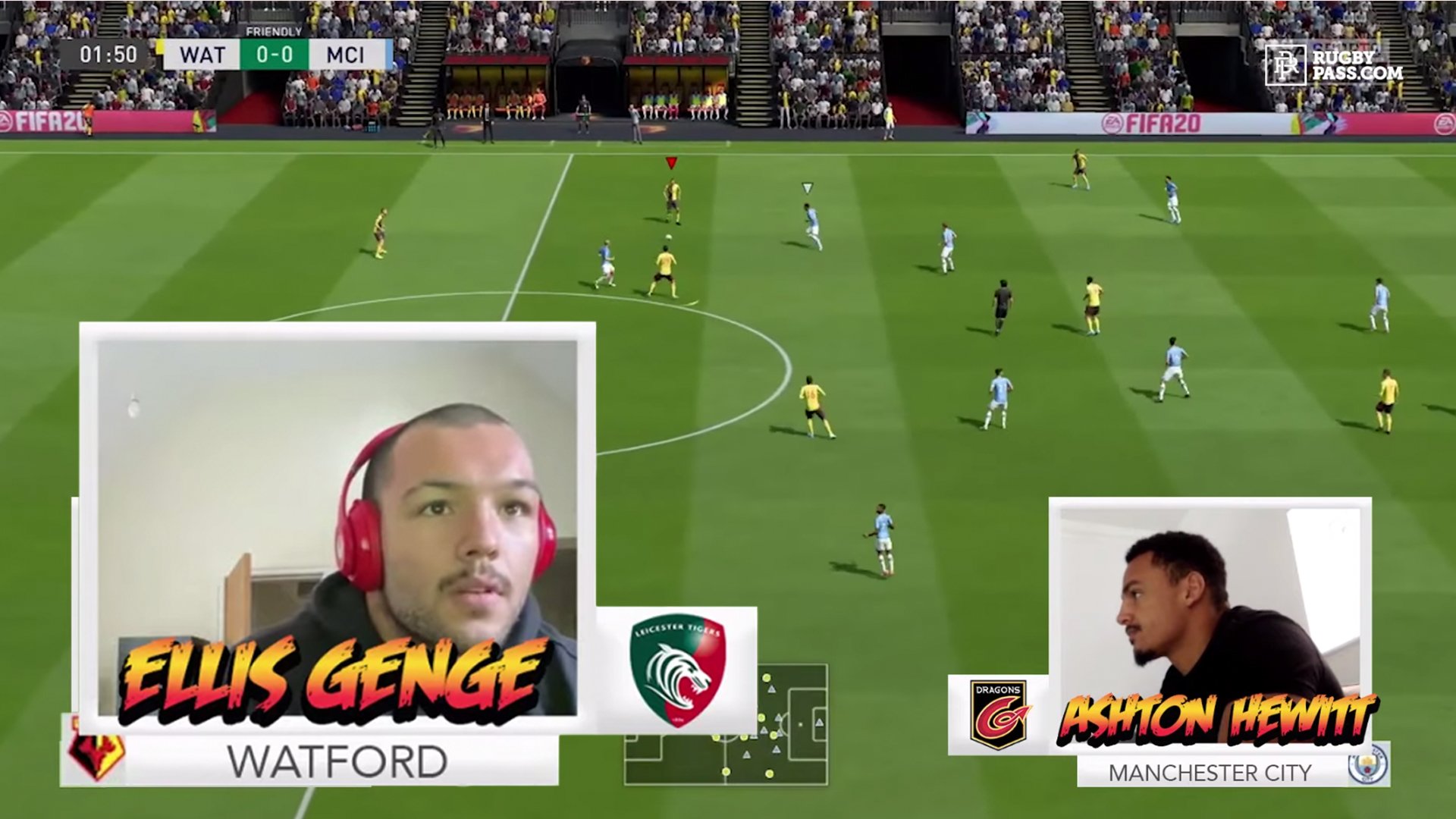 Rugby star Ellis Genge is known for many things. His terrifying carries, his powerful scrummaging, his witty catchphrases. But many will not know just how good he is at FIFA.

The Leicester Tigers prop took part in a FIFA tournament organised by RugbyPass this week and he put his opponent to the sword in an emphatic manner in front of a live audience on the stream.

Genge was playing against Dragons player Ashton Hewitt in his match and he chose to play as Watford, yes Watford against Man City.

Genge claims he doesn’t play FIFA 20 much and then he does this.

Genge is set to be the favourite to win the tournament now. Ellis Genge and FIFA go hand in hand!

Ellis Genge has been heavily in the rugby headlines recently after his fantastic on camera showing during the Six Nations.

He gave one of the best post-match interviews we have ever seen!

The English prop came up in front of the media after he scored the all-important try for England.

Beer in hand, the Leicester prop spoke about the ‘sausages’ that were asking Eddie Jones to be sacked last week. Genge was clearly not in any mood to play ball with Sonja Mcglaghan who is clearly a bit Scottish fan, sorry but it’s true.

Genge was refreshingly honest in this interview as he spoke about how he had enough of the scrutiny that his team gave, and we loved how refreshing that he was.

Ellis Genge spoke about how the team went away to Scotland and got the win and how they shut up the media. We love this and it’s great to see the England players fighting back against the scrutiny that they have received in the media. Ellis Genge FIFA.

Here’s a section of the interview, brilliant to see!!

'How's the atmosphere in the changing room?'