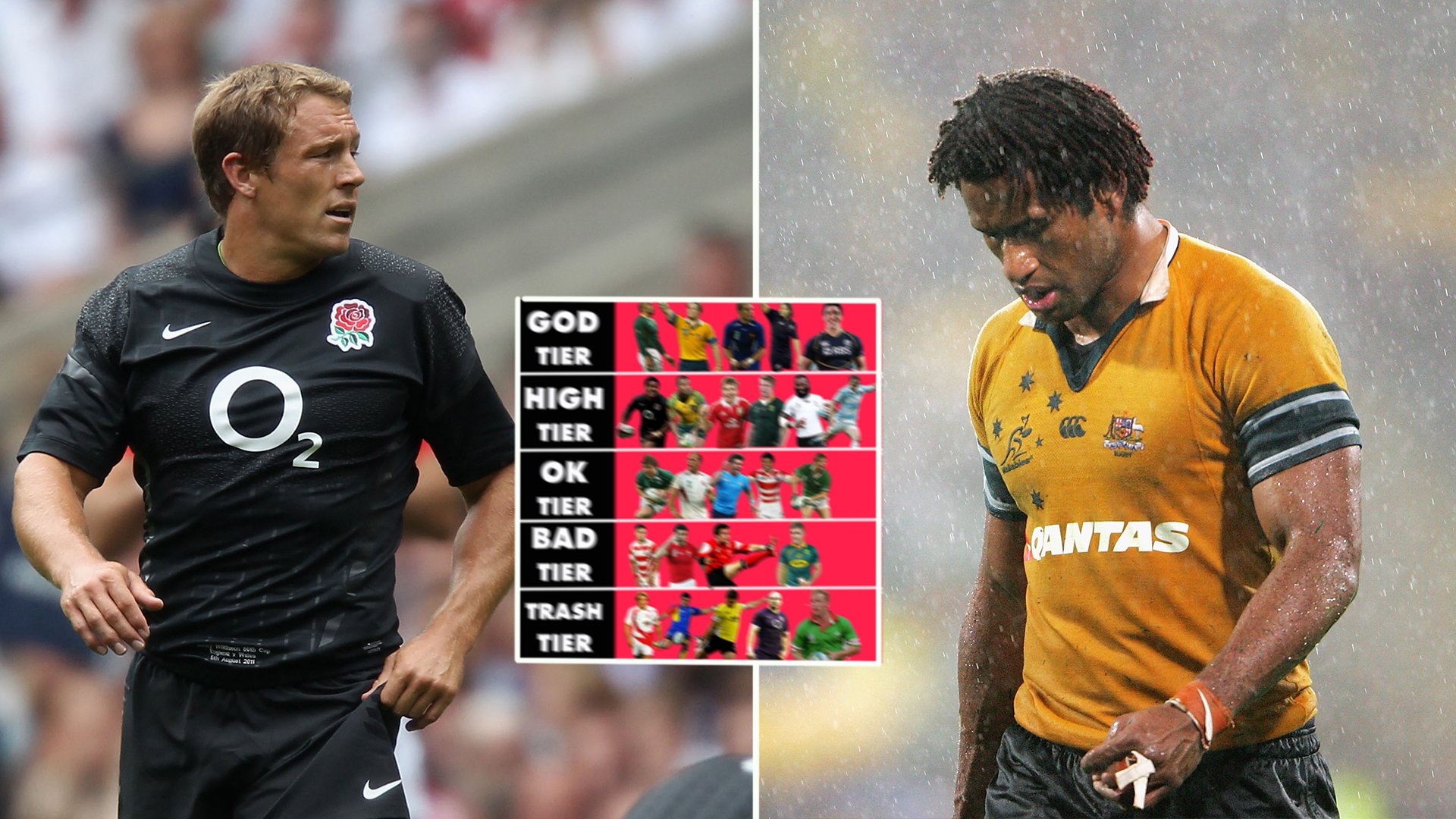 Someone has ranked every rugby kit from World Class to awful

The South African rugby kit of 2011 has been ranked as one of the best rugby kits ever to grace the modern era alongside that of Australia in 2003 and the Scotland kit of 2011.

Some classic rugby shirts were included in the ‘trash’ category. Many of Wales’ shirts pre 2010 were also included by the fan. We can’t blame him for that to be honest!

We were pleasantly surprised to see that the Springboks 2019 Rugby World Cup jersey was added to the ‘Good’ tier of this selection.

There was a lot of controversy around the shirt when it was first released because people believed that the shirt was ‘too political’ by omitting the Springbok logo to the sleeve of the shirt.

We still think it is an incredible rugby kit though!

Another kit to make the ‘Trash Tier’ of the selection was England’s 2007 World Cup shirt.

Easily one of the worst rugby kits to have graced the sport, it was worn by the England team that made it to the 2007 World Cup final. Thankfully they didn’t win to immortalise that kit. South Africa’s iconic 2007 jersey is firmly in the ‘God Tier’ so it was fitting they won the full tournament in the end.

We feel that this selection will stir a lot of interest among the rugby community.

How did they feel it necessary to vote the awful England 2011 black kit to ‘Good Tier’ we will never know. Some fans will remember that kit caused a massive controversy at the time because it was deemed to be copying the All Blacks’ iconic kit which had stayed the same for decades.

Some controversial pick here for sure.

Here is the full list below ranking kits from God Tier to Trash tier.