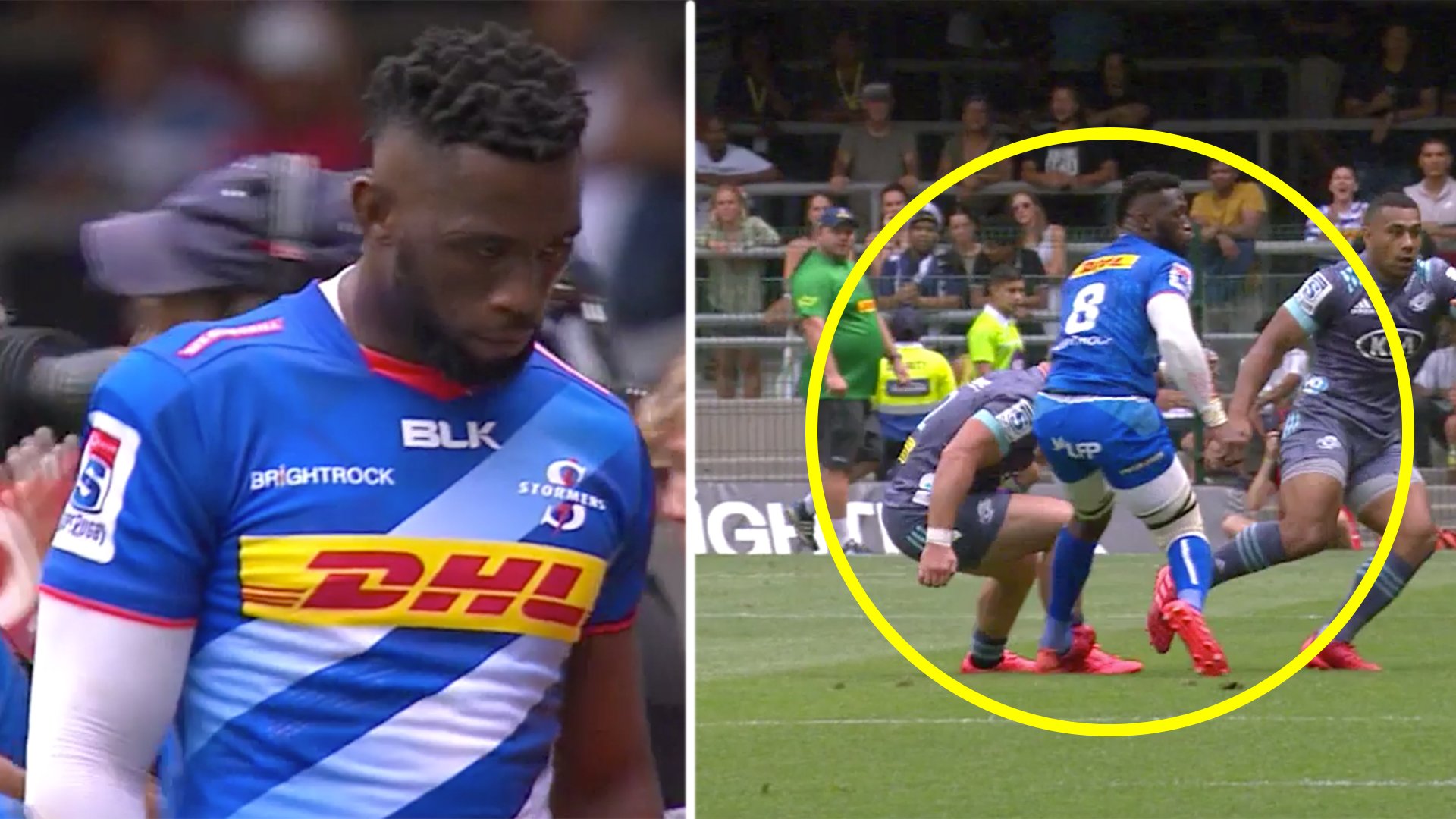 South African fans are fuming after a cheap on Siya Kolisi could end his whole season.

There was some grave news for South Africans and Stormers fans, however, as Springbok legend and captain Siya Kolisi limped off the field after a late hit on him from a Stormers player.

The South African 6, who played 8 in this match, limped off late in the second half after the cheap shot, and he did not look good at all as he gestured to his heavily strapped leg following the hit. Followers of the Stormers and South Africa also voiced their concerns online when they saw their exceptional leader trudging off of the pitch midway in the first half.

Some were not too pleased with the hit either.

Siya Kolisi with his left knee in a brace. Still on the bench, motivating the players and giving instructions #STOvHUR #SuperRUgby

kolisi played 10 minutes of the first game of the season and he's already injured & out for 6 weeks. this nigga is about to go chow his RocNation money man he doesn't even need this

The Hurricanes players are out to get Kolisi neh

Reckon there will be a card soon. #STOvHUR

A very late tackle on Kolisi and he is off the field. None of the officials even saw it. #stormers #SuperRugby #

Footage emerged of the horrendous late hit on Siya Kolisi, there were claims coming into the match that the Hurricanes players were out to get the South Africa captain due to the impact that he would have on the game for the Stormers.

Kolisi was pictured in a knee brace directly after this hit and he could be out of the game for weeks if not months.

Here are two angles of the cheap shot.

You can clearly see a dropped shoulder from the Hurricanes player here with no intention to wrap the arms.

This was an Owen Farrell hit!

Could this end his season before it has even started?

Siya Kolisi recently committed his future to the men in Blue, but if he is out for an extended period, might he even not be available for the Springboks?