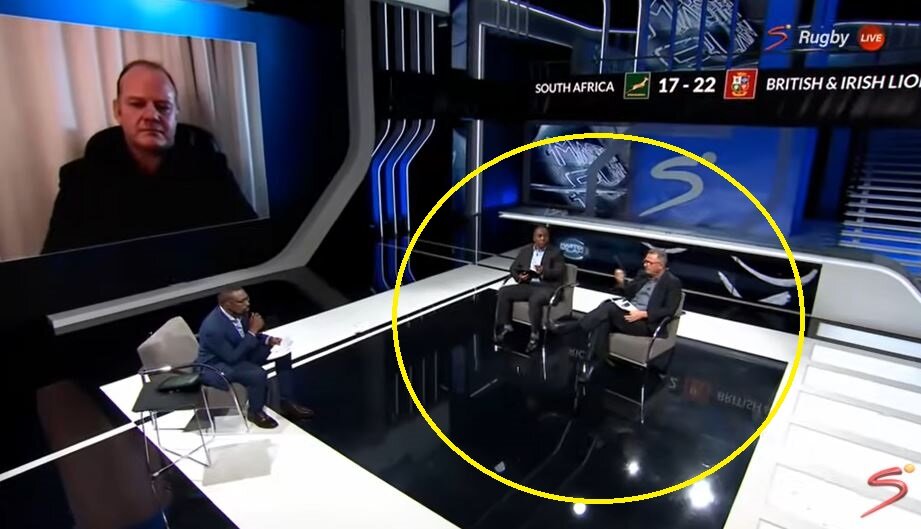 SPRINGBOKS: Have been hugely impressed by Super Sport’s analysis. They’re less interested with the off-field stuff and more interested into what actually happens on the field.

They’re pretty much impartial, which has been lacking from some commentaries. Basically, it’s content for grown-ups.

Swys de Bruin & Jonathan Mokuena question whether the Springbok kicking game off Faf de Klerk and Handre Pollard is something they should persist with for the second test against the British & Irish Lions.

Fas they point out, the Boks box-kicking game just wasn’t good enough. The Boks know this too of course.

“We need to be better in every area of the game this week, and the set pieces will be crucial in laying the foundations we need to execute our game plan effectively,” said Jacque Nienaber. “We also spoke about our discipline and the aerial battle as a team, and we intend to work as hard as possible at training this week to correct the errors that cost us last week.”

“We disappointed ourselves last week, and we all know how important it is to bounce back with a strong performance and show our fighting spirit and pride as a team and nation,” said the coach.

“For most players the Castle Lager Lions Series is a once in a lifetime opportunity, and we desperately want to win the series, so we will fight as hard as we can on the field to win this week so that we can achieve that goal.”

Ben O’Keeffe from New Zealand has been appointed as the referee for the match, with Mathieu Raynal (France) and Nic Berry (Australia) serving as his assistant referees, while Marius Jonker (South Africa) will be the television match official.