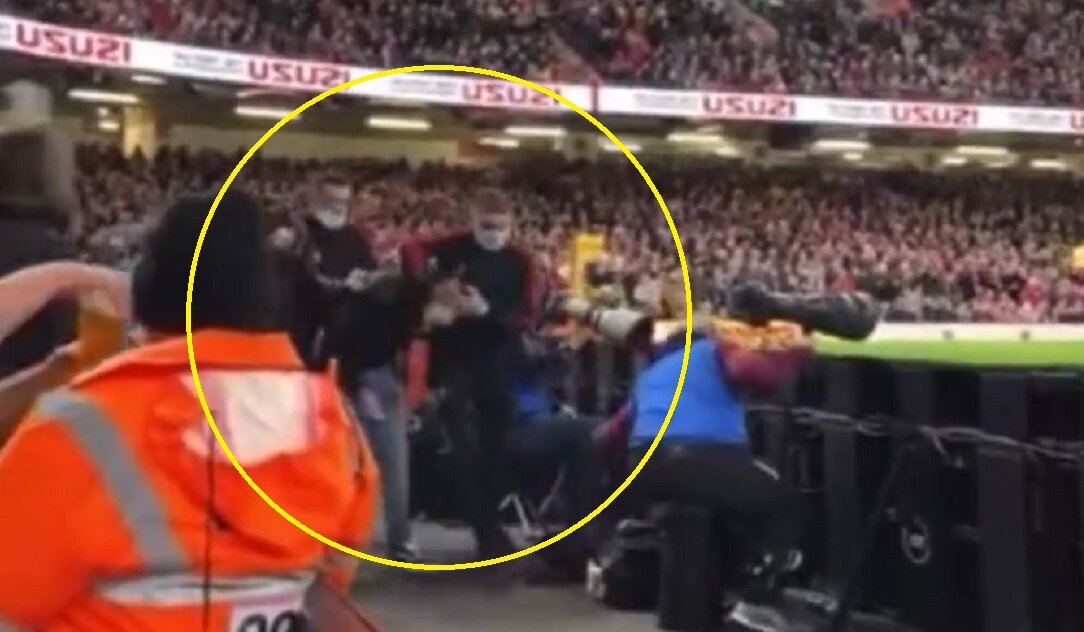 Dreadful footage has been released on social media of fans – who were probably Springbok ones – dousing Welsh security staff with beer during the Wales South Africa game in Cardiff yesterday.

Rugby Onslaught understands that the staff were escorting a Welsh fan out of the stadium who had suddenly become quite tired and needed to get home to his bed.

Brave staff took it upon themselves to escort him to a taxi to get him home safe and sound, but what they didn’t realise is that they had to run the gauntlet of angry fans, who didn’t want their view of the pitch obscured.

Where Springboks genius Rassie Erasmus was when this was happening is unclear, although Rugby Onslaught’s investigation unit believes he was in the coach’s box and had nothing to do with it.

The pitch invader from the Wales vs South Africa game got a lovely welcome from the crowd as he got escorted out of the stadium. 👀 pic.twitter.com/FV3ScLZBE9

Springbok head coach Jacques Nienaber lauded the South African players for their stamina to outlast Wales for a 23-18 victory in the opening Test of the Castle Lager Outgoing Tour in Cardiff on Saturday, which ended the team’s eight-year winning drought in Wales.

The Springboks broke the dam wall in the second half in the pouring rain at the Principality Stadium after keeping the scoreboard ticking with penalty goals in the first half, after which Wales led by 12-9, to finish the match with one try compliments of Malcolm Marx (hooker), with both teams slotting six penalty goals.

Nienaber and Springbok captain and flank Siya Kolisi said although there were a number of things they needed to work on after struggling to capitalise on a few try-scoring opportunities in the trying conditions, the victory was fantastic for the team’s mind-set with an eye on the 2023 Rugby World Cup in France.

“We knew it was going to be a tough game, and there was some over-eagerness as we lacked accuracy at times in terms of using our opportunities,” said Nienaber.

“But this was a valuable win for us because we knew these are the same conditions we can expect in the 2023 World Cup.”