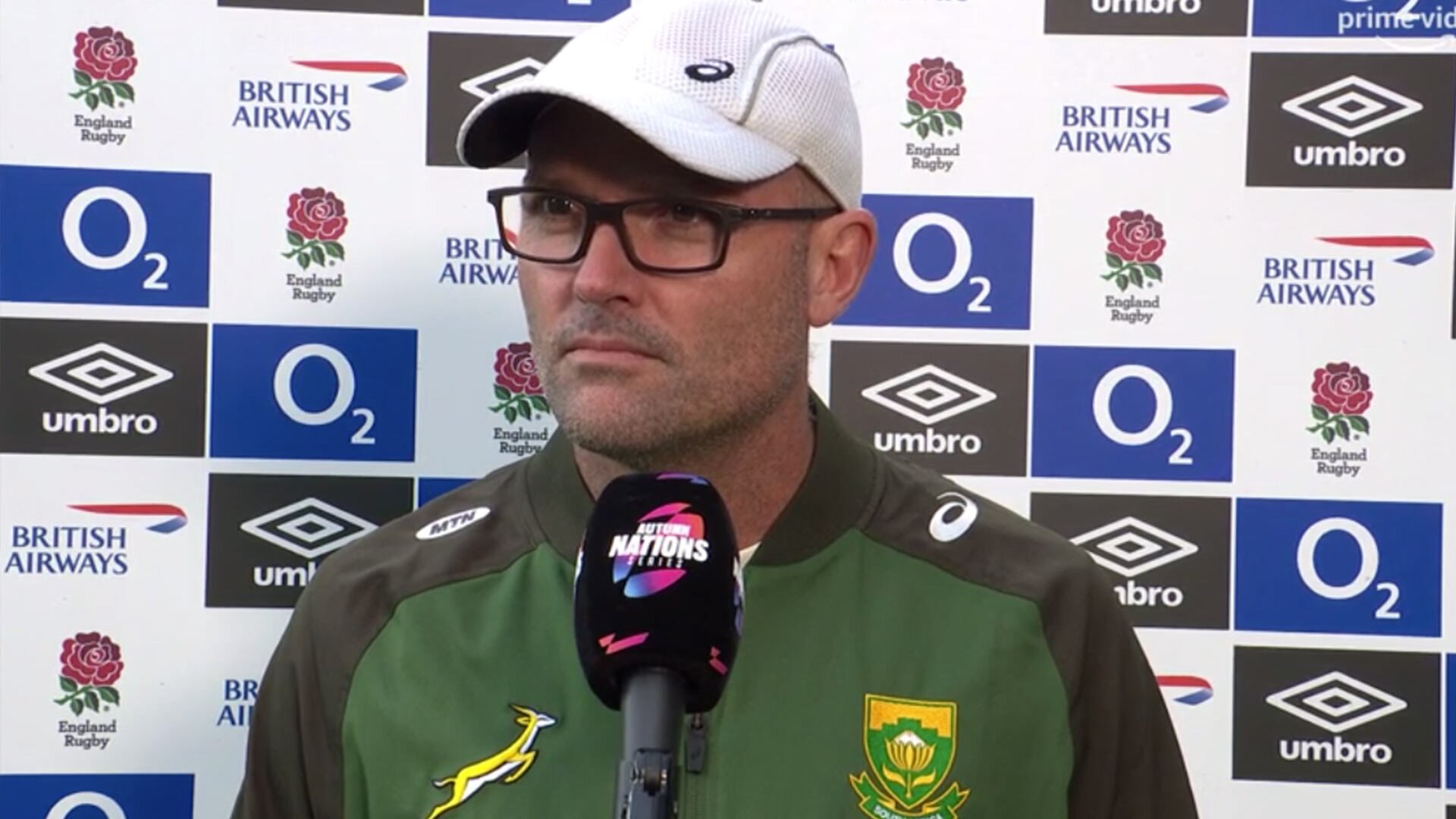 Jacques Nienaber spoke to the media ahead of England’s match against the Springboks in the Autumn Nations Series, and he gave us an insight into where Rassie Erasmus will be for the match.

Rassie Erasmus was banned from being involved in rugby duties this week after his infamous video chastising the referee in the Lions Series.

Pre-match Nienaber with the straightest face: “I don’t know where Rassie is watching the game.” 🤣🤣 #ENGvSA #Springboks pic.twitter.com/iwBbCV8e2z

Many fans have been dressing up as the Springbok coach to trick the fans.

Rassie, did however, post a video late last night of him enjoying a pint in what looked like a UK pub, could we see him around the stadium tomorrow possibly.

Sad not to be with the boys !!Captain’s Practice time now !! I do however get the feeling the 2 months will not be so bad as feared !!🇲🇺🇿🇦 pic.twitter.com/ft7K2VgrUa