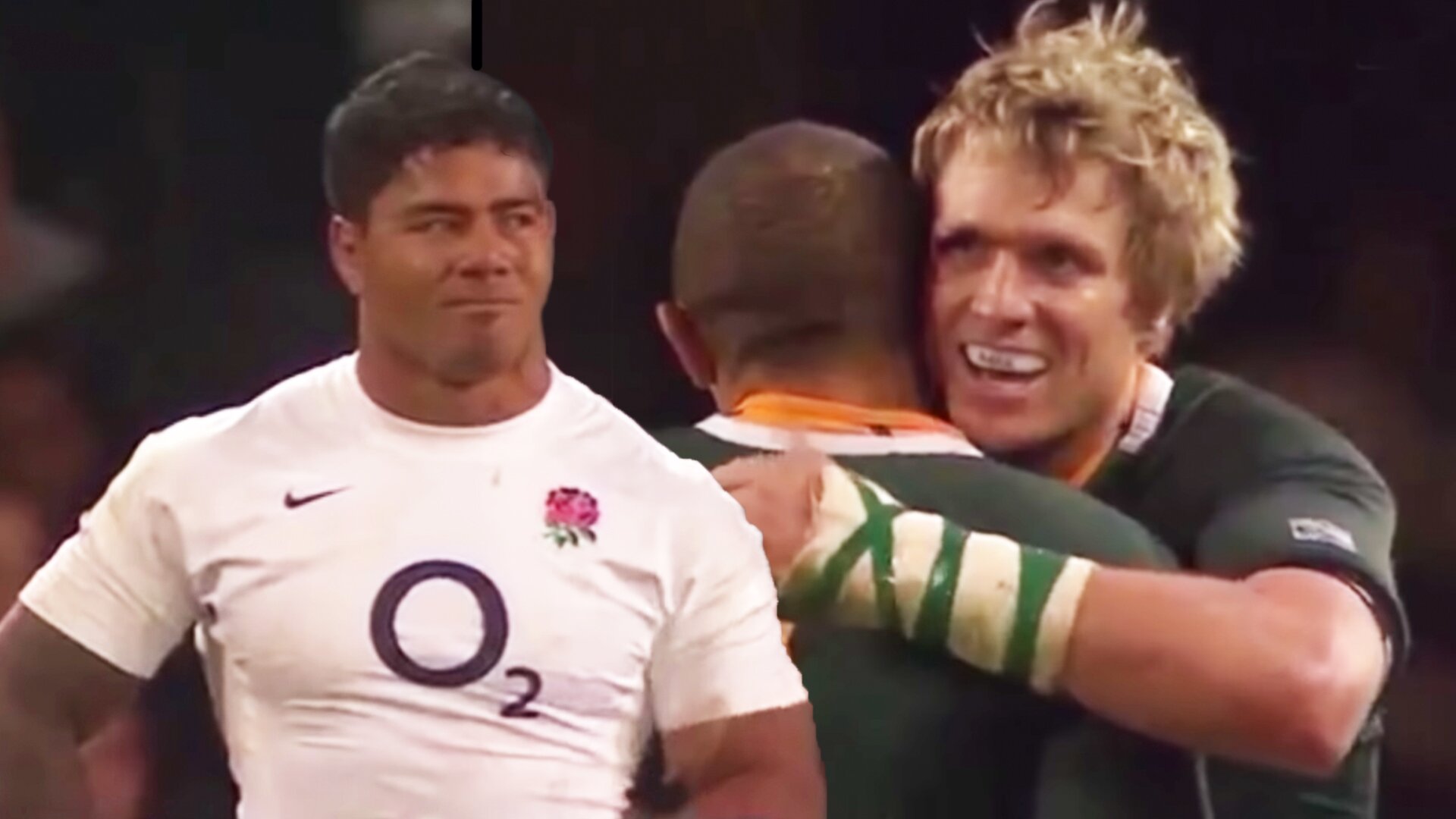 This battle between Manu Tuilagi and Jean de Villers back in 2012 was one of the best centre contests in test match history.

This was absolutely colossal!

The former Springbok skipper has flourished since retiring from rugby

At the time, the young England centre was just 21 years of age and he was up against De Villers who was over ten years his senior.

The two midfield men’s styles of play varied hugely. With Tuilagi utilising a direct power game whilst his counterpart was incredibly astute with unrivalled game awareness.

The contrasting styles of play made for an epic contest which swung both ways over the eighty minutes.

England sensation Manu Tuilagi has been voted the world’s best centre by fans around the globe.https://t.co/E19sClTSjS

We see from this match that the Englishman definitely has the physical edge in this battle as he fends off his opposite man on several occasions. He put that 12kg advantage to good use!

One of these bump offs was thunderous – with the Leicester mans forearm smashing into De Villiers chest. We doubt he’d have stayed on the pitch had this impact happened today.

Tuilagi dominated these midfield collisions but the South African centre still managed to bring him down – making for a competitive battle between the pair.

The Springbok 13 scored a vital try for his side just before the hour mark with a well-taken try in the corner.

You can see the war wounds he’s suffered as the camera pans close to his face, this was physicality at it’s most brutal!

Watch this epic centre battle below

Defending Guinness PRO14 champions Leinster have issued a medical bulletin following the squad’s return to group training this week at their Dublin base, while also confirming that James Lowe has temporarily returned to New Zealand for family reasons.

Lowe, the former New Zealand Maori player, is due to qualify for Ireland later this year under the three-year residency rule having joined Leinster in 2017 and could feature in Andy Farrell’s international squad following the conclusion of the delayed 2019/20 season.

“James Lowe has returned home to New Zealand for personal reasons. On his return, James will follow all government health advice and guidelines upon arrival back into the country.

No games have been played in the PRO14 since Connacht’s March 1 win at Southern Kings. However, plans have now been agreed to get the campaign up and running again in the five-country tournament, starting with two rounds of August derby matches before staging semi-finals and a final in September.

Unbeaten Leinster are currently 18 points clear at the top of Conference A and set for a potential semi-final versus Munster before a possible decider against either Edinburgh or Ulster. These four sides are the respective top two in each of the conferences.