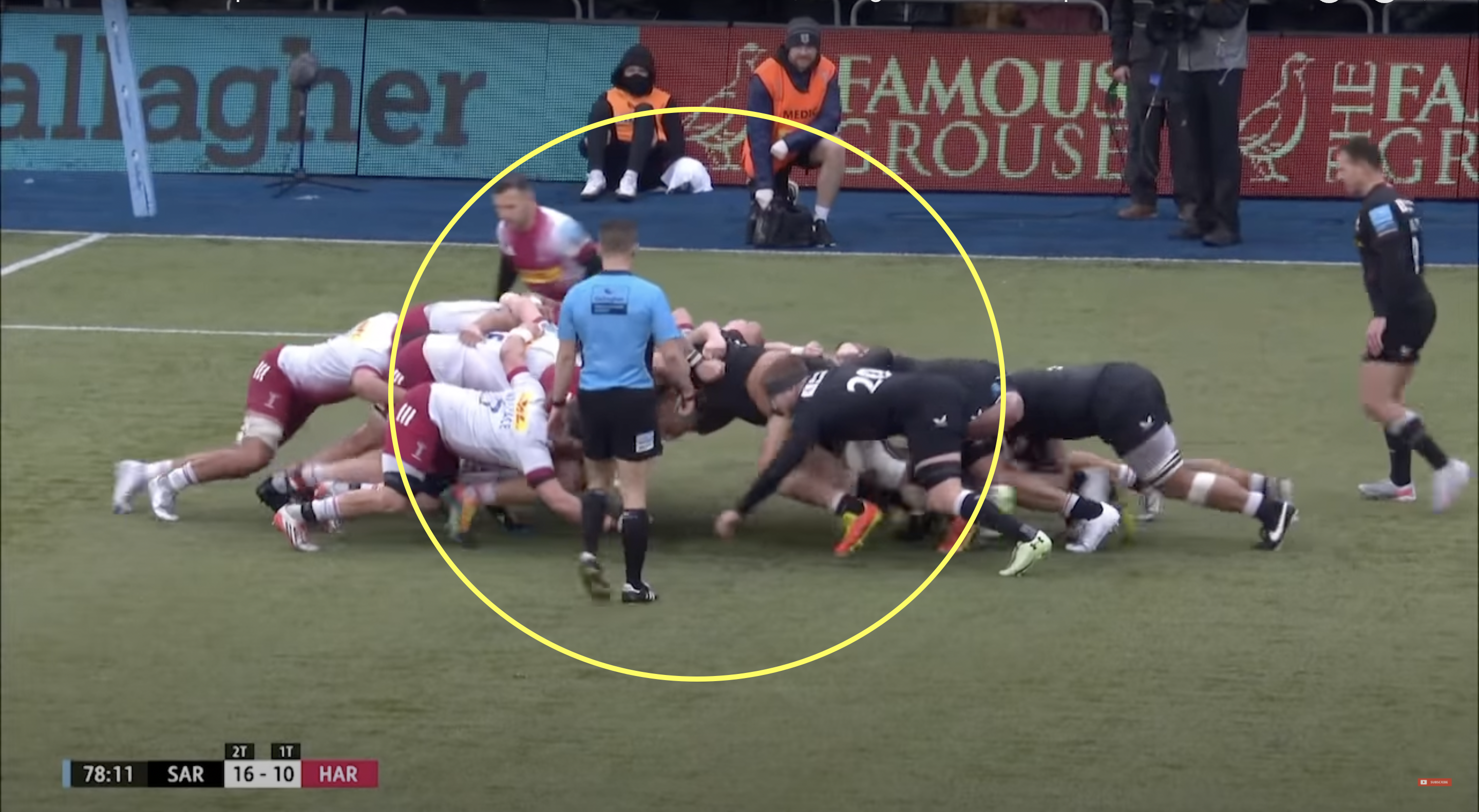 Any prop making their return to action after a long spell on the sidelines would probably want a fairly easy opposition to ease their way back in. Unfortunately for Harlequins and Springboks tighthead Wilco Louw, his return to action after a lengthy spell out was an away trip against one of the strongest and formidable packs currently playing in club rugby, Saracens.

The 14-cap Springbok, alongside the rest of his pack, suffered a gruelling match up front, where they were second best at almost every scrum by a considerable margin. However, this meant Louw suffered one of the greatest indignities there is in rugby, which is getting subbed off before half time. For a prop this is perhaps even worse, as it is a sign of how dominant the opposing scrum is.

These were perhaps special circumstances as Louw was originally set to start on the bench with Simon Kerrod in the XV, but they swapped their roles before the game. This therefore was perhaps the plan all along by Tabai Matson and Adam Jones to let Louw play the first half hour on his return before being replaced. Nevertheless, it never looks good.

The Springboks did help in changing the stigma around getting subbed off before half time in 2021, as the ‘Bomb Squad’ were frequently unleashed from the bench in the final minutes of the first half for the Boks last year, and it often worked out very well.

This change did not improve Quins’ fortunes either, as the scrum continually struggled against a pack that had Louw’s World Cup winning compatriot Vincent Koch starting at tighthead alongside another World Cup finalist Mako Vunipola at loosehead. Sarries delivered the final knockout blow in the final seconds of a match in a scrum where they simply steamrollered their opponents to win a penalty.