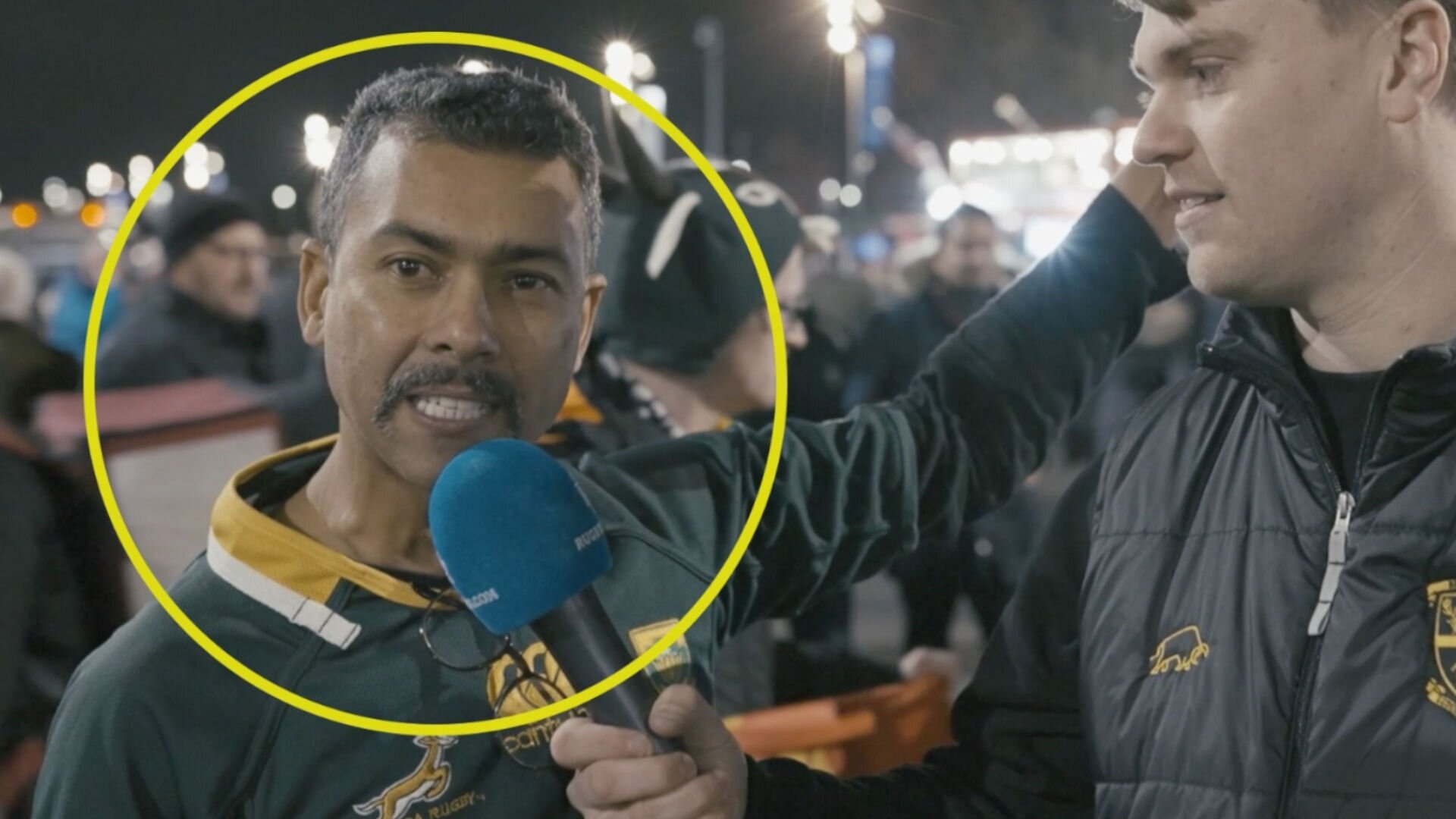 Springbok rugby fans have gone full rogue outside Twickenham as they react to their massive win over England in the Autumn Nations Series.

Just to be clear, by rogue, we mean that in a positive sense. It’s all love.

Many England fans were slurring their words due to the shock of the rout were also great value in the aftermath. There’s a lot of swearing about how awful England are at the moment, which is understandable in what must be a stressful time for English rugby fans.

Our main takeaway from this video is sense of camaraderie between the fans, which we love to see of course.

There are some extreme views in this video, however, including one Springbok fan who claimed that Siya Kolisi was one of the best players in the world. Even hardcore Bokke fans would condemn that stance.

Take a watch of the video below and all the way to the end.

Meanwhile the RFU have released the following statement after the hogwash that England put out yesterday: “The RFU review panel which includes board and executive members along with independent, former players and coaches will hold a series of meetings in the next two weeks to discuss the Autumn Nations campaign and how improvements can be made ahead of the Six Nations.

Bill Sweeney, Rugby Football Union Chief Executive Officer said: “We would like to thank England fans for their patience and support, it matters to us how they feel. Like them we are really disappointed with the results of the Autumn Nations Series. Despite strong individual performances and some great new talent coming into the team, the overall results are not where we expect them to be.”

The RFU review panel has been in place since 2019. The group meets regularly during and after each tournament.