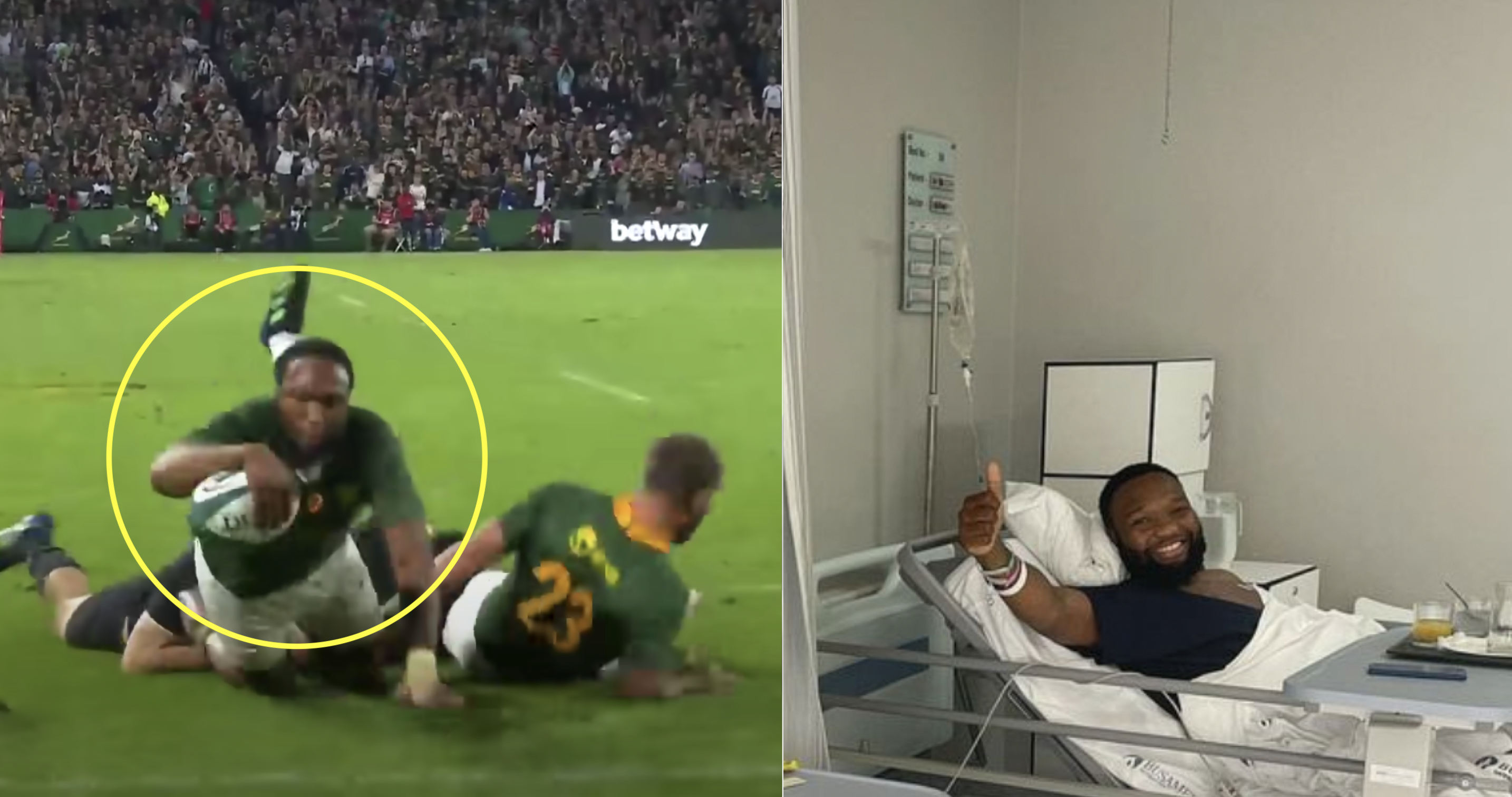 South Africa were dealt the hammer blow this week that star centre Lukhanyo Am will miss the rest of the Rugby Championship with a knee injury.

Losing a starting player is bad for any team, but losing a player many see as the best player in the world currently is massive. Conversely, Dave Rennie and Michael Cheika will be over the moon as their Wallabies and Pumas, respectively, will not need to face him.

Springboks head coach Jacques Nienaber said this week after announcing his team: “Handre, Lukhanyo, Elton and Pieter-Steph are all carrying injuries which adds to a list that includes Cheslin Kolbe and Sbu Nkosi, while Kurt-Lee Arendse is also out serving a suspension, and this has forced our hand to make a few changes in some positions.”

Since then, photos have emerged of Am in hospital post surgery. But reports have also emerged that Nienaber was planning on picking Am this Saturday against Australia, saying “Lukhanyo Am on one leg is better than most of the Wallabies’ backline.” Now these reports have come from very unreliable sources, and are believed to be 100 percent untrue, but most of the world would not bet against the 28-year-old being a pretty handy player with only one functioning knee.

This was the photo: