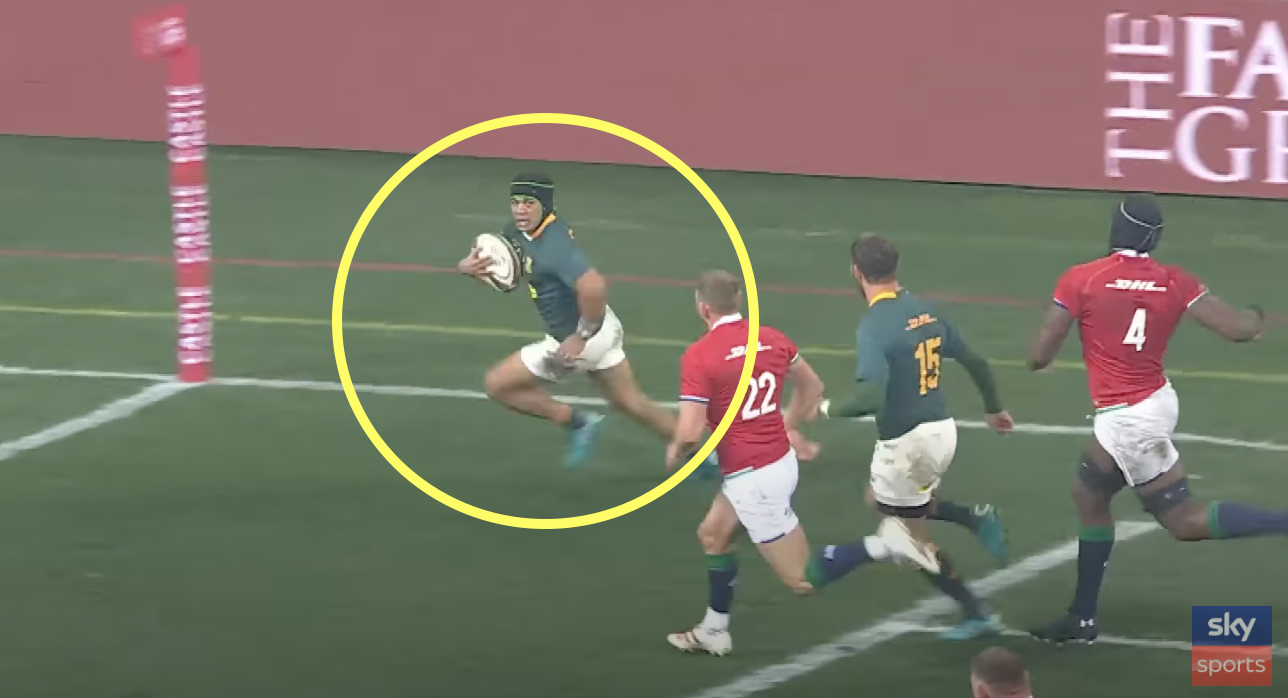 Springboks drop major Kolbe hint ahead of All Blacks showdown

The Springboks have missed Cheslin Kolbe these past two matches against Australia. One man does not make a team, but whether the winger is playing for Toulouse (soon to be Toulon) or South Africa, teams with him in seem to win much more.

It is a bitter blow to Jacques Nienaber’s side that the 27-year-old is ruled out of the world champions’ clash with the world number one All Blacks this Saturday, but fans have been given a glimmer of hope that he may return for the rematch in the final round of the Rugby Championship.

Photos shared by the Springboks on social media this week show the World Cup winner training again, although his left knee is strapped. Fans have of course got rather excited by this photo and hope he may be back in the fold soon.

Check out the photos:

Successive defeats to the Wallabies meant South Africa lost their number one position in the world rankings at the weekend. Though they were second best in both Tests against Dave Rennie’s side, particularly in the second match, Kolbe always has the ability to create something from nothing and get the Springboks out of a whole. This was shown in the third Test against the British & Irish Lions this year, where his solo effort in the second-half effectively won his side the match and the series.

South Africa still mathematically can win the Rugby Championship, but that would require them to beat the All Blacks with a bonus point two weeks in a row, while also depriving Ian Foster’s side of any bonus points whatsoever. That may be out of the question, but pride is still at stake at the weekend as well as their position in the world rankings, so Springboks fans will be desperate that this latest photo of Kolbe is a promising sign.