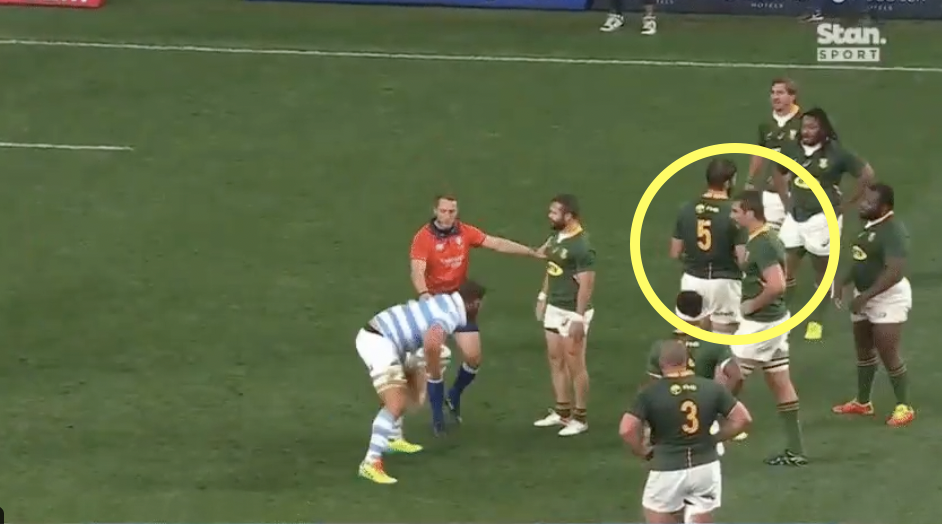 Springboks go too far with dirty play against Pumas

Eben Etzebeth has always been known as one of the most intimidating players on an international rugby pitch, but it looks as though he has developed the ability to drop his opponents without even touching them.

Just the mere sight of the South African lock looming down on players is now enough for them to fall to the ground, as shown by Argentina’s Marcos Kremer at the weekend. A glimpse of the Toulon lock may have been enough for the Puma to collapse in a heap as he anticipated what was coming next.

Conversely, this could be the first time that Etzebeth has unveiled his death stare in the Test arena, which may be something World Rugby have to look into. Either way, Etzebeth was menacing enough already.

There is also a possibility that scrum-half Cobus Reinach produced Bruce Lee’s famous one inch punch on Kremer as he fought for the ball. But truthfully, Etzebeth’s death stare seems far more likely.