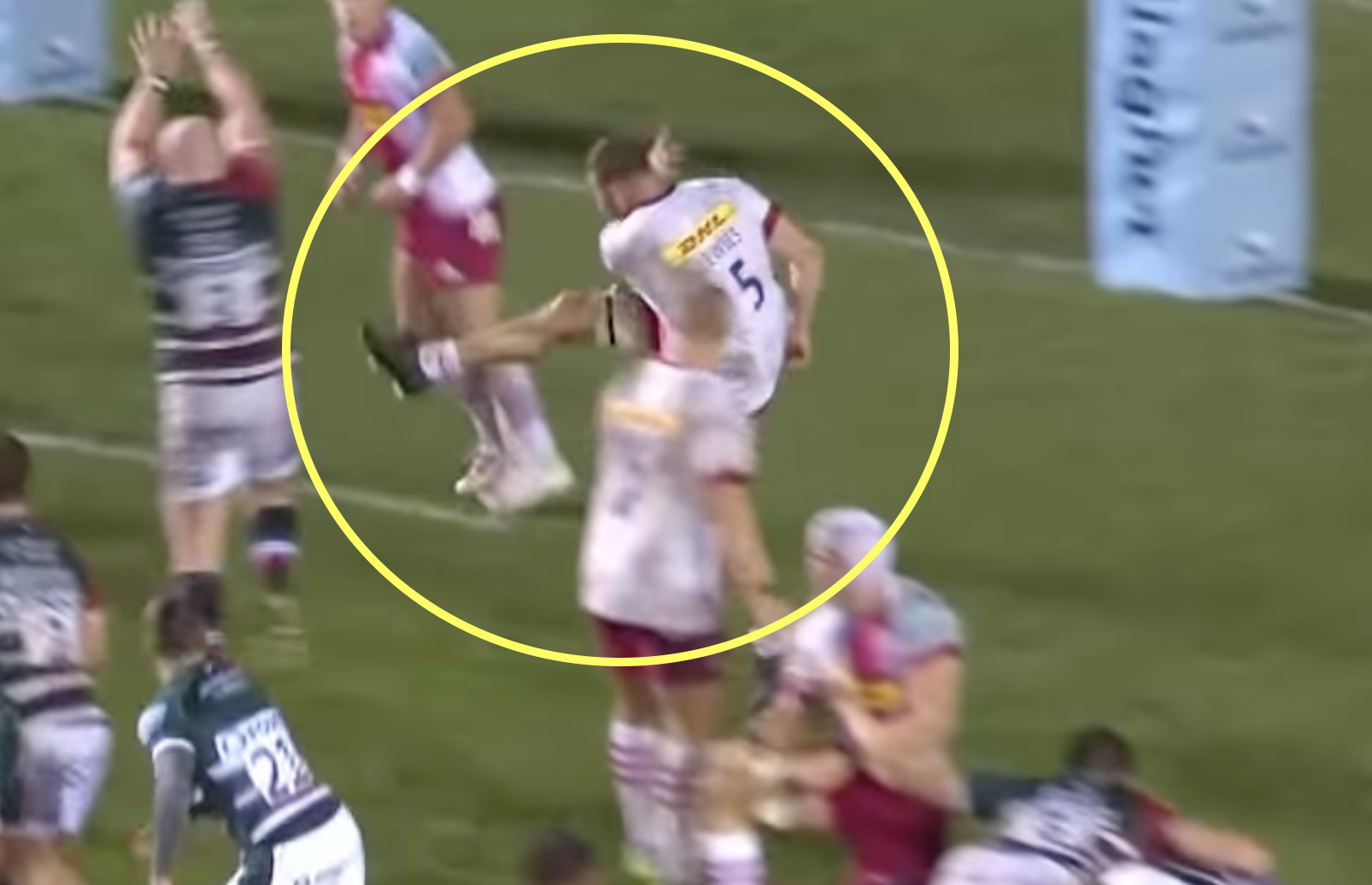 The concept of forwards kicking is a weird thing to witness at the best of times, but a lock producing a cross field kick from their own 22 is unheard of.

So what happened at Welford Road on Sunday may have actually sent chills down the spines of the spectators, as Quins’ captain Stephan Lewies produced what turned out to be a pinpoint kick to Tyrone Green.

With the visitors trailing to Leicester Tigers in the latter stages of the match, the lock found the ball in his hands after a turnover in their own 22. At first it looked like he just tried to hoick the ball away and relieve some pressure and rather than finding touch, the ball fortunately landed in the hands of his fullback who had acres of space to run into.

But in watching the replay, it looks as though this may have been planned by the South African. He clearly looks up, and even double checks, which suggests this was not simply an aimless kick put a planned cross field kick into space. The 29-year-old will obviously say it was planned, and he may bizarrely be telling the truth in what is a debate that is not often had in rugby.

The crazy thing is, had Lewies not actually put so much height on the kick, Green may have actually been away as there was so much space. However, the hang time gave Tigers winger Harry Potter time to track back.

This must be one of the great benefits of being captain, as a second-row attempting a goal line cross field kick would usually result in them getting an earful from their skipper.

Take a look at the kick and see whether it was actually planned: