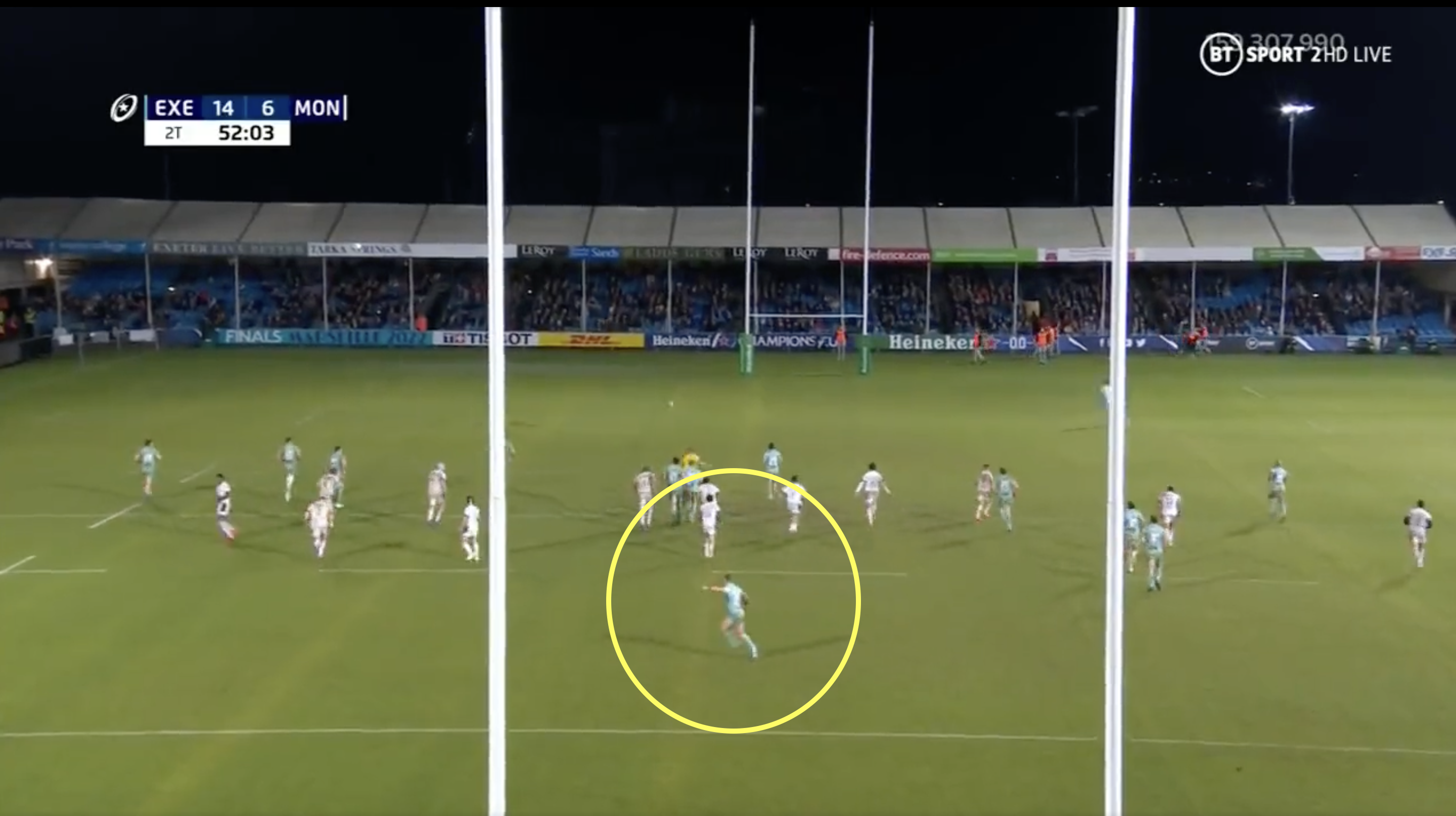 Exeter Chiefs’ Stuart Hogg had a good games against Montpellier at Sandy Park on Saturday, scoring his side’s opening try of the match with a wonderful step to beat four defenders.

But one moment in his performance that has been picked up online came when he did not have the ball in his hands, in fact, he was the furthest from the ball than anyone else on the pitch. The moment came after the Scotland captain chased a kick, but instead of retreating back after the kick was returned, he remained in the Montpellier back field. From there he was able to direct where his teammate Jack Nowell should kick the ball, effectively operating as a coach. The kick did not go exactly to plan, but this was interesting awareness and communication from the 29-year-old.

It is hard to exactly describe what Hogg did here. It is not gamesmanship or cheating (although he would have obviously been offside if he joined in the play), but it is not exactly common. Of course he effectively ruled himself out of the game by choosing to do this, but this peculiar form of on field coaching could have benefitted his team a lot.

There has been an increase in incidents where members of a team’s back room staff have got too close to the action this year, with South Africa bearing the brunt of the criticism. Had this been a Springbok physio in the back field rather than Hogg, there would have been a Twitter meltdown.

With 50:22s becoming a valuable tactic, Hogg may be onto something here. Or maybe this was just a convenient way for him to catch his breath.

The match did not hinge on this decision though as Exeter went on to comfortably win 42-6.