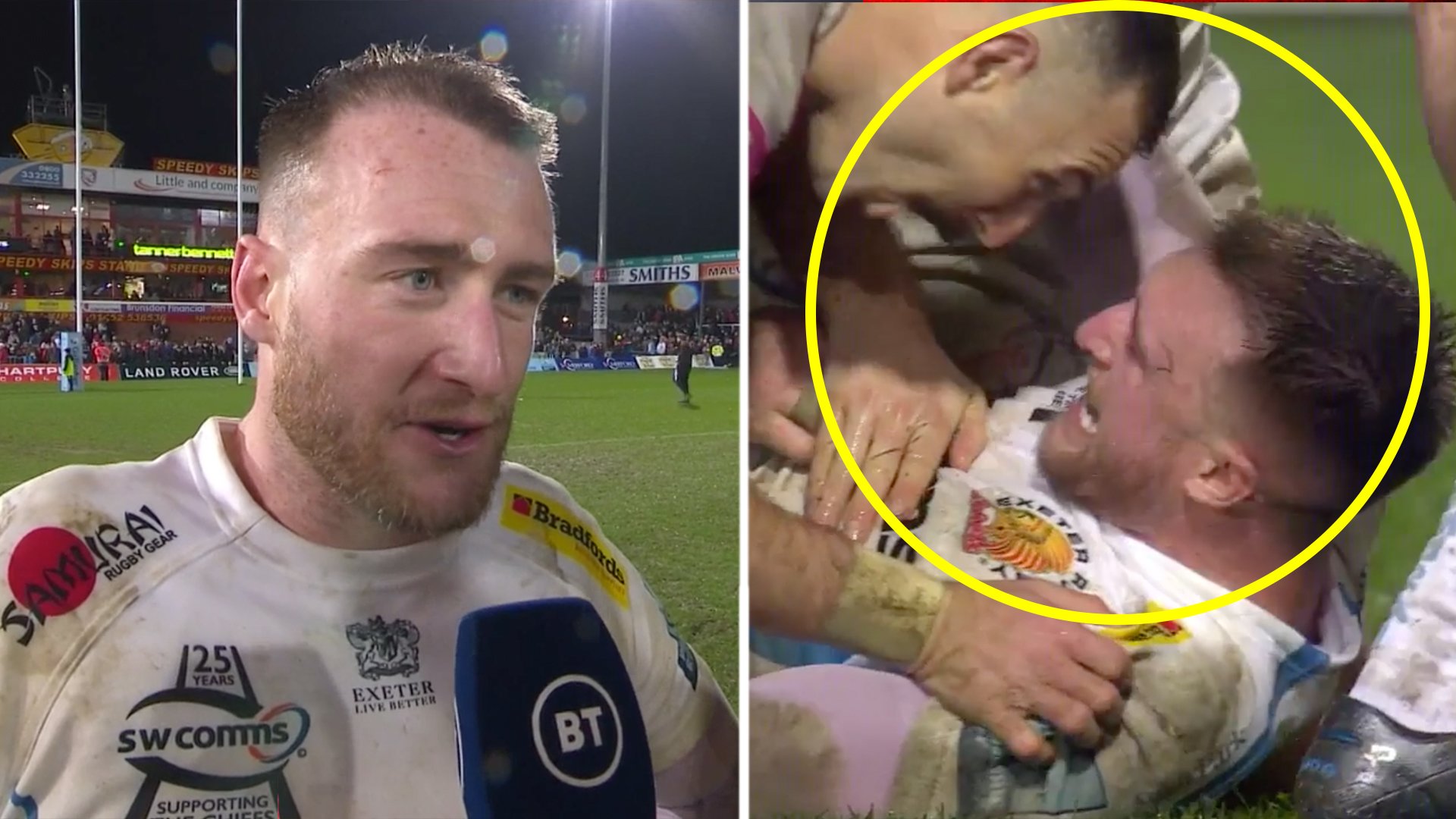 Scotland and Exeter full-back Stuart Hogg had a sensational response to his critics who have surrounded the player since his unlucky fumbles against England and Ireland in the Six Nations.

The Scottish mercurial talent scored his first try for Exeter last night in the Gallagher Premiership and he made sure his celebration matched that of the banter that he has received from his friends and the media over the past couple of weeks.

His Exeter teammates have given him a lot of stick recently after he dropped the ball over the try line against Ireland and fumbled it against England. Stuart Hogg had a sensational response for his critics in his try response last night as he sped past Banahan to dot the ball down for the men from Exeter.

When he went in to score the try he wrapped the ball in both arms in a comically tight grip on the ball for his celebration.

You could tell he was relieved to have got the ball down and his Exeter teammates were there to surround the player in love once he scored the try.

Here is the video of the try and his hilarious response.

We think the Scotland player is without a doubt one of the best players in Europe so it’s brilliant to him getting back to his scoring ways after a difficult couple of weeks in the Six Nations.

The celebration on this try is something else, that’s a response and a half!

This isn’t the first time we have seen a celebration in response to critics. Back in 2018 Maro Itoje celebrated by falling asleep after the media speculated that they thought Itoje was too tired to play. We simply love this!