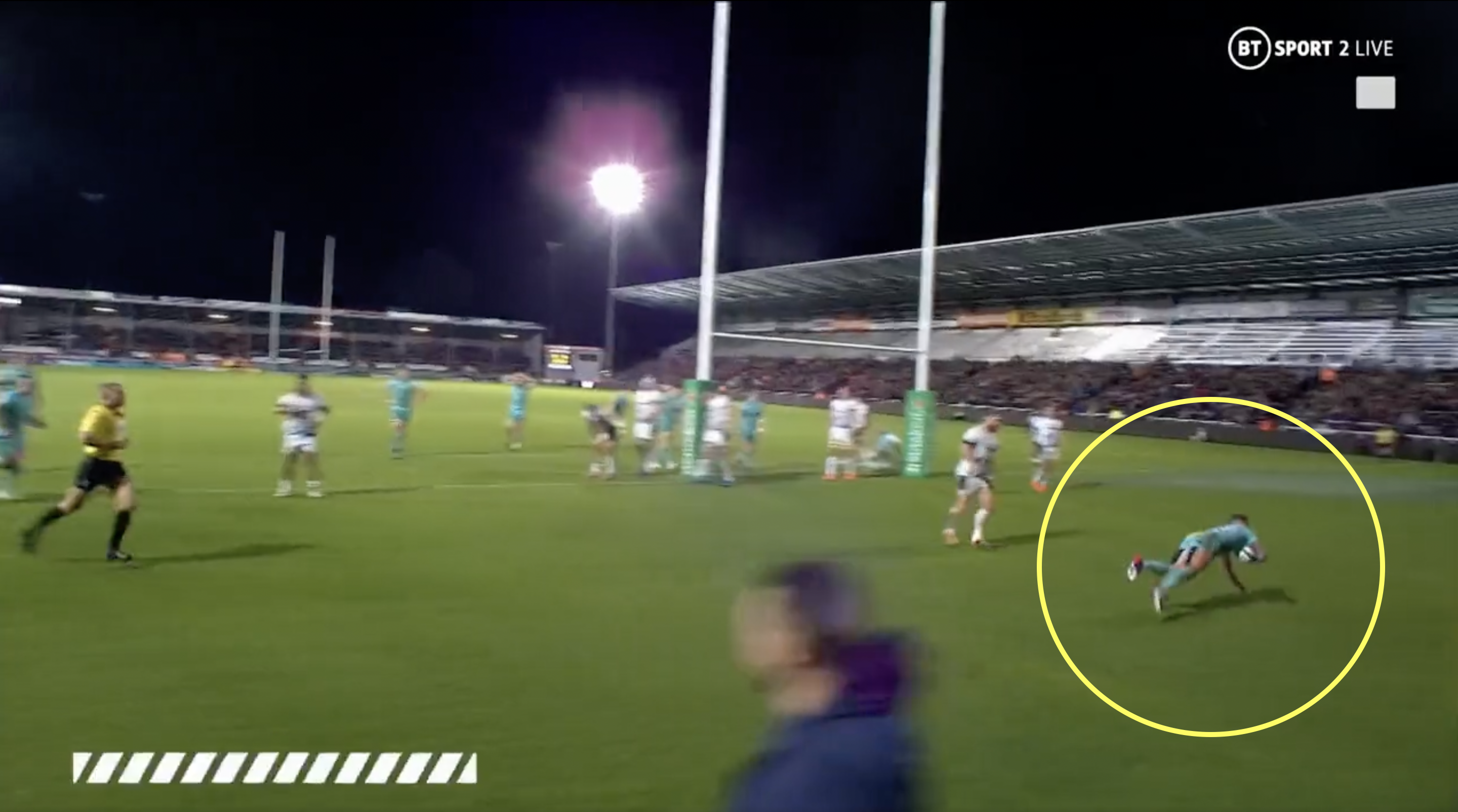 Stuart Hogg’s magic celebration was better than the try

Stuart Hogg scored an impressive try on Saturday, stepping four onrushing Montpellier tacklers at once and running under the posts.

However, the try was only the beginning of the Hogg magic show. After diving over the line, the Scotland captain threw the ball up in celebration, only for it to fall back in his hands without him even looking. This caught the attention of Martin Bayfield, David Flatman and Lawrence Dallaglio after the match, who discussed whether Hogg’s celebration was deliberate or not.

The fullback had a decent game in the 42-6 win at Sandy Park, and it goes to show that when you are in form, luck falls on your side.

Feast your eyes on this! 👀

Hogg will hope that his luck continues this Saturday as his side travel to Scotland to take on his former club Glasgow Warriors in round two of the Heineken Champions Cup. Glasgow picked up a losing bonus point in a loss to La Rochelle in France on Sunday, so are still in the hunt in chasing Pool A leaders Exeter, but will know that home wins are a necessity in this new tournament format.

Saturday was actually Hogg’s first appearance after being named in the 2021 World Rugby Dream Team last week. He was one of only five players from the Northern Hemisphere to make the XV, those being Wales’ Wyn Jones, Ireland’s Tadhg Furlong, England’s Maro Itoje and France’s Antoine Dupont, who was also named the World Rugby Player of the Year.