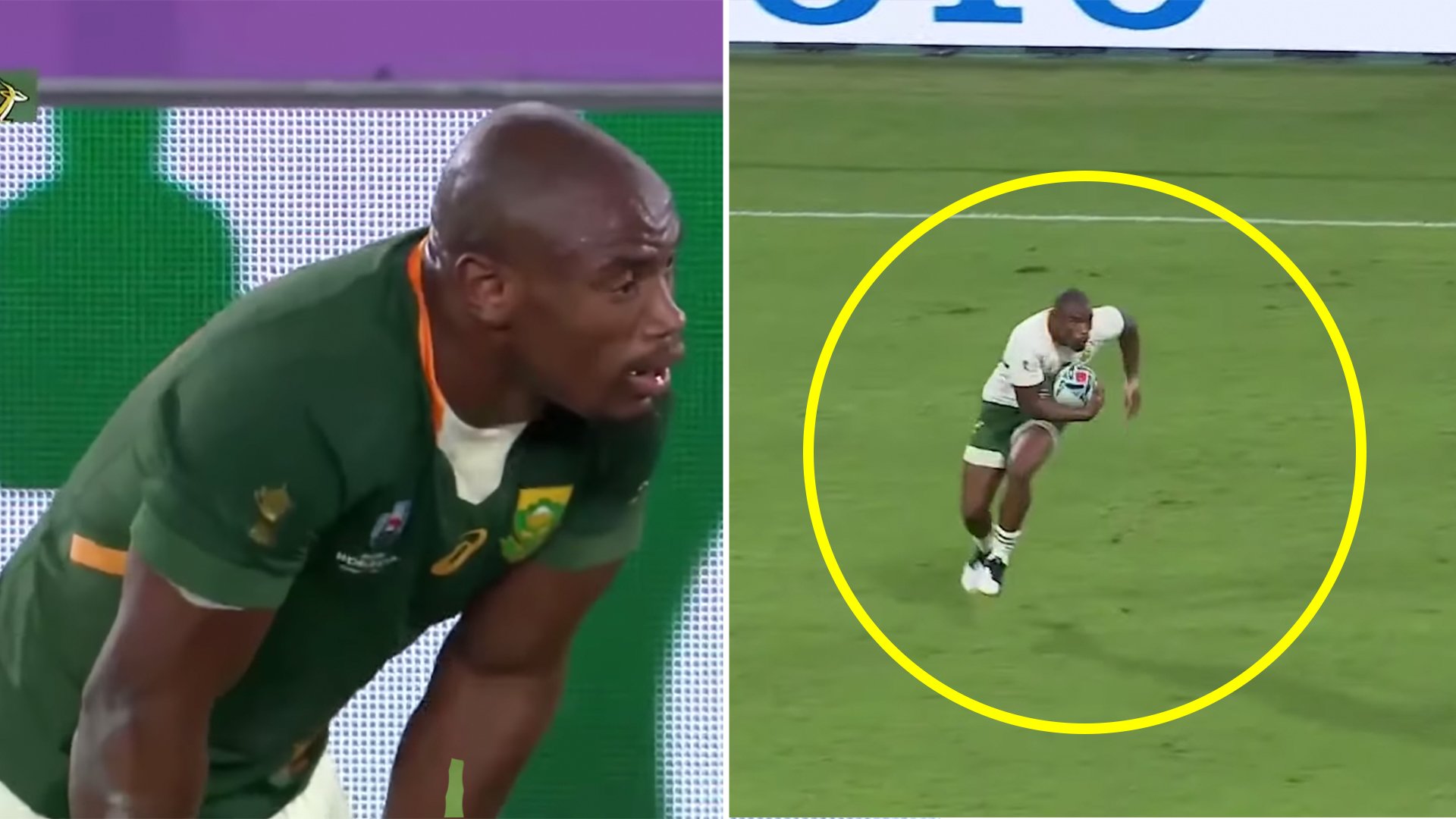 A stunning new video lays claim to fact that Makazole Mapimpi is the best winger in World Rugby. The highlight reel shows just how good the South Africa winger has been for South Africa and the Sharks this year.

A video maker called Die Hard Rugby dropped the highlight reel today showing just how impressive he has been for the World Cup-winning Springbok team this year.

His incredible speed and acceleration of the mark is highlighted in this video, with his try-scoring exploits in the World Cup and Super Rugby on display.

The highlight reel speaks for itself. He surely has to be considered one of, if not the best winger in the World at the moment.

Some Facts about Mapimpi during the World Cup

 Started in five of South Africa’s six matches at this Rugby World Cup. Not in the match-day 23 against Canada.

 Has scored five tries in this Rugby World Cup, lifting his total to 13 tries in 13 test appearances.

 Only Bryan Habana (eight in 2007) scored more tries for South Africa at a single World Cup than Mapimpi has at this one (5).

 Scored his first test try on debut against Wales. Scored two tries in his second appearance versus Argentina in the 2018 Rugby Championship.

 Has been the in-form wing as the Springboks explore a World Cup life after Bryan Habana.

Super Rugby’s Sharks have managed to keep hold of Makazole Mapimpi and Lukhanyo Am despite the Springboks World Cup winners reportedly receiving lucrative offers to head to Japan and France respectively.

South African rugby had introduced an industry salary plan (ISP) to deal with the repercussions of Covid-19. The 21-day window allowed for players and staff to cancel their current contracts with immediate effect, opening the door for Mapimpi, the 29-year-old winger, and 26-year-old midfielder Am to potentially head north.