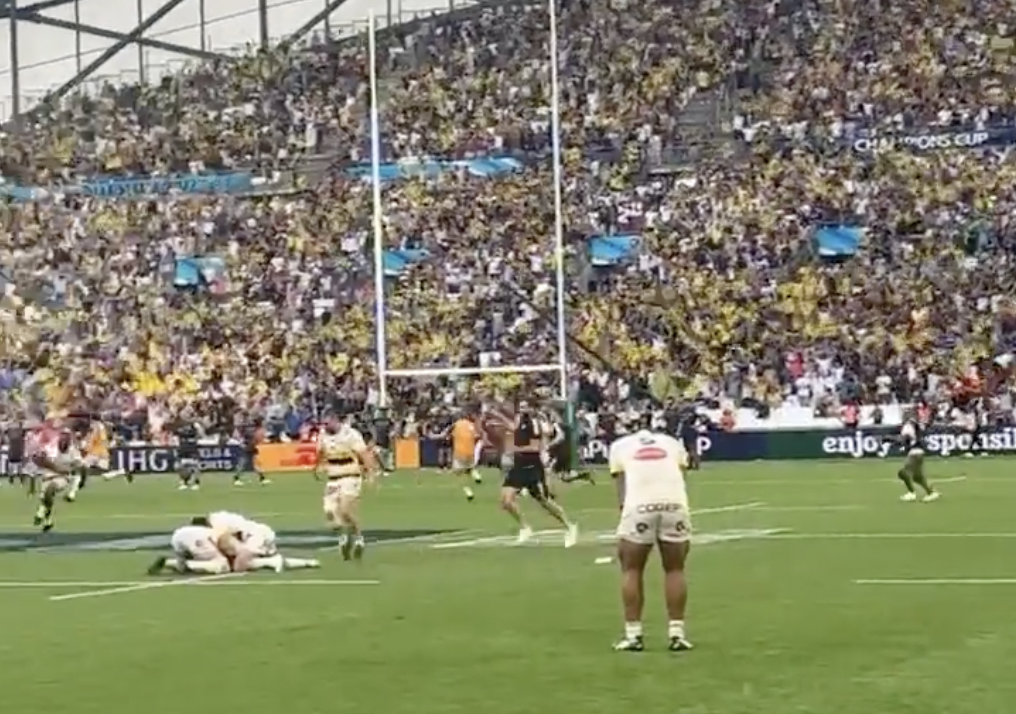 There have been some pretty wild videos and photos that have found themselves online in the wake of La Rochelle’s last gasp victory over Leinster yesterday in the Champions Cup final.

The city of La Rochelle looks to be in a state of complete pandemonium at the moment, with more and more videos showing the wild scenes. But pundit Ugo Monye has provided a unique pitchside view of the moment La Rochelle won the title seconds after Ihaia West’s conversion following Arthur Retiere’s match winning try.

The video shows everything the club is about, with players storming the pitch and collapsing to the ground, but also thousands of yellow flags being waved furiously at the Stade Vélodrome.

“We made a plan and our want was huge. There was nothing in it, but the key was taking away Leinster’s space and time,” said head coach Ronan O’Gara.

“I told Arthur I hoped to give him 30 minutes to allow him to go on and win the game.

“There are certain players in football, like Ruud Van Nistlerooy, who you know are going to get goals and Arthur Retiere is a brilliant rugby player, but he is an average number nine and an average winger. He is a brilliant player without a position.

“Leinster are usually out of sight in the first half so at half-time – when we were five points behind – I asked the players ‘what’s the problem’? The data shows we score 60 per cent of our points in the last quarter.

“Twelve months ago we went to Racing and got beaten 49-0. There was fighting and it was carnage, but it will be carnage in the port of La Rochelle for the next few days after this.

“It was such a tense game and it all feels a little bit surreal that we will wake up in the morning as European champions.”