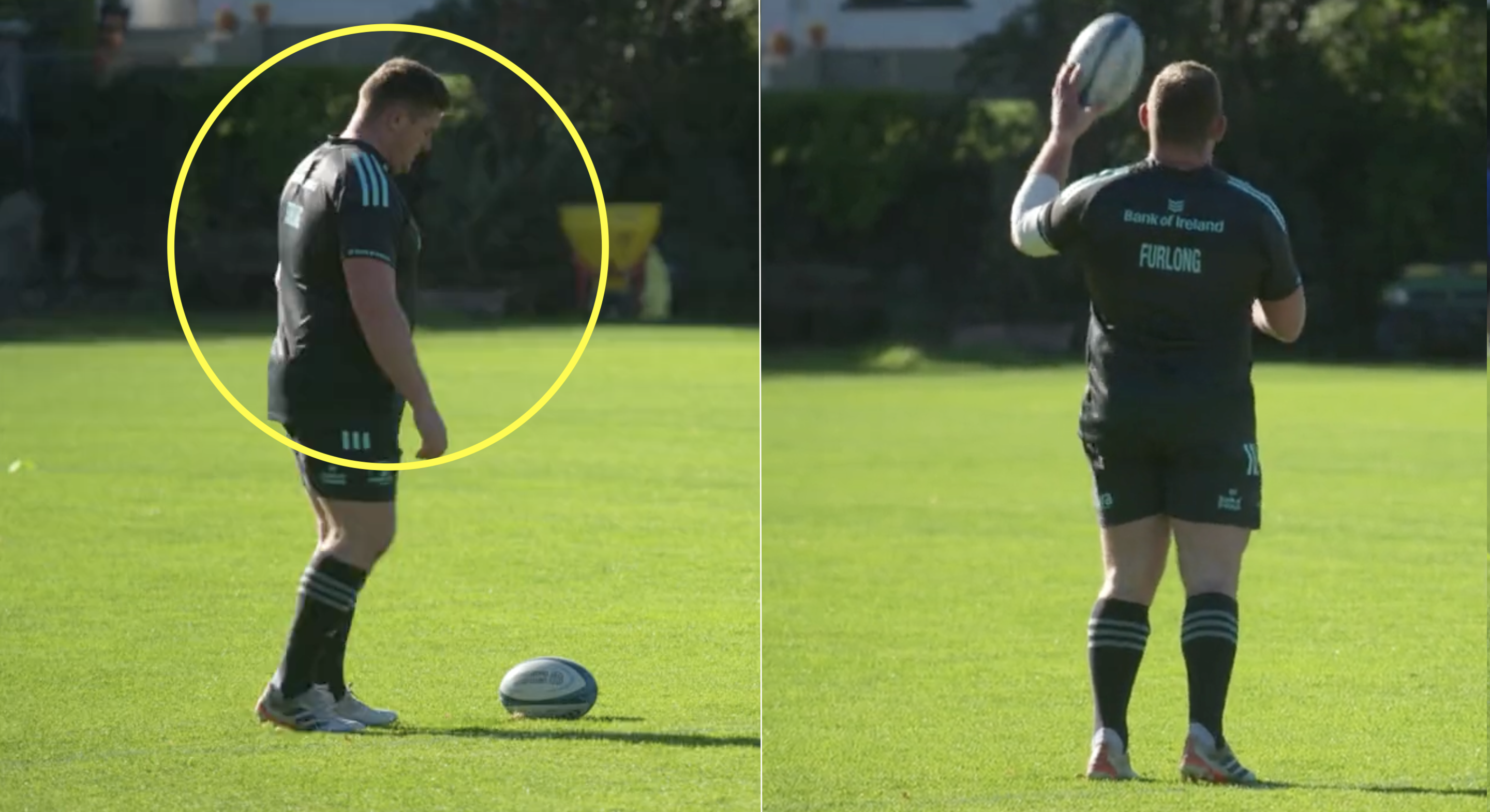 If the sight of him throwing no look and miss passes off either hand to absolute precision was not enough to convince you that Ireland and Leinster tighthead Tadhg Furlong has the capability of being a fly-half, maybe his handy footwork recently might do the trick.

A video clip has been shared this week of the 125kg British & Irish Lions prop training with Leinster, where he showed off his very own “Maradona warm-up”. If this is not the all the proof that anyone could need to suggest Furlong is secretly a No10 hiding in a Test prop’s body, then nothing will ever convince you.

The video was shared by Eoin Byrne, take a look:

Out at Leinster training to interview this man & we captured one of those “Things you love to see moments”.

This is not an unfamiliar sight at Leinster and Ireland training grounds, however, as Furlong’s longtime front row partner Cian Healy has shown off some of his flashy footballing skills in the past as well.

Take a look at some of Healy’s skill:

Brighten up your Wednesday with this serious bit of skill from Cian Healy at training in Carton House this morning #WALvIRE #TeamOfUs pic.twitter.com/XW3T6SvgmE