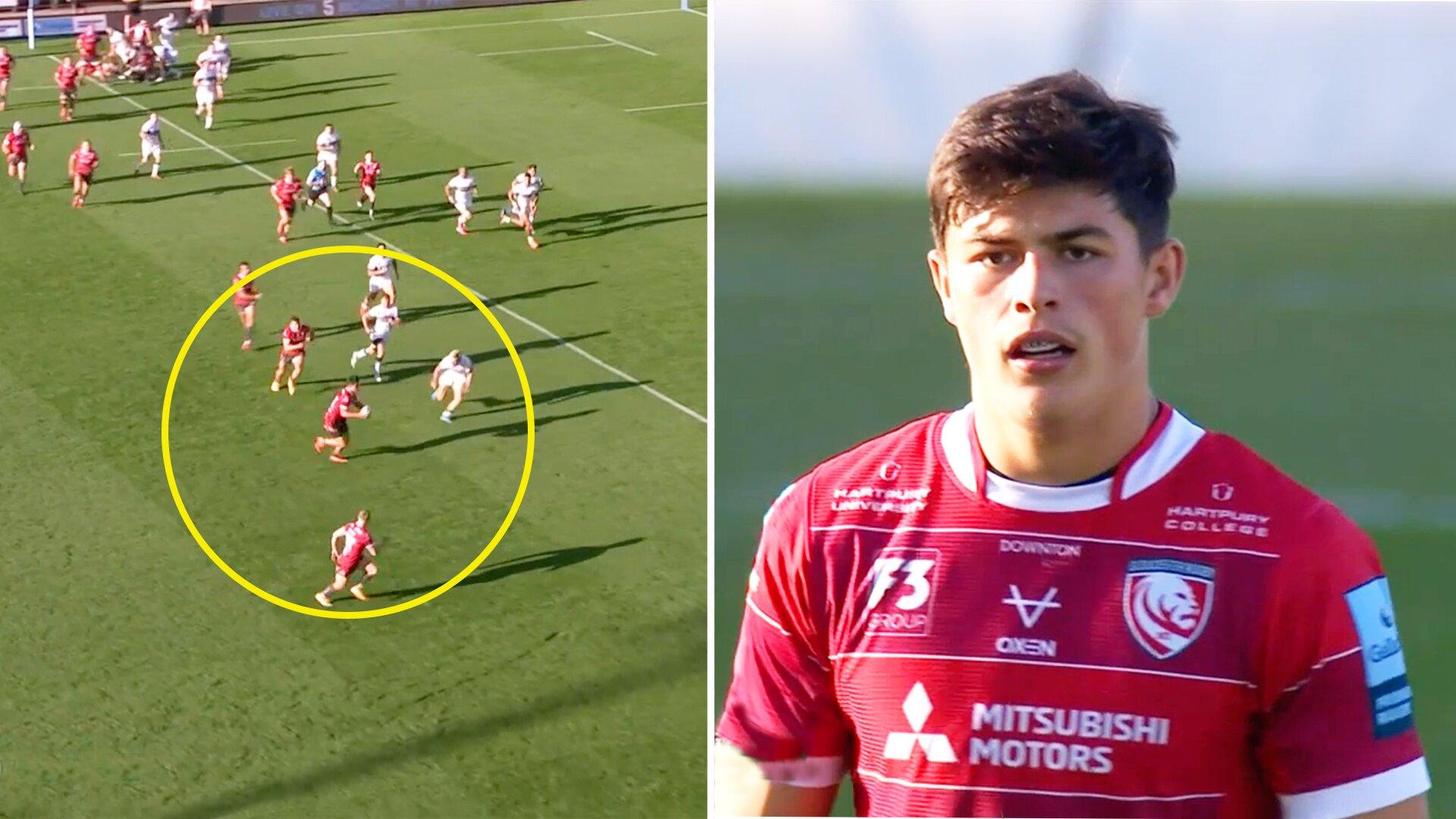 Louis Rees-Zammit has further proved why he’s being called the most exciting young player in European rugby with yet another sensational performance today for Gloucester.

The 19-year-old winger came on today in the sides clash against London Irish as an injury replacement Jason Woodward and made an immediate impact for his side.

As the clash was nearing the hour mark the score stood at 17-20 to Irish with the momentum of the game not favouring either side.

That was until this incredible Louis Rees-Zammit intervention off of a set-piece move. This was special!

How do you defend against @LouisReesZammit?!

This was the youngster’s 15th try of the season that was crucial in his side winning today at Kingsholm.

Fans took to social media to heap praise on Rees-Zammit.

Louis Rees-Zammit 💯 has to be involved with Welsh team now. His trial period is surely over, full time employment !

Another week full of clips of Louis Rees-Zammit being rapid coming up then! #GLOvLIR

Louis Rees-Zammit is as clinical as they come isn’t he? Absolutely leaving pacey players for dead week in, week out! Frightening pace ⚡⚡ #GLOvLIR

Rees-Zammit will surely now be pushing for a place in Wayne Pivac’s side to see out the rest of the Six Nations campaign.

Having started his youth career with the Cardiff Blues, he moved to Hartpury College and from there to the academy of Gloucester Rugby.[2] He broke into the Gloucester senior team in the 2019–20 season, becoming the club’s youngest ever Premiership player.[5] He scored two tries against Worcester during a 36–3 win in December 2019,[6] and later the same month became the first 18-year-old to score a hat-trick of tries[7] during a 33–26 loss to Northampton.[8]

He received the Premiership Player of the Month award in December 2019.[9]

On 13 January 2020, Rees-Zammit signed his a new long-term professional contract with Gloucester, thus promoted to the senior squad from the 2020-21 season.[10]

Rees-Zammit received his first call up to the senior Wales squad by coach Wayne Pivac on 15 January 2020 for the 2020 Six Nations Championship.[11]