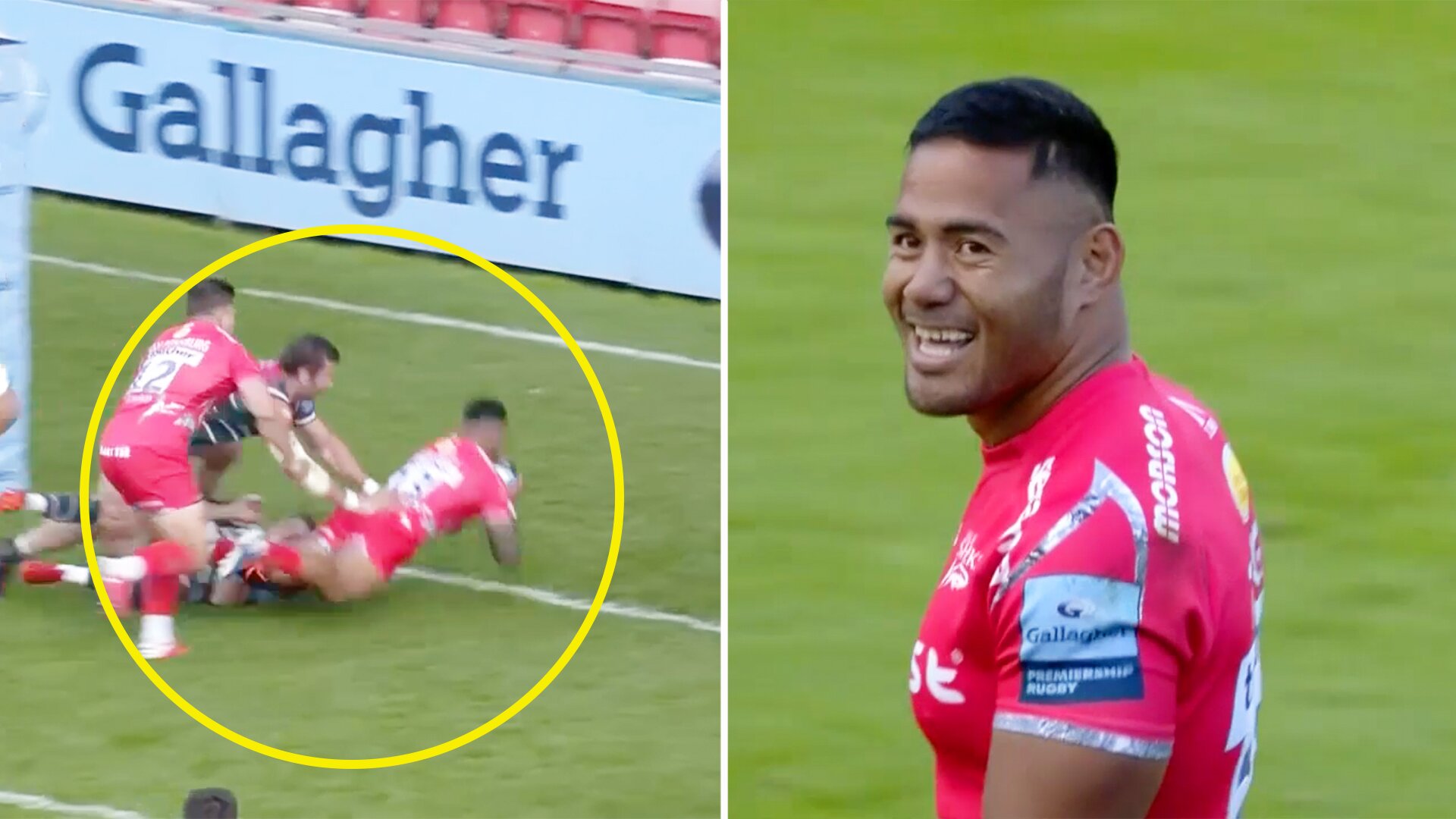 Manu Tuilagi marked his return to Welford Road with a brilliantly taken first-half try against his former employers.

The 29-year-old played like a man possessed in the first half as he ran riot at the home of Leicester Tigers.

The visitors took control in the opening half hour of the encounter as Faf de Klerk slotted an early drop goal to put his side ahead.

AJ MacGinty made things worse for Tigers as Sale Sharks started to press on with the advantage.

All eyes were on Manu Tuilagi on his first game against Leicester since his big money move to the Sale this summer.

Fans were not left disappointed as the England star dominated in possession with a string of strong carries that resulted in this brilliant try under the posts early in the second half.

watch Manu Tuilagi score this brilliant try under the posts

Manu scores against Leicester. You couldn’t write it pic.twitter.com/N0EuCJ4Xm7

Sale Sharks went into the break with a commanding lead over Leicester.

Icons of the Test game such as Jerome Kaino and Joe Rokocoko were involved in the launch of the club that was to be the first Maori and Polynesian owned and operated professional rugby set-up in the world.

It’s ultimate aim was to develop a team that would participate in Super Rugby in years to come, but it’s initial first step – joining the 2021 MLR – has now been scuppered.

A statement from the American league read: “Major League Rugby (MLR) announced that the exclusive negotiating agreement it executed with Kanaloa Hawai’i Rugby Ltd has expired.

“MLR and Kanaloa Hawai’i have not reached any agreement by which this team may join MLR for the 2021 season.

“MLR commissioner George Killebrew has encouraged this potential ownership group to continue with its development plans so that it may be in a position to join MLR for a future MLR season.”