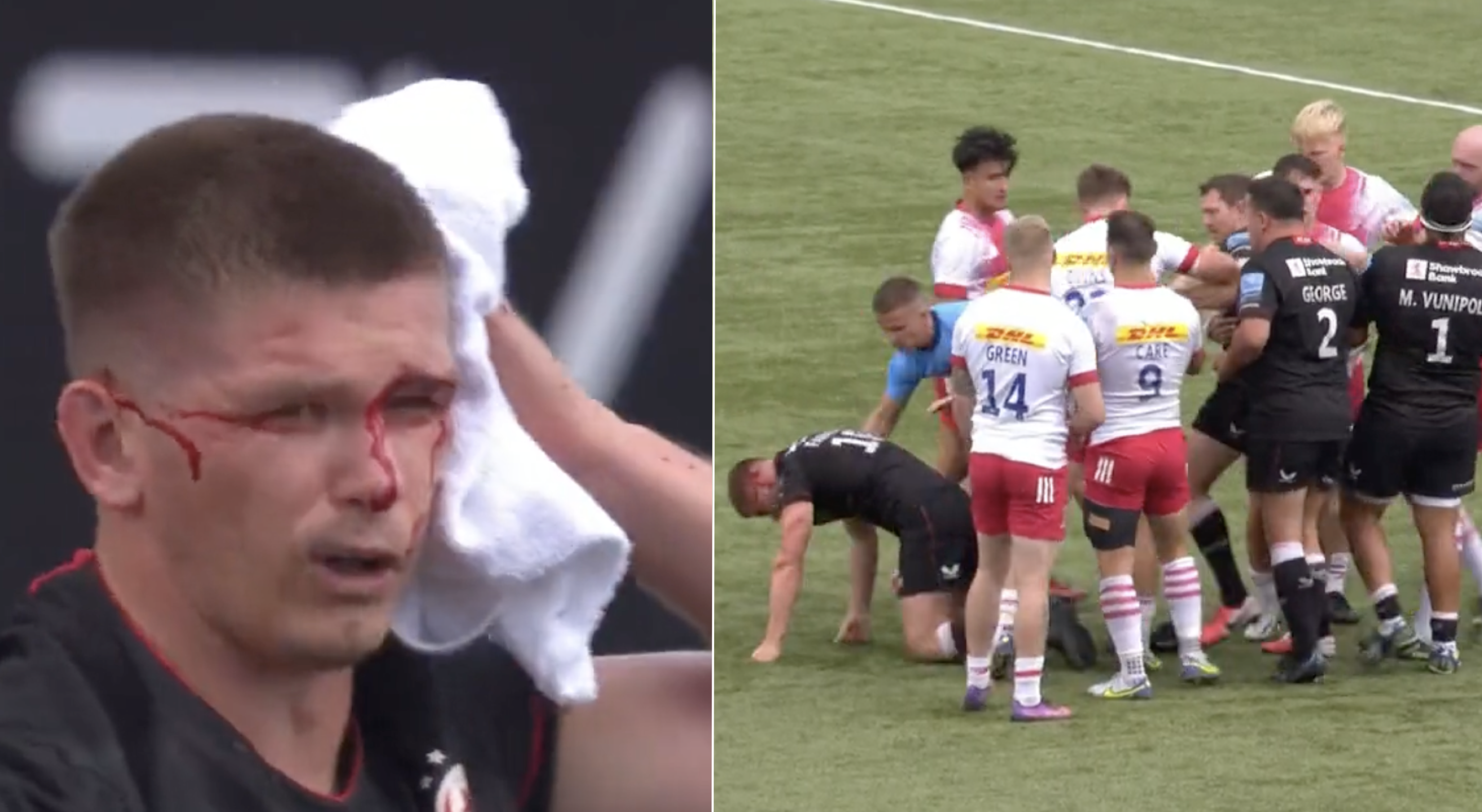 It would not be a semi final derby if there was not a bit of friction here and there, and fans certainly got that at the StoneX Stadium on Saturday as Saracens beat London rivals, and reigning Gallagher Premiership champions, Harlequins.

Tempers truly boiled over on the hour mark when a 14-man Saracens were leading 27-12. Quins were camped near the hosts’ line looking for the try, but failed to keep hold of the ball as No8 Alex Dombrandt knocked on. This was met by the raucous celebrations that Saracens are perhaps known for, and have used in the past to get under the skin of many opponents.

The England No8 quickly turned to Sarries’ Nick Tompkins, before Theo McFarland joined in and started a minor scuffle by the dead ball line. Meanwhile, Danny Care, who picked up the loose ball, was getting driven back by Ben Earl, which started another brawl elsewhere on the field. It was no surprise that Owen Farrell found himself at the bottom of that brawl, and soon stood up covered in blood as a cut from earlier in the match reopened.

Saracens booked their place in the final with the win, where they will face Leicester Tigers, who beat Northampton Saints later that day. Saracens director of rugby Mark McCall praised his side’s spirit after the game, saying: “It’s been a tough two and half years and it was a problem of our own making.

“Mistakes were made, but 99 per cent of the people in the organisation weren’t responsible for what happened and that’s never talked about.

“Every one of them, staff and players, had a reason to leave and an excuse to go if they wanted, but none of them did. That level of loyalty probably saved the club to be honest.

“We saw out on the field against Harlequins where that loyalty comes from, that togetherness that exists. This is a special group of players and I couldn’t be prouder.”

This one was always going to be a heated affair, tempers boiling over here 😡#GallagherPrem pic.twitter.com/W0OKOPRtb5