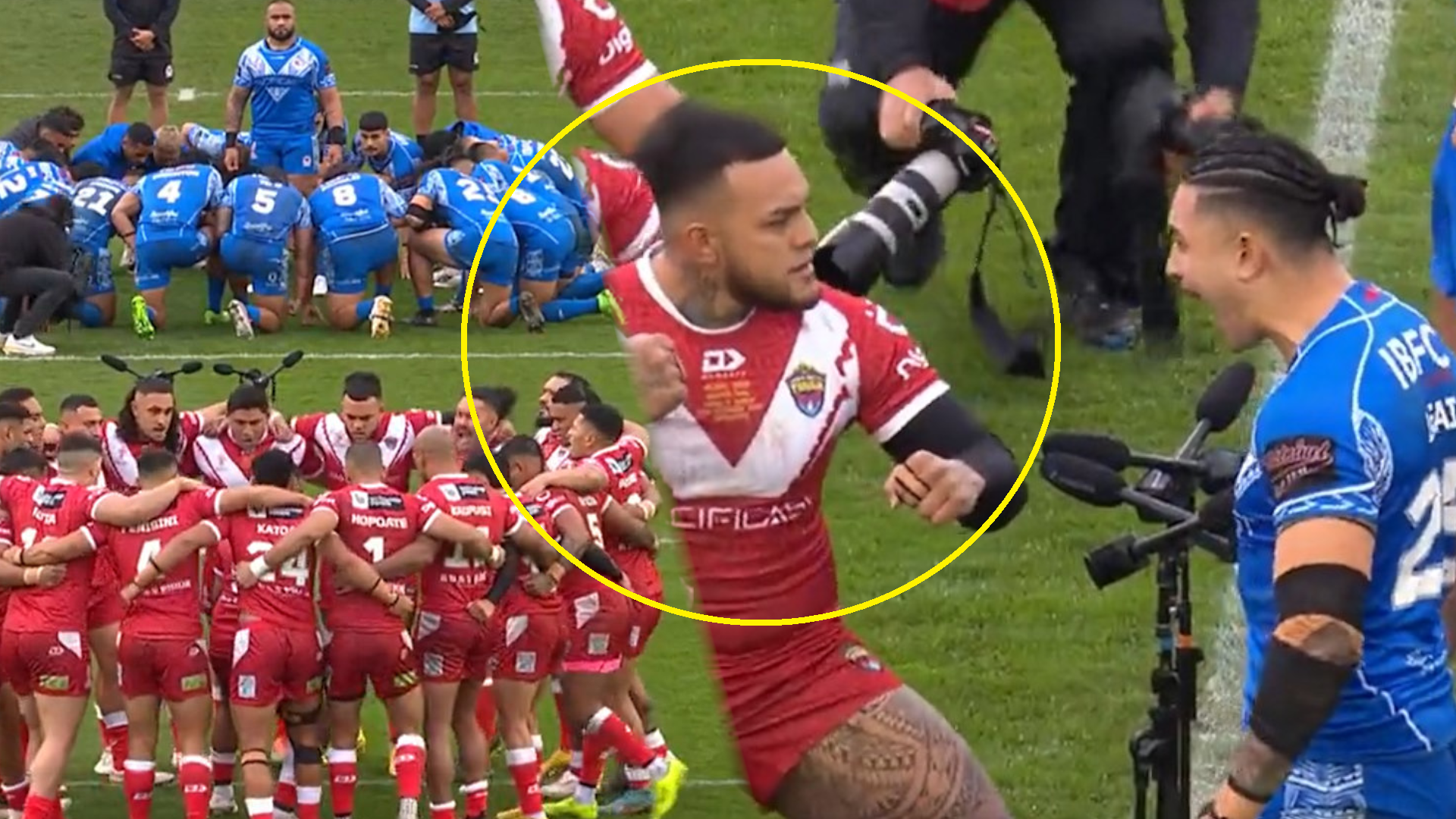 When the last time we saw a haka this intense in rugby union? Rugby League does a lot of stuff weirdly but this is definitely a case where they are dead right.

Samoa and Tonga had an unbelievable face-off at the Rugby League World Cup in England this week. Jared Wright on Twitter makes a brilliant point, why does rugby union insist on a 10 metre gap on either side of halfway?

“For the cultural challenges, teams must be positioned on the same halves of the field as for the kickoff of the match.”

The All Blacks Haka has, if we are being honest, has lost its impact in recent years. Repetition and the lack of incentive to challenge it has made it feel more like a formality than the much anticipated showpiece it was 10 to 20 years ago.

Time for a change we think. How brilliant a piece of sporting theatre is this: Take a look!

World Rugby get rid of the 20 metre rubbish for Hakas.

What makes this even better is that they embrace and shake it out with each other afterwards.

In other news: Springbok Sevens coach Sandile Ngcobo said missed opportunities contributed hugely to the disappointing performance of the Blitzboks at the Cathay Pacific/HSBC Hong Kong Sevens and that lessons learned at the tournament will be addressed.

Ngcobo acknowledged the squad did not play to their best and said it hurt that they missed the opportunities created during their five matches at the Hong Kong Stadium, with defeats against Fiji and Argentina on the final day contributing to a disappointing outing.