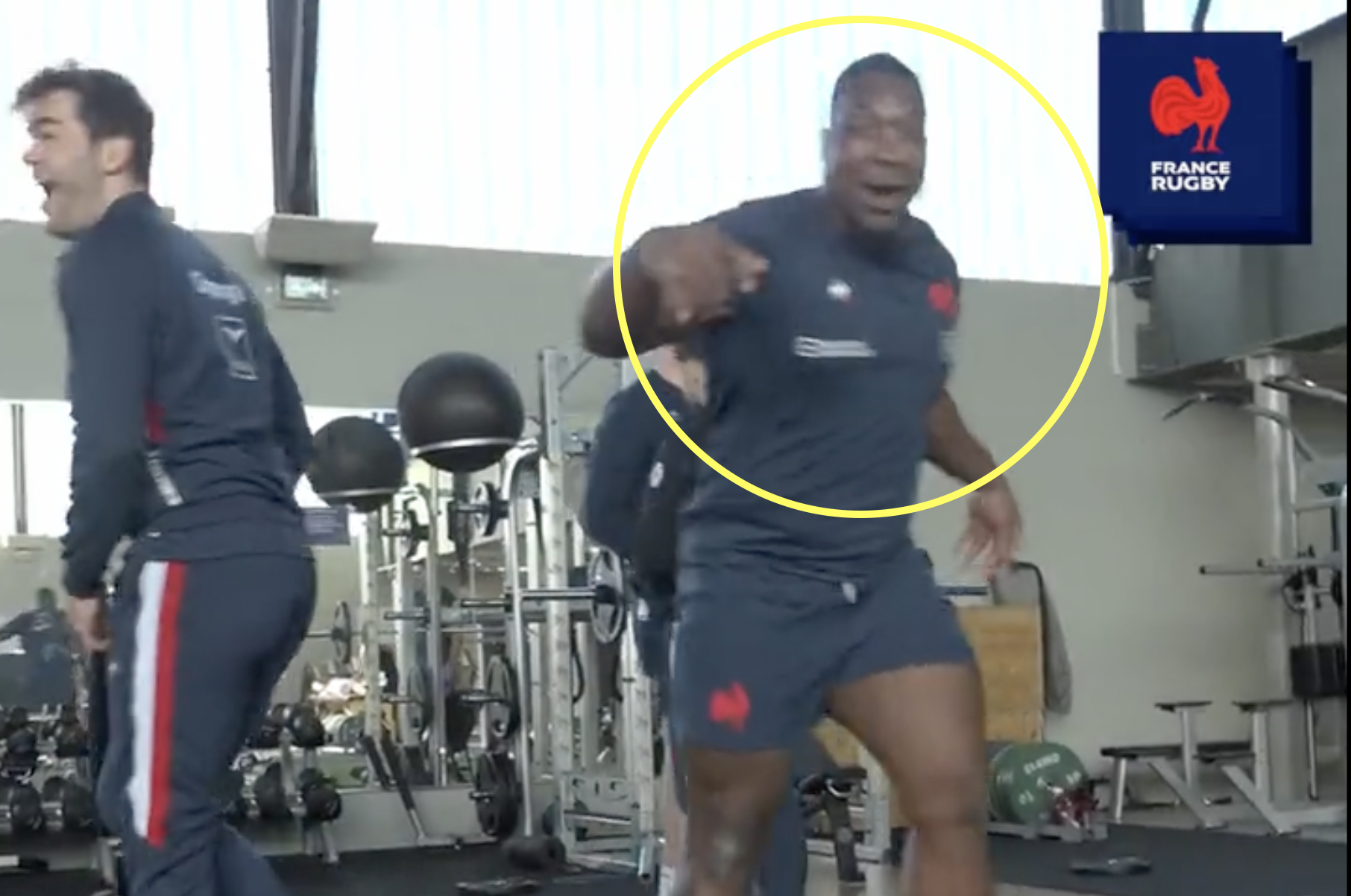 The sight of a prop kicking is often met with a strange mix of shock, curiosity and amazement by onlookers, and leaves a chilling effect for days, weeks or maybe even months after.

France have shared a video of the Lyon prop in the gym playing with a football. Winger Damian Penaud was trying to tackle the 124 kg forward, but was struggling. Then, Bamba pulled off the most audacious piece of skill, nutmegging the ASM Clermont Auvergne man before running off in celebration. All Penaud could do was laugh.

Take a look at Bamba’s skill: