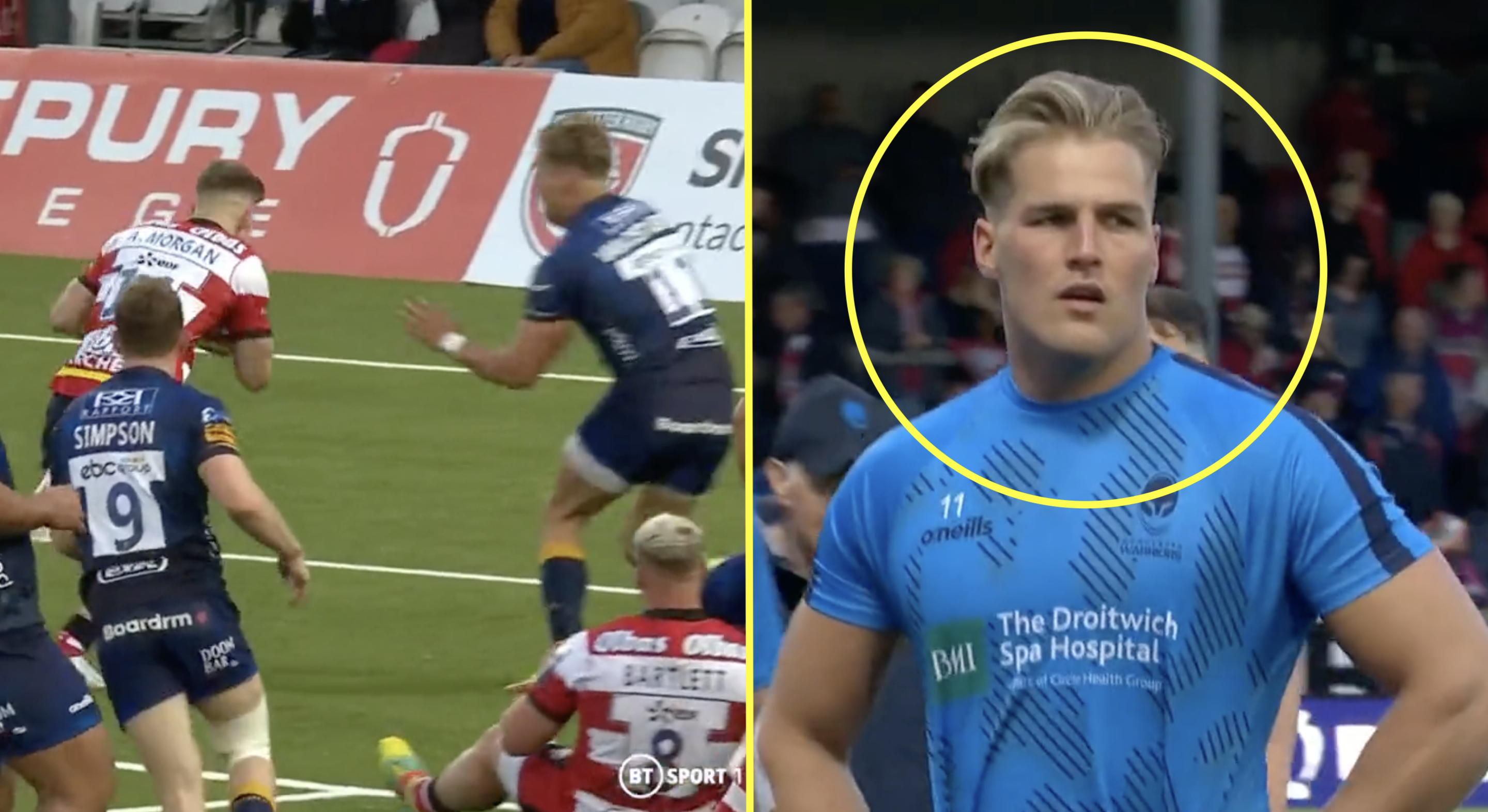 Worcester Warriors made the Premiership Rugby Cup final yesterday with a 39-25 win over Gloucester at Kingsholm, and they have Duhan van der Merwe to thank.

Usually it is what the 106kg winger does with ball in hand that gets all the plaudits, and indeed he did score, but it was actually a tackle that proved to be match defining against the Cherry and Whites.

The tackle actually came in the ninth minute of the match with the scores still level at 0-0. Gloucester wing Alex Morgan looked for all the world like he was going to score when he received the ball five metres out from a Gloucester break. However, van der Merwe was able to engulf him as he went over the line, and with his sizeable frame wrestle to keep the ball held up. The tackle was so impressive that Austin Healey said in commentary that it “is one of the best try saving tackles you will ever see.”

An early try could have swung the game completely, and would have put the home side in the ascendency. Instead, the Warriors repelled them and came out on top. Come the end of May, when the Warriors would have already played London Irish in the final, they may look back at that tackle very fondly.