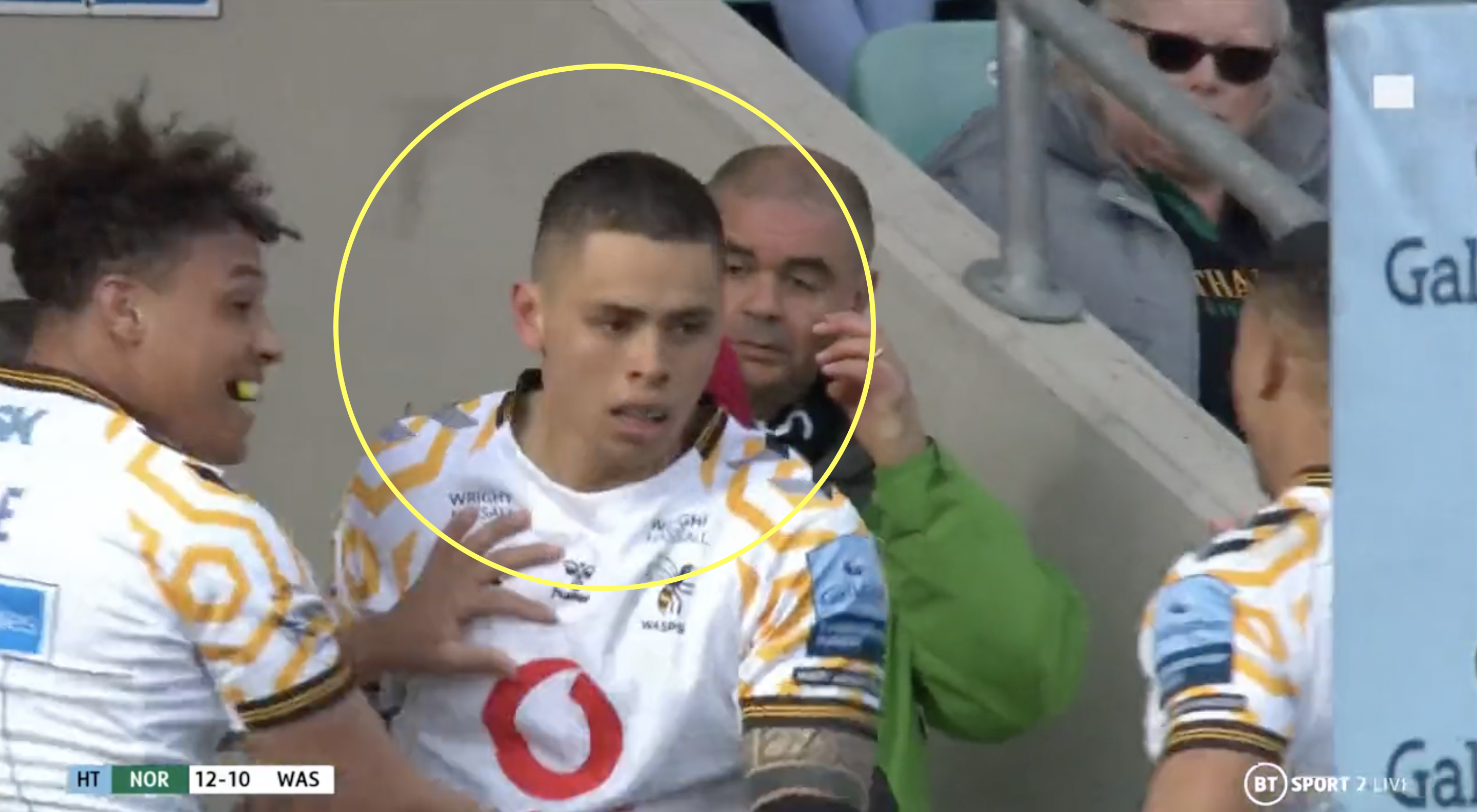 ‘That should never have been a try’: Wasps score the luckiest try ever

Even the most die hard Wasps fans will have a tough time trying to convince themselves or anyone else that their opening try against Northampton Saints on Sunday should have stuck.

Fly-half Jacob Umaga went under the sticks on four minutes at Franklin’s Gardens in the Gallagher Premiership, but replays have since shown that he clearly dropped the ball when placing it with one hand.

Benjamin Kayser praised the 23-year-old’s poker face on BT Sport, while Andy Goode said “it should never have been a try, it should be checked, we have the technology, it’s not good enough.”

The Saints bounced back soon after and eventually went on to win 27-22, but Wasps definitely got away with one of the luckiest tries of the season.

Wasps head coach Lee Blackett actually bemoaned the fact that his side had a disallowed try in the first half, so it’s all swings and roundabouts in the end.

“I was really happy with the first 20 minutes, I thought we controlled it, we were unlucky to have a disallowed try as well,” he said.

“We then get turned over on the breakdown on the counter-attack, before you know it, we were gifting them field position.

“I thought we scrambled pretty well to go in just 12-10 down. I like to think we could’ve deserved more out of the first 20 minutes, we should’ve been up even more, but we didn’t.

“A couple of errors knocked the stuffing out of us.”

With Northampton now sitting in eighth place in the league, four points ahead of Wasps in ninth, their director of rugby Chris Boyd rued the fact that Wasps were able to get a losing bonus point, which perhaps they should not have given their opening try.

He said: “I don’t know how critical it will be in the end, but it would have been nice for Jimmy [Grayson] to have got one of those penalties at the end and deny them a bonus point, but he had a much better game today and I was very pleased for him.”

"There's clear separation, it should never have been a try. It's not good enough."