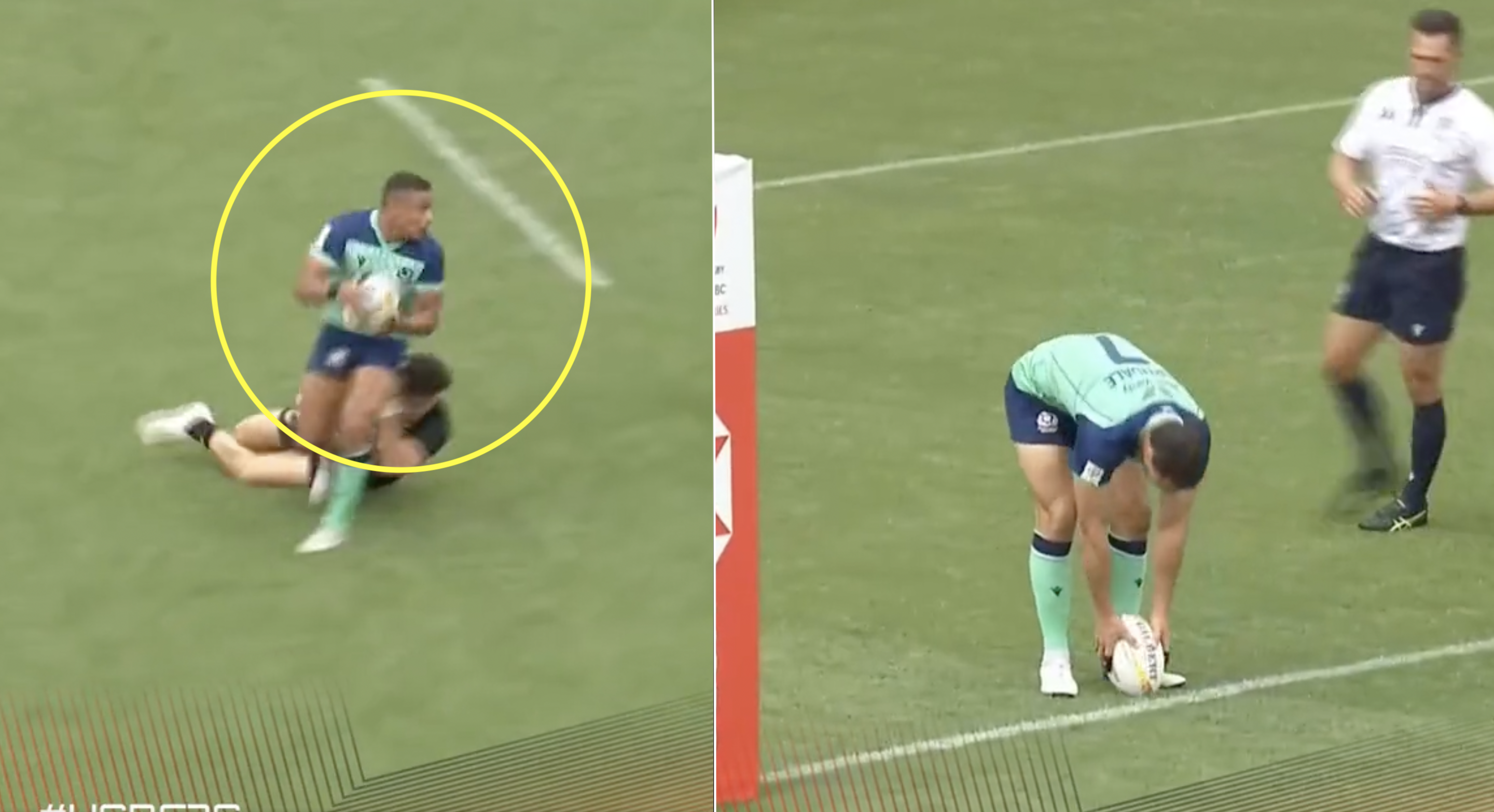 “That was incredible”- Scotland stun New Zealand with unreal offload

If you are only going to score one try against New Zealand, you might as well make it a good one, and that is what Scotland did against this weekend at the HSBC Toulouse Sevens.

After failing to make the quarter finals, New Zealand and Scotland were facing each other in the ninth place playoff final having already encountered each other in the pool stages. New Zealand came out 19-0 winners in the pool stages, and their second match was not too dissimilar, although on this occasion Scotland did get on the scoresheet through Jamie Farndale in a 42-7 loss, and it was quite some try.

But it is Kaleem Barreto that Farndale has to thank for his try, after he produced a miracle offload. After making a break from his own five metre line, Barreto was dragged down on the halfway line. But just before he went to ground he was able to flick the ball away out the back of his hand, allowing Farndale to race through for his try.

Take a look at the offload: