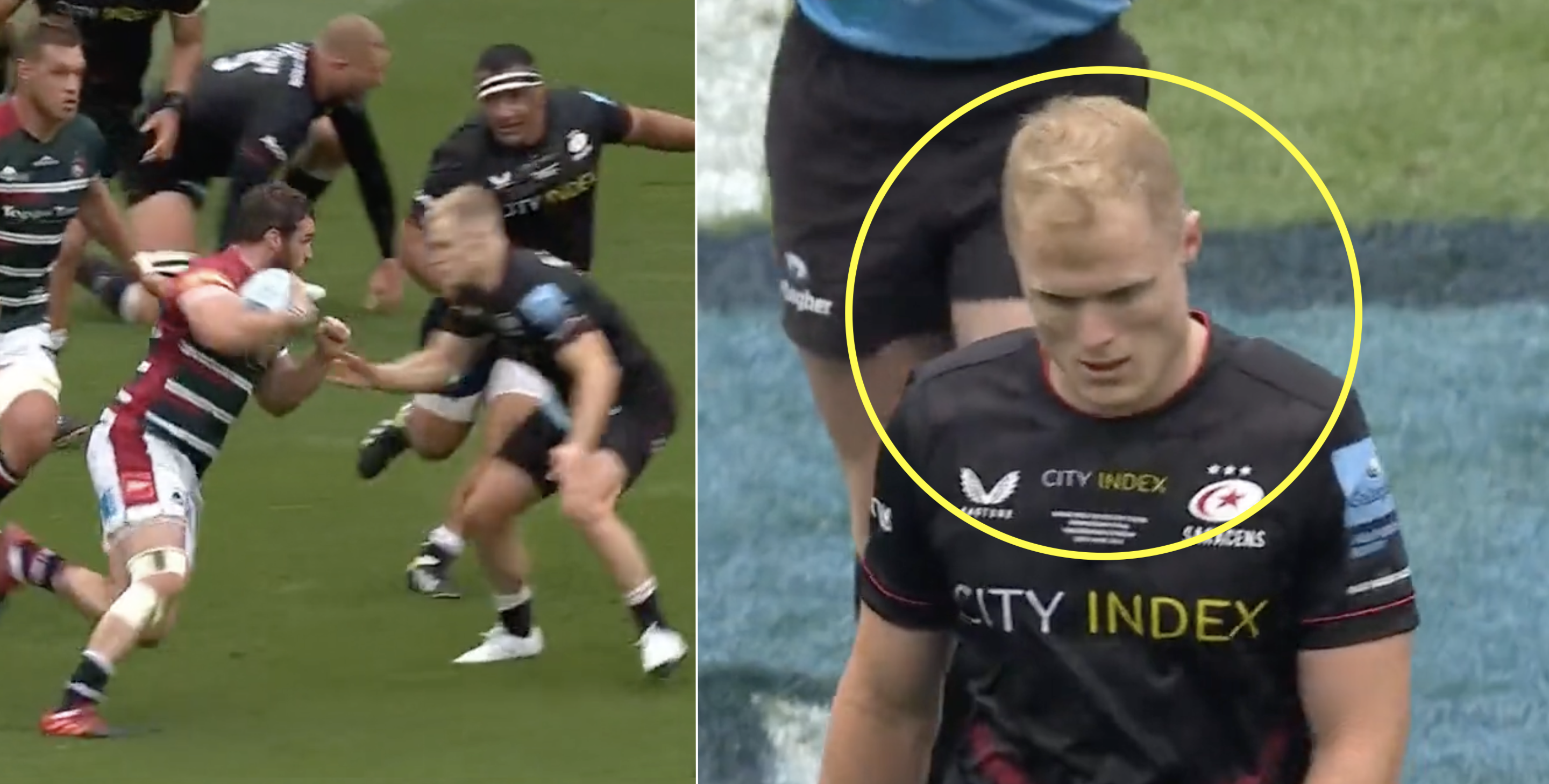 One of the biggest talking points in the Gallagher Premiership final today was the yellow card shown to Saracens scrum-half Aled Davies for his high tackle on Leicester Tigers hooker Julian Montoya.

There was clear contact straight to the head with the tackle, in what immediately was a bad tackle to look at. However, referee Wayne Barnes only deemed it a yellow card as the tackle was not done with force, and Davies was knocked back.

This has created quite a debate online, with people saying backs will rarely be red carded then as a 113kg forward is usually going to win the collision with a 86kg back. Even Austin Healey pointed out in commentary at the time that forward is always going to win the contact battle with a back, even with their head, which therefore fell in Davies’ favour.

There was quite a discussion at half time with BT Sport, as pundits Ugo Monye and Lawrence Dallaglio sat on different sides of the fence.

“I thought it was a red initially, I’m not sure,” Monye said. “I’d say there’s a lot of confusion. It’s straight to the head, clear line of sight. There’s subjectivity about the amount of force, I mean that’s Julian Montoya being knocked to the ground. So I’m not sure, is it good for the game? Yes. Is it in the laws? I’m not sure.”

Dallaglio added: “It has to be really, really conclusive red to send a player off.”

“What’s more conclusive than a shoulder to the head?” Monye responded.

“We’ve got the best referee in the world and he talked us through it,” Dallaglio replied. “He didn’t think there was enough force to warrant it being a red card. He thought the mitigation was that Montoya was already falling down and, by the way, when you play that in real time, the amount of time a defensive player has got to react from a ball off the back of a lineout is very, very slim. So I personally believe that was the right decision.”

Did Aled Davies deserve a heavier sanction for his shoulder to head collision on Montoya? 🤔@ugomonye & @dallaglio8 discuss…#GallagherPremFinal pic.twitter.com/Wi37Ds3en9